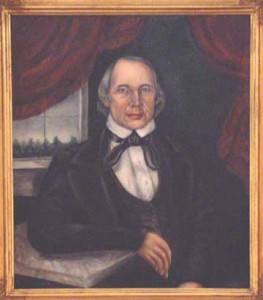 I. William J Tyler Sept 1880 – a student 1900
ii. Luther “Sam” G Tyler 1883 –
married ca 1906 Annie ca 1884
1. Sue Tyler
2. Evelyn Tyler 1921 –
iii. Clarence “Dick” Tyler ca 1886, Bertie Co NC -d. Kelford NC.
Lived on Harrell St in Kelford NC. Loved to fish.
married Steller G Harrell 30 Nov 1886 Roxobel NC
daughter of Frank Benjamin Harrell and Irenia Harrell
1. Irene Tyler 1913 – d Kelford NC
married Thomas Norfleet Wilkins ca 1910 Roxobel NC – ca 1975 Kelford NC
son of William “Billy Whit” Whitmel Wilkins and Jenny “Jennie” Tynes
lived with her parents on Harrell Street in Kelford – Tom in U.S.Army during WW II
“Tom was a great cook and was always in charge of preparing the Brunswick stew that was prepared in a big black wash pot at all the clubhouse suppers. He usually started with the hock of a country ham, pig tails, side meat, pound of bacon which was fried them out in a hot pot. Several baking hens were added to the now added boiling water, This mixture was cooked until the meat separate from the bones of all the meaty parts and could be dipped out one-by-one with the large flat paddle that was used to stir the brewing mixture. After the bone were removed the butter beans, Corn, tomatoes, salt and potatoes were added
plus several pods of red pepper. All this was allowed to slow cook with a few bubbles coming up from the low coal heat. It would take several hours more under low heat to cook down the stew until it became thick from the seaming and continues stirring to establish the correct flavor and texture. My father Hobart Austin usually was in charge of cooking the bar-b-cue chicken, etc. When the guests started to arrive and it crowd became larger than expected Tom would always ask my father, “Aus don’t you think we need to add another pod of red pepper to make sure we have enough food”
“Tom was a great outdoor sportsman. A crack quail shot but not too good at deer. His favorite statement was when you hear old Betsy roar you can come get the meat. On a hunt at Broadneck Hunt Club he let go with five rapid blast only minutes after he was let out to go to his stand. When the other hunters asked “where’s all the meat” his only reply was that the deer had met him in the narrow path and before either could react the deer had ran over him and knocked him down flat on his back. With the safety released
his gun started firing and didn’t stop until all five shells were spent streight-up into the heaven’s. Regardless of his pleads at the Kangaroo Court that night they cut off his shirttail almost up to his collar.”
” When I was 15 years old the Roanoke River flooded way out of its bank in 1939. Many black tenant farmers that lived in the low grounds were caught with no way to get out. They owned no automobile or a boat to help them escape. Tom and I took my fathers fishing boat and helped ferry out many of these families. The only way in and out was to follow the paths that lead to the homes. “Uncle” Alec Wilkins was one of the first families to be rescued. When we arrived in the boat he and his wife were standing on the roof of the house with a pillowcase full of their belonging calling on the Lord to come to their aid. From that day on he always called Tom and me ‘Big man and little Boy Jesus.’ ” anecdotes contributed by Pete Austin.
iv. Ella M Tyler ca 1887 Bertie Co NC –
married Paul Leicester 1881 –
1. Lloyd T Leicester 1913 Kelford NC –
2. Jane E Leicester 1915 –
v. Clyde P Tyler Feb 1889 –
vi. Inez Tyler May 1991 – never married
vii. Ivey C Tyler 1892 –
viii. Paul Edger Tyler Sr 1894 Bertie Co NC –
married Pauline 1891 –
1. Paul E Tyler Jr 1918 Kerlford, Bertie Co NC –
2. Mary Mitchell Tyler 1921, Kelford NC Bertie Co –
ix. Fanny Tyler Sept 1895 – .
x. Lodwick Lloyd [Lottie] Tyler ca 1897 Kelford NC – Mar 1997
US Navy World War I
married ca 1923 Hettie Brown
dau of Thomas and Molly Brown
they moved to Portsmouth Va ca 1940 5 children
xi. Vivian Tyler 1901 – ca 1940 Kelford NC
married in Bertie Co NC1919 Perry Tyler Roane Sr
28 May1892 Middlesex Co VA – 26 June 1973 Kelford NC
son of Junius Roane and Harriett “Hattie” Ella Harrell
“Perry was Postmaster in Kelford for 38 years when he retired at age 70. Owned a farm house in Black Jack area south of Kelford near the ACLRR. He kept his bird dogs here in a pen out back. Made it into a Club House. P. T. and Helen collected menus from many famous restaurants from all over the world and walled papered the dinning room with them. It was a real conversational display for everyone to check their favorite main course or a dessert to order from. Vivian was his second cousin.” Pete Austin
1. Perry Tyler Roane Jr 21 May 1921 Kelford NC- 25 May 1972 Williamston NC.
married 30 May 1947 Helen Lavinia Johnson