Hornet’s Nest- June 24, 1813 – Died suddenly on Thursday the 17th inst. Mrs. Eliza M. Clifton, aged 16 years and five months. She left an affected husband and a numerous circle of relatives and friends to deplore her loss. She was of artless affectionate disposition, inoffensive in her manners and generally beloved.

Jonas Clifton had died in 1814 leaving his and Elizabeth’s orphan, Elizabeth Ann Clifton.

1806 – John Hill Wheeler was born in Murfreesboro NC on the 2nd of August 1806, son of John Wheeler, Merchant and his wife Maria Elizabeth Jordan as their 6th child [four had died as infants]

He was educated at the Hertford Academy and Columbian University in Washington, D.C.

1826 – He grad 1826 from Columbian College of Washington, D.C. [now George Washington University] and practiced law, having studied under the chief justice of the North Carolina Supreme Court [MA from UNC.]
candidate for House of Commons. Hornet’s Nest- Nov. 28, 1827
Col John H Wheeler served in the State Assembly between 1827 and 1852 at various times.

Raleigh Biblical Recorder Dec 7 1836:
Mary Eliza Wheeler’s father, Rev. O B Brown believed that females were equal to men in mind and gave her every encouragement to learn. “The whole circle of literature and science she trod with enthusiastic delight. In the Latin and Greek languages, she became more than a proficient and could carry on a familiar conversation in the former with classical accuracy and perfect facility. Besides the French, she had also made significant progress in several others of the modern languages, especially the Spanish and Italian, to be able to read them with advantage. In general mathematics, natural philosophy, astronomy, chemistry, botany, popular anatomy, physiology, geography, history and chronology, she was well versed; and so minutely exact was her knowledge of the different branches of study, that she was frequently appealed to by gentlemen of liberal education to decide questions of literary criticism or scientific discussions. Nor was she unmindful of the ornamental branches of education, especially those of painting and music, in both of which she attained to superior excellence. But her extensive and various acquirements in all the branches of solid learning, which surpassed any of her sex in this country, constituted only in a subordinate degree her real worth. . . . She had not only read the sacred pages over and over, but had pondered them deeply in her mind; and the margin of her bible is filled with notes and reflections marked with her own hand, shewing an evangelical train of thought, arising from a mind sanctified by the Holy Spirit of God . . .” She never joined a church; was very interested in Sunday school work and charity to the poor. Died at Tuleyries, near Millwood, VA. Oct 4 1836. [Millwood’s over near the West Virginia border. The obit. was likely composed by S J Wheeler.] — compliments of Tom Parramore

1837 –He was appointed state treasurer, the Superintendent of the U.S. Mint at Charlotte

In 1837 he was appointed Superintendent of the Branch Mint of the United States at Charlotte. 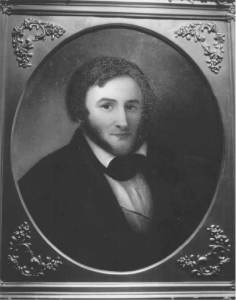 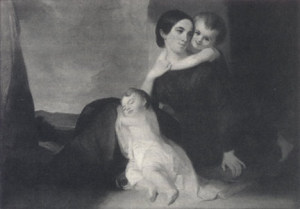 1851 – he published his history of N.C.
In 1851 he authored Wheeler’s History of North Carolina, the first such work by a native son.
1854 – appointed the third U.S. Minister of Nicaragua”
He left Washington for Nicaragua with a servant woman and her two sons, who were his slaves.
Upon reaching Philadelphia, a mob entered the ferryboat, and in spite of the entreaties of the woman and her boys, took them violently from Colonel Wheeler.
He also had ill-luck in Nicaragua, he sided with the wrong party in a civil war,
was imprisoned and ordered executed.
The intercession of the American Secretary of Navy saved him. 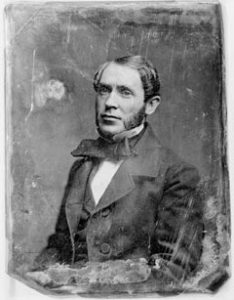 John Hill Wheeler, US Minister to Nicarauga
photo by Mathew Brady bet. 1844-1860
part of the Daguerrotype Col. of the Library of Congress

He returned to Washington, D.C. where he remained for the rest of his life,
except in 1861 he returned to his farm in North Carolina

“My traveling companion on the night of this
occurrence and the following day was Colonel Wheeler,
Ex-Minister to Nicaragua, Vestryman in Dr. Pinckney’s
Church in Washington, D.C., one of the most agreeable
men to take a trip with I had ever met. His wife was
a daughter of Sully the artist.” page 20

Dr. Quintard was traveling through the Virginia
mountains in August/Sept 1861 attempting to join his unit.

Wheeler then decided to make a trip through the blockade to England and France
in the middle of the Civil War to copy records about Colonial North Carolina. 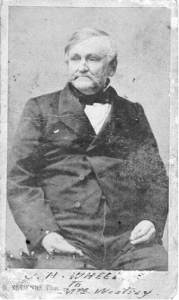 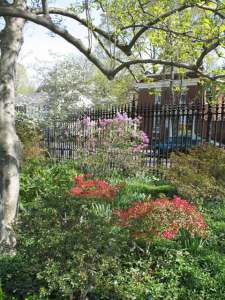 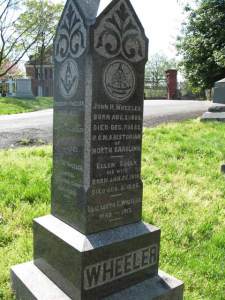 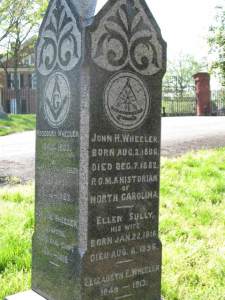 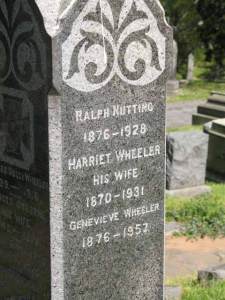 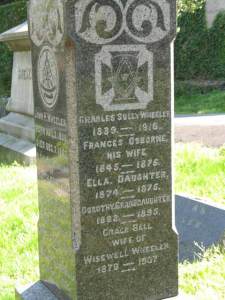 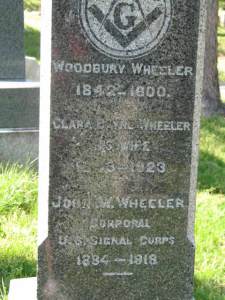