This is my working hypothesis – the way I see it as of this moment!!
using research of William Boggess 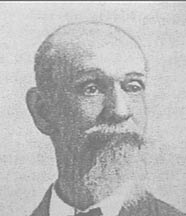 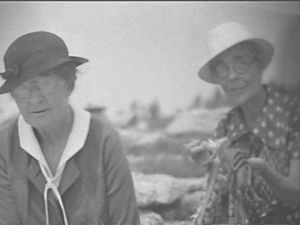 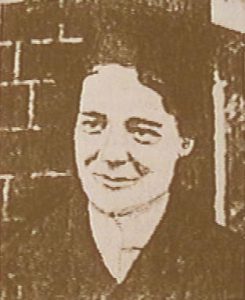 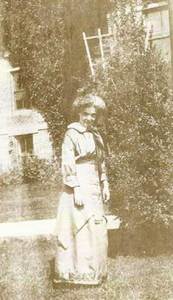 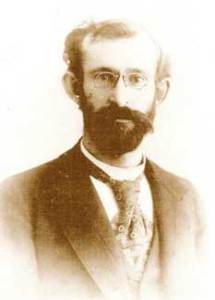 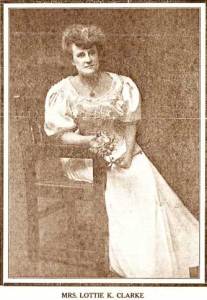 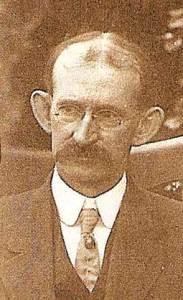 notes from William Boggess:
Oliver Gray enlisted under Solon in Civil War, Solon due to health left service Jan 1862.
Oliver’s wife Virginia (Jennie to family) LaFayette Davis kept a diary (actually several diaries which now may end as a published book under Dr. Carl H. Moneyhon, following this months discovery of 845 more pages in the Ark History Commission files, listed as letters), which was published in Ark. Historical Quarterly in 1983, by Dr Carl H. Moneyhon of UALR.
She and Oliver had the first “chairs” her’s Drawing and Painting, his Civil Engineering in 1874 at what is now U of Ark., w/ its 1st classes Feb 1872.
She died 1886, he married Solon Borland’s youngest daughter, Mollie, and her 3 kids in 1889.
They left the university after 21 years, in 1895 to become Superintendent of Ark School For the Blind at Little Rock where he died 1905.
Mollie was Matron, she had, after losing husband to yellow fever in Memphis 1878 epidemic, became Matron of Deaf School in Little Rock after 1880.
Ark School of the Blind named their 1st brick building in 1869 after Col Gray while he was president of St Johns’ College in Little Rock, the college with most prestige in Ark. much later, the University likewise with building “GRAY HALL” in 1906, both buildings now gone. Little Rock in 1950 for the Governors Mansion (using the old bricks), and the Univ with Mullins Library in 1966.
– from Introduction to “That Man Named Solon” by Bill Boggess.
“We became interested in Solon Borland and his family, who lived in Princeton, AR 1858 until 1860/1 returning in 1863 till 1868/9, while researching booklet; “The Grays From Maine” (15 Jan 2004),
http://www.rootsweb.com/~arwashin/pics/grays.htm &
http://worldconnect.rootsweb.com/cgi-bin/igm.cgi?op=GET&db=:2621954&id=I544058777
concerning Virginia (Jennie to family) LaFayette (Davis) Gray (1834ME-1886AR), Colonel Oliver Crosby Gray (1832ME-1905AR), and infant son Clyde Leslie Gray (1859MN-1861AR) arriving at Princeton via stage coach from Holly Springs, Marshall County, MS, fall of 1860, adopting Arkansas to educate its youth, — she 21 years, he 45 years until death. Two unselfish, dedicated, pioneer school teachers, extraordinaire, found in the Reynolds & Thomas, “History of the University of Arkansas”, as first faculty starting Art Department and Engineering School, respectively, for Arkansas Industrial University (University of Arkansas) 1874. He earlier had served as president of Little Rock’s Masonic St. John’s College (see photo), earlier yet, entwined with Borland family, first, as headmaster at Princeton Female Academy, next, with Virginia and girls being friends & neighbors, joining in efforts during civil war, when women of Princeton converted County Court House (see photo), Presbyterian Church and other structures into a Hospitals, treating Union and Confederate soldiers, — writing
poems, letters, songs, etc. to cheer the troops, Oliver enlisting, 29 Jul 1861, in Col. Borland’s regiment, immediately elected an officer, Gray’s being surrogate parents for Fannie Green Borland (1848AR-1879TN), Solon’s older daughter at her wedding in their Little Rock home 21 Apr 1869, after death of 1st wife, widower Colonel Oliver Crosby Gray married Solon’s younger daughter, widow Mrs. Mary M. (Borland) Beattie (1850AR-1938MO), 17 Jun 1889, both with teenage children. Her oldest
daughter, Grace M. Beattie (1872TN-1954MS) a friend and step-sister in-law, to my maternal grandparents, Dr. William (1871KS-1922CO) & Maude (1870IN-1940CO) Flora in Colorado Springs, whom I met in 1936.” -Bill Boggess

Copied by William Boggess from copy furnished by Arkansas History Commission, being copy by
the Hempstead County Clerk, dated and sealed, 21st day of April A D 1865, to wit:
———-
December 31st 1863

1st I give and bequeath to my only two daughters Fanny Green Borland and
Mary Melbourne Borland, the former of whom was fifteen years old in
September of this year and the later of whom was Thirteen years old, on
the 28th of June of the same year all my disposable property of Whatever
Kind real, personal or mixed to them and their heir’s forever,

2nd My reasons for Excluding My only Son Maj. Harold Borland of the C S
Army from any portion in the proceeding gift of my property are that he
is already grown, of Mature age, and so —— provided for in
profession and education, While they are young, and require to be raised
and provided for. besides he is a man, and they are girls, and I should
Consider it an insult to him, to deprive them of any thing for his
benefit, and a wound to his strong and generous fraternal affection.

1. The Tract of Land Seven hundred and sixty acres lying in the County
of Drew Arkansas

3. Anis(?) balance & two mules which together with Ned and George, and
also together with my outfit for traveling Clothing is in my possession
hear.

4. A lot of house hold furniture bedding to in possession of Mrs Holmes,
with whom my daughters resides in Princeton, Arkansas

5. A sum of money also in possession of said Mrs Holmes having been five
thousand and forty five dollars when I left there about the 1st of
September to be used for support and Educating, of my two daughters

6. and most important of all (viz) five thousand and three hundred
dollars in interest bearing C S Treasury Notes, bearing two cents per
day, Nineteen C. S. Bonds Five hundred dollars each, bearing seven
percent interest and twenty two C. S. Bonds of Five Hundred dollars each
bearing eight percent Interest has been paid me to Jany 1 (17 marked
out) 1864 by the depository at Houston, and the corresponding Coupons
cut off by them. The Aggregate amount of the said Treasury Notes, and
Treasury bonds being Twenty five Thousand Eight hundred dollars This
amount being in my My possession hear (underlined), at this time in
addition to the foregoing about Twenty five hundred dollars in C. S.
Notes of varying denominations now in my possession here.

The objects I have in view in making the foregoing will hear
(underlined), and at this time bring my great anxiety to provide to the
best of my ability for my two daughters, who are the dearest objects of
my care and affections coupled with my conviction that I shall live only
a few days at farthest, and my greatest solicitude being to discharge
all my duties to those who survive me and are dependant upon me. In
Testimony of all the foregoing I hereto set my hand and seal as my last
will and testament — Signed in duplicate this 31st day of December1863.

An act of the General Assembly which authorized the establishment of a
district school in every township in Arkansas was approved by Governor
Roane. The township, or district schools as thus provided for were put
“under the jurisdiction and control” of County Courts. The act further
provided that “a majority of the householders in any township in the
state may, by petition to the County Court, procure the sale or lease of
the 16th section in their township; the proceeds of which are to be
depoisted in the county treasury, and held, or disposed of, as may be
most beneficial to the township.”
(This act, which marked the first really serious attempt to establish a
system of common schools in Arkansas, was passed as a result of a promse
of additional aid from federal governmet in suport of common schools.
[United States] Senator Solon Borland
had introduced
a bill in Congress on December 31, 1849, which had already passed the
Senate, and which, if it were enacted into law, would yield as Borland
surmised, ample funds with which “to carry out the most admirable system
of common school education that can be devised.”)