Humphrey Lawrence was born ca 1726 the son of Robert Lawrence
[who died Bertie Co, NC in 1744] and Elizabeth, his wife.
Humphrey married ca 1753 Ann Ashley daughter of Thomas Ashley Jr.
Humphrey Lawrence was a Silversmith or Goldsmith as styled in the deed dated 2 Nov 1753 from his father in law, Thomas Ashley Jr
and also Humphrey’s will that was written the 26th of April 1771 and proved at the June Ct 1772.

Bertie Deed Bk G page 102
Humphrey Laurence to George Laurence Jan 9, 1747
7¬£ 10 sh for 120 acres “a Certain Piece of land which was Willed to me by my father Robert Lawrence” on SS Bear Swamp “being part of the land my Father Robert Lawrence lived on when he died” Wit: William Laurence, Alexander Haw, John Sallis . ..Feb Ct 1747

Will of Humphrey Lawrence Bertie County NC:
In the Name of God Amen
April 26th 1771 I Humphrey Laurence of North Carolina Bartie County Goldsmith being very sick and weak in body, but perfect mind and Memory Thanks be to God and Calling to mind the Mortallity of my body and knowing that it is appointed for all Men once to Die
Do make and ordain this my Last Will and Testament
that is to say principally & first of all I give & Bequeath my Soul into the Hands of God who gave it & for my Body I recommend it to the Earth to be Buried in a Christian Like manner at the Discretion of my Executors nothing doubting but at the general Resurrection I shall receive the same again by the Mighty Power of God,
and as touching such Worldly Estate wherewith it hath pleased God to Bless me in this Life
I give devise and Dispose of the same in Manner & form following
That is to say in the first place
I Leave unto Ann my Dearly beloved Wife
negro Fellow called Ben, also the House and plantation during her term of life also all — part of the Household goods and Stock For the said Term
and after her decease to be equally divided among my Children.
To my Dearly beloved son Frederick I give a piece of Land which I Bought of Wm Virgin
also an Equal part of the Household stuff and Cattle.
To my Son Reuben I leave him the Land which lies between David Bryan & Ben Cook
also an Equal Part of the Household stuff and Cattle
also one Negro Boy called Granvill.
To My Son David Laurence I give part of a still which is two thirds belonging
between my Sister Elizabeth Spruil and me
also one Negro Boy called Isaac & my Working tools also my riffle.
To my Daughter Ann Laurence I give one Girl named Treser
and an equal part of the Household Goods
and to my Son Nathaniel I give the Negro Wench and part of the Household Goods
N B none of the Goods Shall be divided Till her death.
I make Constitute and ordain my only Sole Executors my Dearly beloved wife and Humphrey Nicholas of this my Last Will & Testament.
I do hereby dis-allow all and every other Testaments Wills Legacies Bequests and Exor by Me any ways before this time Named Willed & Bequeath Ratifying & Confirming this and no Other to be my Last Will & Testament In Witness whereof I have hereunto Set my Hand & Seal the Day & Year Written. Humphrey (H) Laurence seal
Signed Sealed published pronounced and declared by the said Humphrey Laurence as he Last Will and Testament in the presents of us that is to Say
William Kington Jurat; Charles Hodgeson; Elizth (x) Boulton
Bertie County June Court 1772: proved by William Kington. Test John Johnston CJC

Reuben Lawrence & Miss Ashburn had:
Estate of Reuben Lawrence: Amount of the hire of the Estate of Ruben Lawrance Dec’d hired the 1st day of Jan 1829 for the term of a twelvemonth. One negro Jack forty dollars $40.00 Alealee twelve dollars 12.00
I Miles Bagley Adm do certify the above sale to be Just & true Miles Bagley

Richard Dillon was born in Ireland. He was a cooper in Bertie County, NC.
He was a privateer on the Greyhound during the Revolutionary War.
He was awarded 400 acres in MS for his service.

My gggrandfather was Choctaw [Turkeslaw ….. Isaiah [Ike] Hill.
The Bible and Allen Hill’s son Todd indicate Polly Graves married Turkeslaw and when he was murdered a man named Isaiah Hill came along and gave her and the baby the name Hill and split.
His grandson was named Isaiah John Hill named after his grandfather and father?? Sherry Maze

Lt. in the Revolution

17 May, 1777– Guardian Bond Thomas Lawrence guardian of Nathaniel Lawrence orphan of Thos Lawrence Bond Signed: Thos (T) Ashley, Frederick Lawrence, Asa Lawrence (Actually this was Thos Ashley guardian of Humphrey Lawrence‚Äôs orphan Nathaniel.)
“1 June 1777, Nathaniel Lawrence was Ensign 3rd NC; taken prisoner at Ft. Fayette 1 June 1779; exchanged 18 April 1781; retained as Lt 2NC, to rank from 23 Jan 1781 – retired 1 Jan 1783” Heitman Historical Ref of Officers of the Continental Army 1914. [another note he had been taken prisoner with his unit in the fall of Charleston in May 1780]
Davidson Co TN land grant Lawrence, Nathaniel, lieutentant; 2560 acres 20 Aug 1785 at Fairfield #2020
There is a letter to Nathaniel from William Blount included in Letters of Delegates to Congress: Vol 24 Nov 6, 1786- Feb 29, 1788. Dated Jan 11 1787
– Methodist – buried in Lawrence/Randle cemetery, Lowndes Co MS
– he is listed in the Mortality schedule 1850 for Lowndes Co MS age 84 born NC died Dec of gravel
[ I suspect he dropped a few years for his second wife or maybe someone misread his date of birth in his Bible as 0 and 6 were easily confused – I believe he was approaching 90 when he died.] 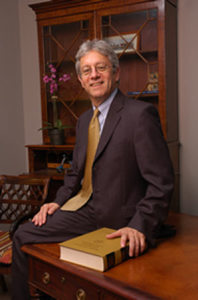