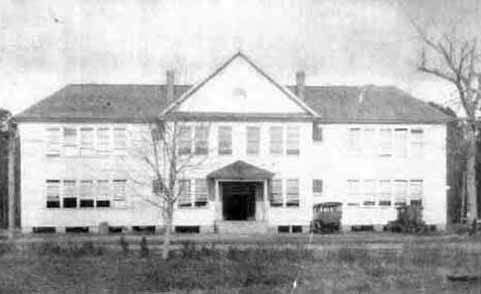 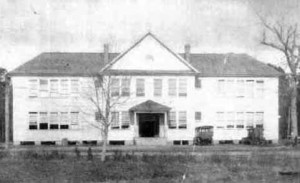 Built in 1905 by William Charles Miller, Sr.
Picture compliments of “Bobby Eure.”
The two vehicles parked in front of the building are school buses.
My father and his siblings attended this high school. 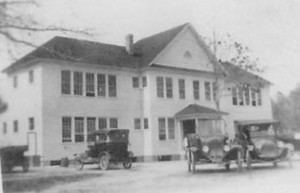 1905 Mars Hill School ca. 1924
Notice the well at the front left corner of the building as well as the Model T Fords in the yard
photo compliments of Clyde Miller and Lynn McCarthy 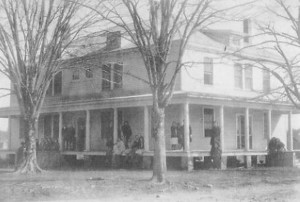 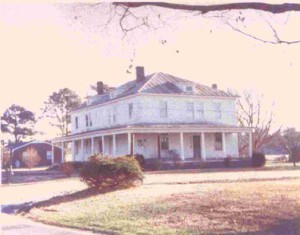 Eva Etheridge, who was a teacher at Mars Hill for the 1924-25 term, lived here in the dorm with my mother and the other teachers. The students who boarded during the week and usually went home on weekends. She married William Hersey Miller in May 1925. David Miller wrote me, “Eva bought the old school dormitory before she died to keep it from being torn down. She left it to Chowan College in her will, and they sold it to a Belch. When Belch died, Mars Hill Baptist Church bought it and tore it down.”

Aunt Julia and Cousin Alice told us about the living arrangements there.
The girls slept on the second floor; the boys were on the first floor. It seems that the girls kept their chamber pot in a closet above where the boys hung their coats — so to liven things up a little they would make a crash upstairs and yell “Look out below! Dirty water!” just to get the boys to scramble to get their things out of the closet.

Faculty at Mars Hill 1925-26
Gladiola Parker was a teacher at the high school for the 1924-25 term.
She took this picture below of the faculty for the 1925-26 term.
Miss Clara Pigg, the principal, is 2nd from left in front row.
Miss Clara Farlow is on the far right front row. 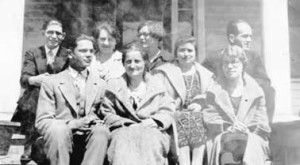 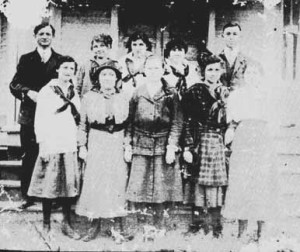 Another group picture that was in the parlor’s collection at Maple Lawn. 1923/24 Rose Cowan [Lynn McCarthy’s mother] taught 4th grade that year. She is the young lady facing to the side in the middle of the bottom row. 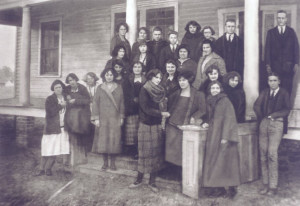 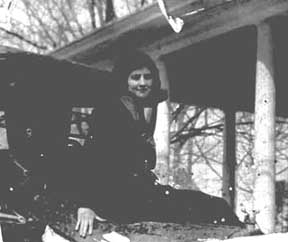 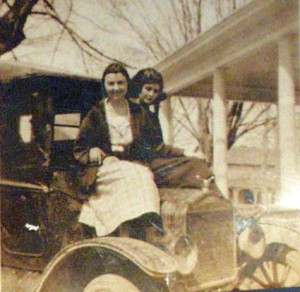 Clyde Miller made the following photo collection available. (Photographer unknown.) The original Mars Hill School (the frame two-story building) was one of the first two-story public (common) schoolhouses built in Bertie County. During the week, the teacherage housed the teachers as well as some boarding students. Although the photographs are not dated, it is thought that all were taken ca. 1924 – 1926. 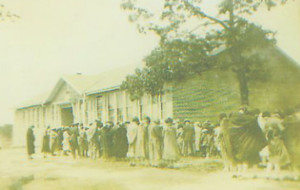 The Second Mars Hill School Ca. 1925 – 1926
Possibly the dedication of the building 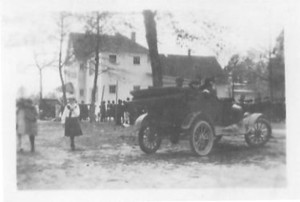