1692 – Thomas Longworth was born ca 1692.
Family tradition
says he was son of Francis Longworth of Creggan, County Weastmeath, Ireland.
Nicholas Longworth says he was born in England and settled in Newark, NJ.
It has been suggested that this Thomas Longworth, born in 1692,
was the son of Thomas Longworth [died 1705] and wife Deborah Youngs of Southhold, Long Island —
but then perhaps he IS nephew to that Thomas, and the son of his purported brother Francis.
[I have also noticed that generations are sometimes skipped in the recounting by descendents especially when all have the same name
as in this case Thomas Longworth. smk]

“The oldest burial ground in Newark, New Jersey contains the gravestone of Thomas Longworth, who died September 4, 1748, in his 56th year. His will, dated Feb 12, 1742, names his wife Dorcas and his seven children.”

Hal Langworthy says this on his web site about this man:
“The oldest burial ground in Newark, New Jersey contains the gravestone of Thomas Longworth, who died September 4, 1748, in his 56th year. His will, dated Feb 12, 1742, names his wife Dorcas and his seven children. I know virtually nothing else about him, except that he seems to be the ancestor of many, perhaps most, Longworths in America.

“According to some undocumented sources Thomas came from Craggan, or Castle Craggan, Ireland, but there seems to be no evidence for that, and I think it’s just one of at least three possible alternatives: 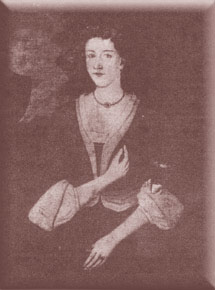 Catherine Ogden was born ca 1720 the daughter of Col Josiah Ogden and wife Catherine Hardenbroeck, who appears to have died shortly thereafter.

appeared in the NY Gazette 1 Aug 1763
To be SOLD, The Dwelling House, Barn, Garden, and Water Lot,
lately belonging to Col. Josiah Ogden, deceased;
situated at the most publick Landing in Newark, New-Jersey, on Passaic River;
very convenient for a Merchant, or one using the Seas:
The House is two and a Half Stories high, has six good Rooms with Fire-places,
besides the Kitchen.
Whoever inclines to purchase the same, may apply to the Subscribers,
who have Power to sell, and give a good Title for the same.

To be sold at publick Vendue, onMonday the 11th Day of April next, on the Premises;
CUT OF HOUSE THE Dwelling House of the late joining, situate at Newark, in the Col. Josiah Ogden, deceased, with a good commodious kitchen, a large well furnished vault, a barn, stable, henhouse, and about one acre of land adcounty of Essex and province of New-Jersey, upon the river Pissaick, about one quarter of a mile from an Episcopal church of England, about three quarters of a mile from a Presbyterian meeting-house, and adjoining to the most public landing in said town of Newark.1 The house is built of stone, and is in very good repair; it consists of eight rooms, all completely finished, six of them with fire places, one of the other two very large, and peculiarly well calculated for a store room, the other small and fit only for a bed-room. The vendue will begin at two o’clock in the afternoon; when the terms of sale will be made known, by

American Loyalist Claims abstract by P W Coldham 1980
LONGWORTH, ISAAC, Newark, NJ. He is aged and infirm and has an ailing wife.
Joined Army in 1776 and gave every service during war.
On evacuation of NY went to CT and was detained there
because wife dislocated her ankle;
after he had visited NY to look for a place to live,
found her emaciated with pain and fever,
and unable to be moved even a short distance until May 1786.
Then finding that they could not subsist in NY
they were compelled to move back to Newark
in hope that wife might recover dower from first husband’s estate
or part of her legacy; they were disappointed.
Claimant is now also lame from ill-reduced dislocation of ankle and fracture of leg.
His claim was considered in Halifax, but disqualified because residence in America,
even though other residents, including Samuel Bayard and Mrs. David Colden,
had received compensation.
Memorials: by attorney Peter Ogden 22 Mar. 1784 London;
by claimant 28 Sept 1787 NJ.
Claim: Half a mansion house and 10 acres near Presbyterian Meeting House in Newark, devised by father’s will to Thomas Longworth and himself;
half a salt meadow of 8 acres near Tompkin’s Point, similarly devised;
one third of wharf and warehouse adjoining Newark Town Wharf,
held by deed from David Ogden Jr
small store adjoining David Ogden, Jr’s house near Newark Church;
legacy due wife from her father Col. Josiah Ogden, deceased;
negroes, etc.
Evidences: Certificate that claimant acted as clerk to Purveyor-General during war
and that his house was used by Gen Hyde as quarters when Army entered NJ in 1776.
Deposition 3 Nov 1783 N. Y. C. by Samuel Ogden, late J.P. and Lt. Col of Militia
and Jonathan Sayres, late of Newark that they have valued claimant’s property.
Certificate 2 Nov 1777 Newark that claimant’s property has been sold to Benjamin Coe Jr, Daniel Baldwin, David Banks, and James Hedden.
Deposition 2 Feb 1786 CT by Jacob Ogden that in 1761
claimant was married to deponent’s mother, then the widow of Capt. David Ogden of Newark.
When deponent came of age in 1770 he went to remote part of CT
to manage forge for Mr Richard Smith of Old England,
and lived there until the peace. Mar. 1778 he set out for Newark
and in June found his mother and sister had been taken by a party of armed men
to an unfrequented place on Bergin shore, four miles from British post at Powell’s Hook—
Estates owned by deponent’s father David Ogden,
and grandfather Josiah Ogden have been confiscated.
Feb. 1784 his mother dislocated some small bones in her foot
while walking along a slippery path and since
has been unable to cross a room without crutches.
Deposition 28 Sept 1787 Essex Co NJ by claimant and wife Catherine
that legacy due to Catherine under will of her father was ordered to be paid by claimant’s father, Thomas Longworth.
Claimant never abjured allegiance to King nor took any oath to Commonwealth.
He will be 61 Dec 1787 and wife is aged 66.
Deposition same date and place by John Robinson and Caleb Sayres confirming the above.
Letter 25 Mar 1788 London from Peter Ogden to Commissioners asking leave to submit certificates from father David Ogden and from Dr. Jonathan Mallet confirming facts of case.
Letter 5 Nov 1787 Newark from claimant to David Ogden in London
saying he is glad Ogden is in good enough health to be able to travel as far as Yorkshire.
It is impossible to move Ogden’s sister to British territory;
the writer is so affected by her sufferings that he has been unable to do business effectively. “Could the King know what we have suffered and with what constancy
she has borne her sufferings, always declaring she approved
of the part I had taken in adhering to my allegiance to the King
and that she would rather suffer the loss of all her property
than to wrong her conscience and be a rebel,
I say could the King be assured of the above absolute truth,
I doubt not but some allowance would be made to render her remaining years comfortable…(A013/18/412-441).

Is this Sally’s seven-great Grandparents [or his brother]? or??

daughter of Col. John Youngs ca 1623 – 1697 and wife Mary ca 1630 – 1689.
“Col. John Youngs was a leading man of the community, and filled important offices, both civil and military. He was a magistrate, captain of the militia, and in 1662 a judge under the authority of Connecticut. In 1681 he was made high sheriff of Long Island, and was afterward a colonel of the county. He died at the age of 75 in 1698.” – Thompson’s History of Long Island

and grand daughter of the Rev. John Youngs and wife Joan.
“Rev. John Youngs, one of the original settlers of Southold, was its first minister. He had been a preacher at Hingham, England, came to New Haven with some of his church in 1640, and in October 1641 moved to Southold, where he continued until his death in 1672, aged 74. Mr. Youngs was distinguished for his general intelligence, learning and prudence, qualities which joined with the strictest integrity and virtue, secured his almost unlimited influence in society.” -Thompson’s History of Long Island, V1, p.395

Source and Ref: [Longwort] Immigrants to America before 1750 by Hal Langworthy