William Hayes, Jr, son of Jacob Hayes and his first wife, was born on his father’s farm near Bennetts Creek, Gates County, NC ca 1761.
He was a farmer and a lay Methodist preacher.

Chloe Minshew, daughter of Maximillian Minshew and his wife Mary Bond, was born ca 1767 on a neighboring farm to the Hayse.
She died ca 1825 in Gates County. (Hayes, A E: Hayes in Va & NC) 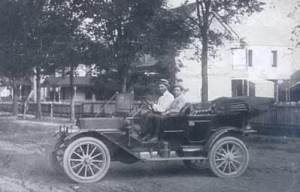 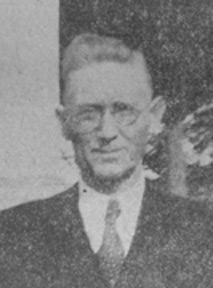 Thomas Wright Hayes was born 8 October 1809 in Gates County NC the son of William Hayes Jr. and his wife Chloe Minshew. He helped organize the Methodist Society in Gatesville in 1828 with the help of Reuben Harrell & Jesse Brown.(Harrell & Turner; Historical Papers p86) (Bangs, Hist of the Methodist Church p 358 et seq) All his adult life he worked at preaching as a circuit Rider & Minister of the Gospel. Thomas Wright Hayes married 13 December 1831 Nancy Jernigan Newsome widow of David Newsome d. 1827. They made their home in Ahoskie NC. 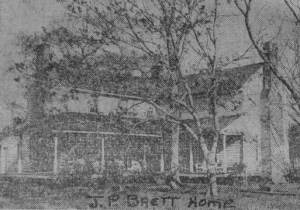 From the Historical Ed. of the Hertford County Herald 1939—
Thomas Wright Hayes, the Methodist preacher came over to Hertford County from the Reynoldson section of Gates County in 1830 and married a young widow who before her first marriage was Nancy Jernigan, a daughter of Miles H. Jernigan, grandfather of the late Thomas R. Jernigan, U. S. Consul to Japan and China during Cleveland’s administration. (Thomas R. Jernigan was the father of Roberts H. Jernigan, Ahoskie’s present day postmaster). Two of the sons of the union between Thomas Wright Hayes and Nancy Jernigan, Thos. C and Richard A. later became owners of the original home tract by inheritance and purchase from the other heirs. There were 100 acres and it was divided into 45 and 55 acre tracts. Richard Hayes taking over the former and Thomas Hayes the latter which included the original home now owned by J. Hayes Brett, a great-great grandson of Miles H. Jernigan. Richard Hayes erected a home on his tract, located on the spot where his son Ernest Hayes now lives. The house burned years later and the present residence was built on the same ground.
The two sons–Richard and Tom Hayes– married three of the Montgomery sisters, daughters of a family long prominent in the affairs of this county but whose direct descendants no longer live here. Thomas married Fannie C and Richard was twice married first to Ella and then to Olive. Ella M. Hayes, sister of Richard and Thomas, married R. S. Baker, and settled in Ahoskie. Other children of Thomas Wright Hayes left to make their homes in other places early in life.
The children of Richard Hayes were: by his first marriage, Ernest of Ahoskie, and Mrs. C. W. Gaither of Hertford, NC; by his second marriage, Nina (W.W.) Rogers of Ahoskie, and Bertha of Elizabeth City. There were three children born to the family of Thomas Hayes: a son Ralph, who died early in life, Alpha Glenn who later married A.E. Garrett and now lives in Powellsville, NC and Stella L. the widow of the late James P. Brett of Ahoskie.

message from Peter Wade Nichols 2005:
An interesting link to my heritage! My grandfather, General Wade Hampton Hayes, migrated northward to New York near the end of the 19th century, made a name for himself as the Sunday editor of the New York Tribune and as a member of New York City’s 7th Regiment, one of the original locally sponsored militias to which the Constitution alludes (well-ordered militias) with respect to the “right to bear arms.” He subsequently became Colonel of the Regiment and served in the 1917 Mexican border campaign under Black Jack Pershing to whom he was also assigned in World War I in France. He served as the Prince of Wales’s military escort for the Prince’s tour of the U.S. during the early 1920s and was elevated to the rank of General. He subsequently emigrated, as it were, to London where he distinguished himself as one of the founders of the British Electric, and militarily as the Commander of the American Division of the British Home Guard before the U.S. entered WWII, an act for which the American Ambassador, Joseph Kennedy, attempted (unsuccessfully) to remove his citizenship, and an act for which he was personally decorated by the King and Prime Minister Winston Churchill with Order of the British Empire. He died at my family’s home in Chappaqua, NY, in 1956. I was very close to my grandfather but did not know my grandmother, Julia, who died when I was two.
Wade Hampton Hayes’s daughter, my mother, was also named Sally, and there are a long list of Wrights and Pardees but on my father’s side — which traces its lineage to the very early days of the Massachusetts Bay Colony. Peter Nichols