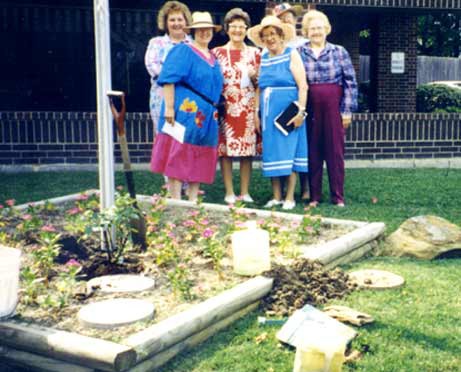 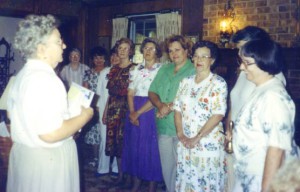 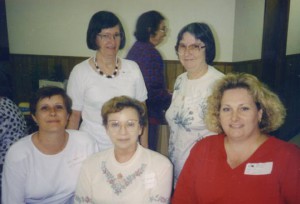 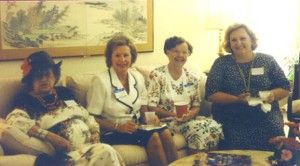 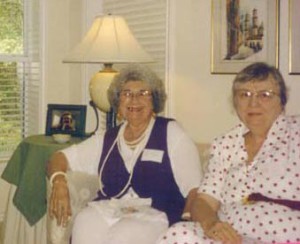 – The Club applied for awards on previous year’s work.
-The Club donated $500.00 to the Carnegie Library Xeriscape Garden Project.
– This project is a community-wide project in cooperation with a group of Clubs of Bryan.
– Arbor Day planting at Bowen Elem. School, Bryan, TX
This program won South Central Recognition for the club. 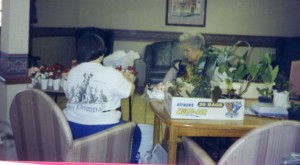 Judith Schafer and Barbara Petty
preparing for garden therapy at one of the nursing homes. 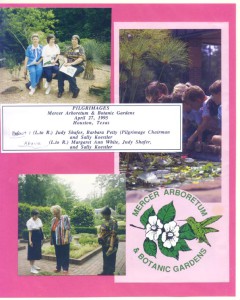 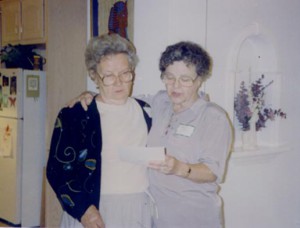 Doris Franceschini being honored for 40 years
of outstanding service to this Club.
Ruby Morse is making the presentation. May ’95
Doris was an active member of the club until her sudden death 5 years later
two days after a pilgrimage with the club.