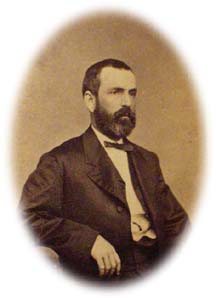 “He taught at West Point and was the author of several outstanding publications on warfare.‚”

Junius Wheeler who had lost both parents by the time he was three, grew up in Mulberry Grove, the home of his sister Julia and her husband Dr. Godwin Cotten Moore.
Letter from Junius B Wheeler to his sister Amie,
transcribed by Bea Moore mother of Tom Moore Beatties Ford NC April 2nd, 1845.

My Dear Sister Amie. You and Sister Julia are the only ones in NC that care for me. It is only to you, that I unburden what is contained in my heart. You know that I write to the rest of my relations that I am much pleased with the store of Elms & Withers but I rather die than stay there. I went to the store one morning and they told me I might as well quit. I told them I was very glad of it and left. Mrs. Wheeler, wife of Col. J. H. Wheeler but ought not to bear the name, has not spoken to me since, and she is as snappish as an old bear cutting his wisdom teeth. I will expect it of you not to let no one know anything about this matter and show no one this letter until I am by and looking which you may expect soon as she has wished me at home two or three times & called me more names than the devil can think of himself and she will listen to no explanation from me. Mr. Elms is a merchant in Charlotte and has Withers to tend to the store and to get 1/2 the profits he is low, mean and dirty dog, loves liquor, play cards, run after girls and in all a dirty town loafer in some respects. You must not get mad about my writing such dirty stuff. Col. Wheeler has not been heard from for 10 days. I expect the devil has got him. do not know nor care. if you have any word to send to Miss Sally Burton she lives in a few steps of us. Mrs. Wheeler slight me & the overseer every meal. When the colonel arrives at Murfreesboro you and sister Julia besiege him and make him promise to bring me down to Murfreesboro in the year 1845. The stage has arrived and I cannot send it; so my dear Sister you must wait two days that will be Friday a day of ill luck, so I shall make you wait until Sunday. May you have success in all your undertakings.
yours etc, affectionate Bro: Junius Wheeler.

Sister Amie (Excuse moi) I clean forgot to send this letter at the time appointed but I will send this letter tomorrow. Mrs. Wheeler is my evil genius, she has brought a charge against me about my calling Col. Wheeler a libertine when I am innocent as an unborn lamb. Also she tells me, that the reason that Dr. Moore shipped my guardiancy to Col. Wheeler was that I said that Sister Julia used to run after the men when she was sixteen. It is the first time I ever heard the charge and when Sister Julia was sixteen I was hardly thought of, there are some of the most worthless people in the world & Mrs. J. H. Wheeler is one of them. Tell Sister Julia if she knows it to be as I reckon Mrs. Wheeler has let her know before now that never was such a word in my mouth or ears until today then flung in by Mrs. Wheeler. I am innocent on that score as unborn lamb. She has ordered me out of her house. I will the ford and walk until I can get to some seaport town and then I shall go to sea. I shall wait a fortnight and if I receive no letter from you I will leave thinking you believe what Mrs. Wheeler has flung up to me.

Soon thereafter he enlisted at age 16 in Major William J. Clarke’s company during the Mexican War. For gallantry at the battle of the National Bridge, between Vera Cruz and the City of Mexico, Wheeler was promoted to be Lieutenant of Eleventh U. S. Infantry. He survived the dangers of the war and horrors of the Mexican climate and after graduating with high distinction at the military academy at West Point won consideration as an army officer.

Found this in my guest book from a Helen 7/20/2020:
Hi Sally. I’m currently reading a book entitled “The Journal of Agnes Lee” daughter of the honorable General Robert E Lee. On page 47 she mentions receiving a Valentine from Cadet Lieutenant Junius B. Wheeler and quotes: about the greatest lady’s man in the room.”

He served in the Army Corp of Engineers, then taught at West Point as Professor of Engineering during the Civil War and for many years afterward. Junius authored several publications on warfare.

At the end of the Civil War, Dr. G. C. Moore had not yet settled the guardian account for Junius and the only property he still owned was his home so he transferred title of Mulberry Grove to Junius Wheeler who deeded it back to his sister Julia W. Moore who was the wife of the said doctor. She later deeded the property to Annie T. Moore the wife of her youngest son. 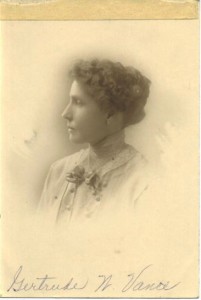 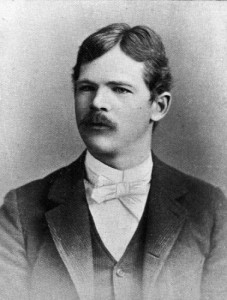 “She was one of the 13 charter members of the Daughters of the American Revolution Chapter in Olympia, Sacajawea Chapter, the first Corresponding Secretary and Sacajawea Chapter Regent 1918-1919.
She was a descendant (great-granddaughter) of Revolutionary War Commodore Thomas Truxton and Mary Van Drieull, his wife.
Thomas Truxton (1755-1822), commanded many privateers and made valuable captures.
He was born on Long Island; died in Philadelphia.
Her father, at age 16, enlisted in Major William J Clarke’s company during the Mexican War and afterward graduated with high honors from West Point where he became a Professor of Engineering.
She was the granddaughter of George Beale and Emily Truxton, his wife. Her father-in-law was Zebulon Baird Vance, a Confederate military officer in the Civil War, the 37th and 43rd governor of North Carolina, congressman, and U.S. senator.
Her husband Thomas practiced law in North Carolina before coming to Yakima, WA when he was appointed by President Cleveland as a receiver of public money.
In 1897 he became an Assistant Attorney General in Olympia for two years and continue his career as a private Olympia area attorney, identified as a ‘highly esteemed lawyer’ in American Blue Book, Western Washington, 1922.
He practiced in the same firm as Frank Christensen.
She and her husband built a house in the South Capitol National Historic Neighborhood in Olympia at 317 E 17th in 1904 and the second house at 321 17th Ave SE around 1925.
The second house is called Vance House and is in English Revival style. She owned the house until 1951.
Thomas died in 1928 and Gertrude survived him until 1961 when she died at the age of 94 in an Elma, WA nursing home.” 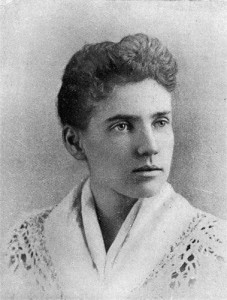 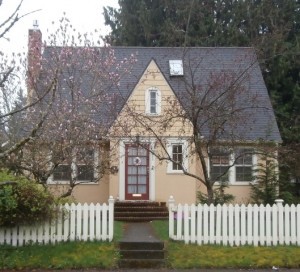 The Vance House built about 1925 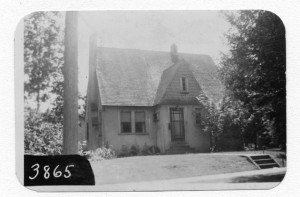 1939 picture of the Vance House