Dorsey Asa Sanderlin, son of Joseph Sanderlin and his wife Charity Sawyer, was born in the Gumberry section of Camden Co., NC [now Belcross] in 1811.
His father died in 1815.
Dorsey was a farmer.
He was licensed to preach at the Sawyers Creek Baptist Church in 1841

The Rev. Dorsey Sanderlin, a traveling preacher, conducted the services.
Bro. Sanderlin traveled spreading the gospel, paving the way for others to follow. He was called one of the greatest “Pioneer” Preachers of his time.
9 Aug 1872 – Augustus Walker appt. Commission to wait on absentees.

The Charter members were Jasper Walker, his wife Medy; their two sons, Augustus & Haywood Walker; Joseph Taylor, Jackson Ballance, Bethuel B., Uriah B. and Joseph Simmons.
“Brother Sanderlin walked many times through the Great Swamp to hold services at Rehoboth. Known as a great “hellfire and brimstone” preacher, he preached against the devil so strongly that the people began to say, “Let’s go down and hear Bro. Dorsey’s BATTLE WITH THE DEVIL, TODAY.” and so Rehoboth acquired the name “Dorsey’s Battleground,” deriving the name from the place where Dorsey Sanderlin fought the Devil.”
“Rev. Sanderlin did not receive a regular salary from the church, but rather it took a collection at each service for him. Some of the church members would give him hams from their smokehouse, corned herrings, hay for his horses, and other commodities. Bro. Sanderlin moved to Pasquotank County before his death and is buried there near Woodville. He married the former Chrissa Walker.”
from a “History of Rehoboth Baptist Church.

In Nov 1836 in Camden County, North Carolina, Lydia and Dorsey sell property (that they had inherited on the death of her father, I think.)
From the census I learned that Dorsey had at least five wives: He married first Lydia Walkup about the year 1830. But there are some documents that speak of his now wife, Jane, executed in 1846. From her son Dorsey Jr death certificate we learn that his mother’s maiden name was Jane Gregory. [compliments of Marty Markham]
In 1850, the census St. Brides Parrish, Norfolk Co., Virginia, shows his wife as Chrylsa. Christian Owens was born ca 1823 in Tyrell City NC, the daughter of Isaac Owens [1768-1849] and Ann Foster [1784-]. One tree in FHC gives this person as the mother of Rebecca.

Book AA page 386
North Carolina, Camden County: Know all men by these presents that we Jesse Linton & wife Fanny & Haywood B Upton of this county & state aforesaid have for & in consideration of the sum of Fifty dollars to us in hand paid by Dorsey Sanderlin of the county of Currituck the receipt of which is hereby acknowledged hath demised, released, and forever do quit claim all manner of Right interest claim or demand sum or sums of money due to us or which may hereafter become due to us by reason or virtue of a covenant in writing executed by the said Dorsey Sanderlin to James M Morgan in trust for the benefit of Jane Sanderlin then wife of said Dorsey Sanderlin if should survive him & in case the said fem should not survive him then for the benefit of his heirs at law of whom we the said Fanny & Haywood are two, said covenant ordered in trust bearing date the 2nd day of Jan 1846 & Registered Office of Camden County Book Y pages 166 & 167 and we do for the consideration Aforesaid release all manner of Rights Claims or demands growing out of or accruing to us in anyway involved with the said trust contract or covenant In Testimony to hereof we the said Jesse Linton & his wife Fannie & Haywood B Upton have here unto set our hands and seals This the 9th June 1857. Executed in the presence of G W Brooks
Jesse [x] Linton [seal] Fanny [x] Linton [seal] Haywood B Upton [seal]

North Carolina, Camden County, Court of Pleas & Quarter June Term 1857. The foregoing deed of release from Jesse Linton & wife Fanny & Haywood B Upton to Dorsey Sanderlin was exhibited in open court and the execution thereof was acknowledged by the said Jesse Linton & his wife Fanny & Haywood B Upton who appeared in open court in their own proper persons. Whereupon & on motion the court doth appoint Archibald Cherry Esq an acting Justice of the Peace in / for the county of Camden & a member of the court now sitting to take the private examination of the said Feme Covert bargained to this deed & make report to this Term of the Court. Wm A Duke C Clk
“..the said Fanny declared acknowledged & said that she executed the said deed fairly…”

Will of Dorsey Sanderlin, Pasquotank Co, NC,
(transcribed by Sally Koestler microfilm copy LDS);
In the Name of God Amen! I Dorsey Sanderlin of Pasquotank County in the State of North Carolina being at this time of sound and disposing mind and memory, do make publish and declare the following to be my last Will and Testament hereby revoking and annulling all former wills made by me.
I give and bequest to my wife Chrissa for and during the term of her natural life all my estate of every kind real personal and mixed, but I charge her out of the said estate so given to her with she support and maintinance of my afflicted daughter Mary Ann during her life, It is my desire that if at any time after my death and during the life of my wife it should be deemed necessary by my wife to dispose of any portion of my personal estate for the purpose of obtaining comfortable support of herself and my said daughter she my dispose of any of the personal property for that purpose but no part of the same shall be disposed of for any other purpose and in no case shall my wife sell or dispose of any of my real estate — I further empower my wife to give off to any of my children by her any portion of my personal property that she in her best judgement shall conclude may be spared after holding back a sufficiency for the comfortable support and maintenance of herself and my said daughter.
I give and devise to my daughter Martha Susan Sanderlin after the death of my wife and to her heirs One full half in acreage of all my lands as follows 1st that slice of my home tract called the homestead supposed to contain twenty-six acres 2ndly enough in acres to be ascertained by actual survey of the larger slice of my home tract to be laid off from that end of the same adjoining the lands of EW & M Sanderlin the same being new ground, The whole of the home tract, both slices, including the homestead slice is supposed to contain One hundred and eight acres but one full half of the same be that fifty four acres more or less as above designated is the portion that I give to my said daughter Martha Susan, I also give to my daughter Martha Susan Sanderlin one full half in a acerage of that tract of land supposed to contain twenty six acres that I recently purchased by deed from Charles Lewis the same to be laid off from the Southern end the said Lewis tract. This gift and devise to my said daughter Martha Susan and her heirs but should there be default of children or issue of her, then the above deeds to her shall service and pass to my daughter Sallie Dudley and her heirs.—–
I give and devise to my daughter Sallie wife of W W Dudley all the rest and remainder of my hometract the acreage of which half is supposed to by fifty four acres but whether the same be 54 acres more or less it is my intentions that she shall take and have one full half of said home tract. I also give and devise to my said daughter Sallie the rest and remainder of my other tract of land purchased from Lewis after my daughter Martha Susan half of the same as above devised shall be laid off. And if my daughter Sallie shall die childless and with out issue the lands so given to her shall pass to her Sister Martha Susan and her heirs in fee. All the above devises to begin and take effect at the death of my wife and not before and they are charged equally with the support and maintenance of my daughter Mary Ann during her life if so be that she survive my wife Chrissa. I have purposed to give to my son Dorsey A Sanderlin the sum of Three hundred dollars in money payable fifty dollars a year beginning with January 1881. My intention is to make these yearly payments myself, but if I should die before all or any of them shall be paid then I charge by estate with any balance of the said Sum of Three hundred dollars to be continued to be paid in fifty dollars yearly installments. that may remain unpaid at my death to the said Dorsey A Sanderlin.
I charge my personal estate in the hands of my wife by virtue of the above bequests to her with the payment of all my Just debts, the chargeof executors this will and my burial expenses. I nominate and appoint my beloved wife Chrissa to be the sole Executor of this my last will and testament Witness my hand this 1st day of September 1880
Dorsey Sanderlin
Signed, published & declared by Dorsey Sanderlin as his last Will and Testament in our presence and attested by use by his request and in his presence, date above written
Frank Vaughan John H Perry
Probated 10 Sept 1881 Chrissa Sanderlin Executrix by Frank Vaughan John H Perry
Miles Commander Judge of Probate 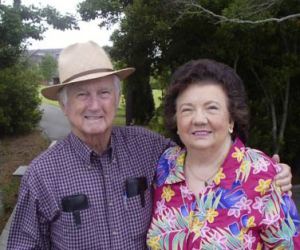 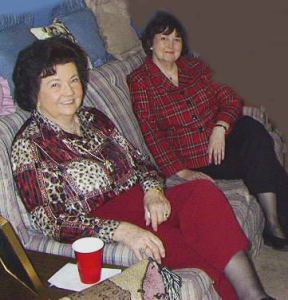 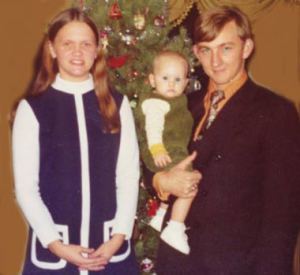 Sandy and Debbie with Missy ’72 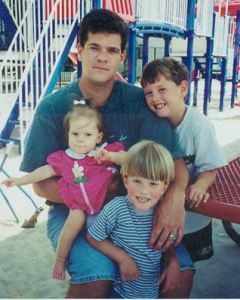 2000- Chris Parker and his children 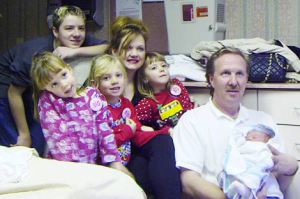 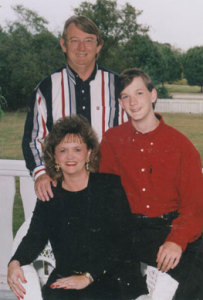 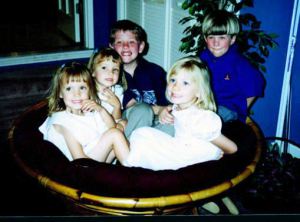