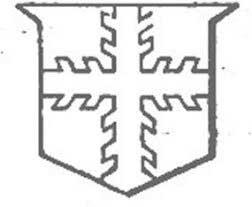 The first Squire of Ashton Manor was John Lawrence and the first to use the surname Lawrence.
John Lawrence was a Member of Parliament in 1301 for Lancaster 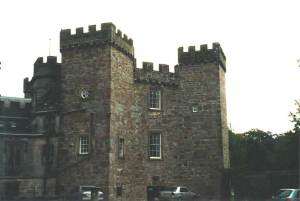 Richard, son of William the Cook, gave lands to Thomas, son of Richard de Stainall in 1315-16. This same Richard also gave land to John Lawrence and his wife Elizabeth.
In 1323 John Lawrence held 30 acres in Skerton by a rent of 6s. 8d.

In 1331, John made a complaint of trespass on his fishery at Ashton.
John in conjunction with Elizabeth his wife and Edmund their son held the Stapleton part of Ashton manor in 1338 for life.
The family then or a little later obtained, apparently by marriage, the estate of the Gentyl and Washington families in Carleton, Scotforth, and elsewhere.

Also in 1331, he was holding lands in Lancaster and Lentworth from Robert de Holland.

In 1337, John Lawrence of Ashton obtained land in Stodday on Netherbaiske Brook from Robert son of Thomas son of Roger de Stodagh

In 1346 he was a partner in a farm belonging to the Cockersand Abbey Estate and at an inquest was holding additional lands in Lancaster from the Earl.
In 1346 he was paying the Earl 10d. annually for the harrowing, reaping, etc., due from 32 acres in Skerton.
Also in 1346, he held a half plough-land in Amounderness Hundred by the service of two crossbows.

In 1347 John gave to John the Frereson and Joan his wife (who had sons John and Edmund) a burgage in St. Mary-gate upon Caldkeld Bank and was master of the manor of Ashton by a yearly fee of ¬£22.
In 1348 he was holding 5 acres in Skerton and Hackensall from the Duke and was a partner with his nephew, John Lawrence of Lancaster, in the milnfield in Lancaster.
In 1347 John Lawrence held the Coucy moieties of Ashton and Scotforth at a rent of ¬£22.

In 1348-50, William de Heaton made a claim for messuages, etc., in Lonsdale against Thomas son of Marmaduke de Thweng, John Lawrence of Ashton, William de Washington, and Robert de Haldleghes.

According to the Imperial Gazetteer of England, Ashton Hall is the seat in the township of Ashton-with-Stoddy, Lancashire, between the Preston and Lancaster railway and the estuary of the Lune, about 2 and 3/4 miles south of Lancaster. Ownership of Ashton Hall eventually passed by marriage to the Dukes of Hamilton. It currently is the headquarters of the Lancaster Golf Club.

in a suit in 1292 and 1302 Lawrence de Lancaster sets forth his claim to 30 acres of land in Skerton.
He was the brother and heir of John, son of Thomas, son of Roger de Lancaster.
Lawrence complained that John le Gentyl and Agnes his wife were making waste in lands of his held as Agnes’ dower.
In 1323 the Millfield contained 20 acres and was held by tenants William and Randle le Gentyl, John and Alice Lawrence, and others.

In 1297 he held 30 acres in Skerton by a rent of 6s 8d which he had obtained from Nicholas Gentyl in 1292 who had held the land as trustee for Lawrence‚Äôs brother John who had enfeoffed Nicholas.
Also in 1297 there were three free tenants of Lune Mill, Lawrence son of Thomas de Lancaster, the Abbot of Furness, and Alan de Parles.

In 1317 Lawrence son of Thomas de Lancaster granted lands in Skerton, Ashton, Brantbreck, Grisehead, &c. to his son John Lawrence and Elizabeth his wife.
From this time on Lawrence was used as the family name.

The de Lancasters were barons of Kendel.

The first mention of the family is in a suit in 1292 where Lawrence de Lancaster of Ashton sets forth his claim to 30 acres of land in Skerton. This suit mentions the first three generations of the family beginning with this Roger de Lancaster and it appears that they were of a family long settled in the nearby town of Lancaster.

the evidence strongly suggests that the Lawrences of Ashton Hall descend from Roger de Lancaster. The question remains whether this Roger de Lancaster was is some way related to the Sir Robert Lawrence of the Crusades. There appears to be evidence that this Sir Robert existed. But he is referred to as Robert Lawrence and surnames generally did not come into use until the late 1200s or early 1300s and John Lawrence, the first Squire of Ashton Hall is the first to use the Lawrence surname having taken it from the given name of his father Lawrence de Lancaster. . . . by Paul E Lawrence

[According to H G Somberby this generation was
Sir Robert Lawrence b 1185/90; married about 1215 dau of Trafford, Esq of Lancashire]

Perhaps the Roger de Lancaster mention in Schuyler’s manuscript was a descendant of the Sir Robert Lawrence or de Lancaster of the Crusades.
The Arms given in the College of Arms is the Arms that is used by this Lawrence Family.

According to H G Somberby this generation was
Sir Robert Lawrence b 1155/60 – 1216 who had arms [a cross raguley, gules] conferred upon him by Richard Coeur of Lion, for his bravery in scaling the walls of Acre in 1191.

According to this genealogy, the Lawrences of Ashton Hall are descended from a Robert Lawrence born about 1150 A.D., or about 1155/60 A.D., depending on the writer, in the vicinity of Lancaster, England.
One source indicates that his father also was named Robert and worked as a silversmith for the Lord of Lancaster Castle. Lancaster Castle was established about 1100 A.D. on the remains of three Roman forts and today is a prison.
Somberby’s account of the Lawrences may have been drawn from Fosbroke’s History of Gloucestershire. This work also is cited in Nichols’ The Herald and Genealogist where the lineage is quoted from Sir Robert Lawrence, knighted on the Crusade to John Lawrence who married a Holt as shown in the table below.
Nichols goes on to say “What the value of the above may be, unattested by evidences, I must leave your Correspondents to determine.”

Robert Lawrence joined the Third Crusades in 1187 A.D. led by Richard Coeur de Lion.
He traveled by ship first to Cyprus and then to what is now present day Palestine.
There he took part in the siege of Acre.
One version indicates that he scaled the walls of Acre with four other men and opened the gates to the armies of the Crusades.
Another version indicates that he was the first to raise the flag of the Crusades on a Palestine hill during the siege of Acre.
For his deeds he was knighted by King Richard in 1191 A.D. and was given Ashton Hall.
Another writer indicates that he was created a Knight-Banneret
(a military Knighthood and the highest grade in the Middle Ages)
and was allow to bear for Arms, Agent, a cross ragul gules, a red cross of trunks of trees having pieces like couped boughs projecting from the side in a slanting direction, on a silver shield.
This Arms is registered with the College of Arms in London, England.

Sir Robert Lawrence also is referred to Robert de Lancaster in some texts.
This probably is more accurate as surnames did not come into common use until the late 1200s or early 1300s.

One source indicates that within the halls of Ashton Manor is a silver cup adorned with the motif of Roman armies and the Roman General, Julius Agricola who was born in the year 40 A.D.
Legend indicates that General Agricola arrived in Lancaster in the year 89 A.D. where he and his armies built the first wooden fort upon a hill where Lancaster Castle stands.
During his stay, he met and fell in love with a young British girl by whom he had a son.
He was unable to take the girl and child with him when he returned to Italy where he had a large estate, wife, and children. He gave the cup to the girl as a legacy.
The son supposedly became the first silversmith in a long line of silversmiths and, according to legend, was the direct ancestor of the above Robert Lawrence.
No basis for the legend appear in existing records but no doubt the thousands of Romans marching through England left some genetic connections behind.

Sir Robert Lawrence existence is proven by the recording of his knighthood in the College of Arms and his being mentioned in the French scribe’s rendition of the ‘Intinerarium’ a day by day account of the Third Crusades. by Paul E Lawrence

Sources and Ref: see Paul Lawrence’s web-site for additional information on our ancestors in England.
Pedigree of Lawrence by H. G. Somerby, Esq.
Genealogical Memoir of the Family of John Lawrence, of Watertown, 1636
The Descendants of Major Samuel Lawrence of Groton, Massachusetts by Robert Means Lawrence
A Genealogical History of the Families of Paulet (or Pawlett), Berewe (or Barrow), Lawrence, and Parker by Charles A. H. Franklyn
The Schuyler Lawrence Manuscripts
The Victoria History of Lancashire by the University of London, Institute of Historical Research
The Herald and Genealogist Vols. II, IV, and VIII edited by John Gough Nichols
Extinct and Dormant Baronetcies of England, Ireland, and Scotland by John Burke, Esq. and John Bernard Burke, Esq