“Our next-door neighbors at Maple Lawn”

(Squire Pelt) Daniel VanPelt Sessoms 9 May 1809 – 4 Oct 1888 ts
IN MEMORIAM. Of Daniel V. Sessoms, who died Oct. 4th 1888 of valvular affection of the heart, in the 79th year of his age.
In respecting the virtues of my departed friend I could not say less, than that he was one of Gods noblest works, an honest man.
Square Pelt was born on the 9th of May 1809, and was reared on the farm.
While a boy, before reaching his majority, he clerked for Watson Lewis Sr. at White Plains near Pitch Landing in Hertford, the county of his nativity
This confining life not being conducive to his health, he returned again to the farm, and in early manhood married Miss Elizabeth Tayloe, who lived but a short while.
Her stone in the Sessoms’ Cemetery reads “Eliza Tayloe Sessoms, Consort of Daniel Sessoms, who died Jan 25th, 1839, Aged 25 years.”
In 1839, he married the second time to Mrs. Eliza Freeman who survives to mourn his loss.
He was elected and served in the Senate of N.C. the sessions of 1850 and ’51;
and for many years anterior to the war, held the position of magistrate,
when that position was an honor.
Square Pelt was always an uncompromising Henry Clay whig,
but since the war allied himself with the Democratic party and was earnest in his zeal for the principles enunciated by that party, for good government.
He had no church affiliations,
but his predilections followed the teachings of John Wesley.
He was a close and earnest student of the Bible; drawing his own deductions,
and entirely discarding the infallible essential ordinance of water baptism
as taught by many, and construed this ordinance
as being the manifestation of the Holy Ghost unto us. . . .
He was a true friend and an enemy to no man;
he was free and open, and while he condemned wrong in every guise,
there pulsated in his breast a heart filled with the noblest charity to all mankind.
For the last few years, his feeble health has prevented his mixing into society,
except around his own fireside where hospitality has always been lavished with free and open hands. He was a Stoic to the ills incident to flesh and by his consistent life,
left an example that will live through years to come. . . .S. M. A. . 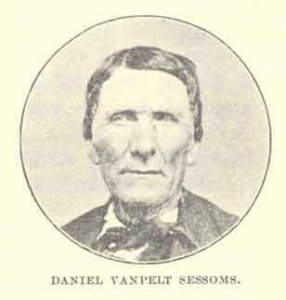 In 1849 Daniel Van Pelt Sessoms of Pitch Landing was chosen to represent Hertford County in the Senate. Mr. Sessoms was a thorough Whig, but entirely amicable and much admired as a neighbor. ……. In the Pitch Landing neighborhood, D V Sessoms was ever active and useful in his magisterial functions. He is still noted [1877] for his public spirit and extreme kindness to his neighbors. J. W. Moore in his Sketches of Hertford County

5th-grade teacher in Ahoskie for years

“Mr. Josiah Mizell, aged about sixty-five, died at Colerain on the 13th. One week later to the minute last Friday, his wife died. On Sunday last Mr. Frank Wilson a merchant of the same place aged about 40 died. Messrs. Wilson and Mizzell were proprietors of the Colerain fishery.
Mr. John Wilson, of the same place, who was struck on the head recently by a negro is still in critical condition.”
“Murfreesboro Index”, John W. Hicks, ed., Murfreesboro, NC Friday, March 27, 1896 (Vol. XI, No. 30) 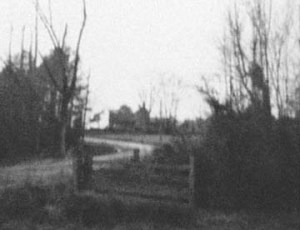 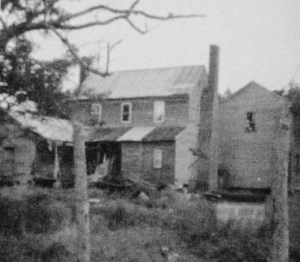 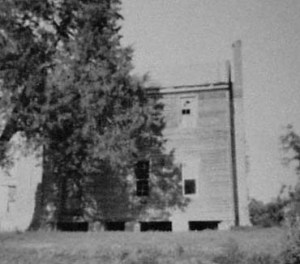 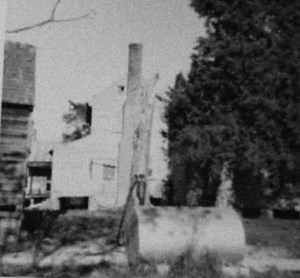 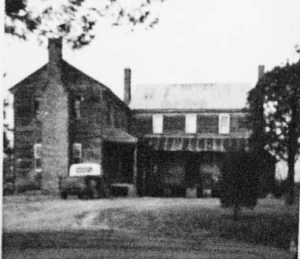 photos by James Moore ca 1970
Billy Raynor of Ahoskie says the house is “Tydewater Construction.”
Col William Jones’s widow and children sold the house and farm to VanPelt Sessoms in 1828 and removed to Haywood County, TN. The large marble monument on Col. William Jones’s grave placed there by his widow and children has vanished sometime since 1960.

Some stories about the Sessoms:

“Squire” Pelt Sessoms was referred to in the neighborhood as an ‘infidel’ because he never joined any church. His wife Miss Eliza was a devout Methodist. She was always having the circuit-riding preachers over to eat in hopes that would convert her husband. One evening she had a preacher coming on whom she had set high hopes. As she was scurrying around making preparations for the meal, she ran into her husband in the darkened passageway. She told him “Now don’t go taking all of the butter. Leave that for HIM!”
Well, the dinner was a great success. The preacher ate heartily and praised the quality of the cooking. However, it was odd how he declined to take any of the carefully-molded butter each time it was offered to him. And, Mr. Sessoms took a generous helping each time it passed him!
After the guest had left, Miss Eliza took her husband to task. “Why did you take all of that butter after I specifically asked you not to? And the preacher didn’t take any at all!”
Her husband replied “What are you talking about? You never said anything to me about the butter. And I can’t help it if that preacher was a fool and didn’t want to butter his biscuits.”
It was then that Miss Eliza realized she had mistaken the clergyman for her husband in the dark and she had told HIM not to take any of the butter!

that tale was remembered by Julia Moore Lawrence

James Moore says Paul Calvert used to tell:
After the War things were sad at Mulberry Grove. Dr. Moore wanted a more cheerful environment for Aunt Sallie and would send her to Maple Lawn to spend time with Aunt Bessie and Aunt Julia. Bessie was a year younger than Sallie and Julia just six years younger.
Aunt Sallie remembered that they could hear the Sessoms boys’ buggy when it came over a little bridge on their way to Maple Lawn. This would give themselves just enough time to get dressed and be downstairs ready to receive their callers when the young gentlemen arrived.

Some of the Sources: Interviews with Harold Sessoms ca 1970 by James Moore and notes from other documents in his possession. Conversations with other members of the family including Mrs. Lucie Carter. Various census records. Press Sessoms’s biographical sketch of the family ca 1925. The Sessoms cemetery, and the Perry cemetery and other. The Bible[1802] records of William Sessoms handed down to D.V. Sessoms. Various wills of Bertie Co., particularly those of Millecent Perry, Wm Freeman and his wife Celia Freeman.