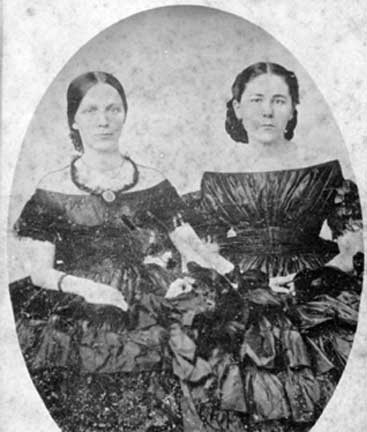 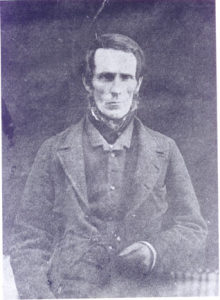 Dr. Samuel Jordan Wheeler
1810 – 1879
1833 M.D. The University of Pa.
Col of Calvary in the Confederate Army.
Postmaster of Murfreesboro.

My dear Daughters affectionate and most welcome letter of 12th is received and this evening Jno D Pusy brot your note of 27th – The vaccine virus that you used has been introduced into the arms of several persons and has taken finally. Moses was vaccinated in 16th inst and it did not affect him until he came to camp, more than a fortnight – So long a time I never heard, or read of before – For a few days after reaching camp, he was very lively. Walked up and down streets between encampments of different companies, the observed of all, quite a hero regarded with especial regard as the Col’s body servant – I read your letter to him, in which you charged to take good care of his master, at which he had a significant ” hem” as much to say that his master had to take good care of him and such indeed has been the case. For last week, it became necessary for me to communicate with Gen’l Roberson & Gen’l D. H. Hill, one living at Snow Hill distant about 5 miles, the other at Goldsboro 22 miles, as my presence was required at camp. I sent Col Cahoon, unfortunately, his horses ran away and he was thrown violently to the earth, escaping narrowly with his life, so there was no alternative; I went. Moses was my escort. We returned to camp between midnight and day having ridden on horseback nearly 70 miles. You may suppose that I was somewhat fatigued, but the next day, or rather 3 hours after, when I arose I felt as bright as a lark, but my valet keeled over fairly, and went to bed, a very sick man: for 48 hours, the surgeon regarded his case as critical: meanwhile I watched & nursed him attentively: hence his significant “hem” when I read your monition to take good care of his master. He has now reported for duty however and has gone out and attended to Fanny’s wants. I hear him now laughing in his own peculiar nervous manner. In consequence of his indisposition, we have no washing done this week, and the clothes he washed last week are not ironed. I have just put on a collar, and although white and clean, this is not so smooth as you may have seen, but quite comfortable.
I have just been interrupted by Dr. Ben Williams the great Psychologist.  He made many inquiries after old acquaintances, time seems to have dealt gently with him. On the Cars not so long since, near Goldsboro, I met Mr. Hughes, former proprietor of the Aurora he heard my name, we soon found each other out  He inquired for you  At this time he is engaged in the office of the Illustrated News at Richmond
All my acquaintances are surprised at my being in the army. And none are surprised more than myself. In the still hours of the night, when no sound is heard save the tread of the lone sentinel as he paces his beaten path. I often lie sleepless on my camp cot and think, is it possible? Can this be myself? once so peaceful, almost a preacher, Splendid with all the appurtenances of war in a military camp, sleeping soldiers all around me, my daily vocation to learn and teach the dreadful art of killing men, away from my home, on the hard fare of camp life, not infrequently sleeping in the open air leading a life entirely at variance with all my former habits – Can this be me? Well, the deed is done, The Rubicon is passed and my course is onward, no lingering regrets must impede my course.
Perhaps you would like to know how my daily labors are arranged – Well at day break, the bugle sounds Reveille, when all arise, the general stir among the soldiers, excites horses, chickens, and dogs and for about an hour there is general hubbub, and at 7 a.m. the bugle sounds Stable call, at 8 a.m. we are called to breakfast, at 9 a.m. the Guard is mounted. At 10 a.m. the whole regiment is ordered out to drill at 12 a.m. bugle sounds Stable call, dinner at 12 1/2 p.m.  Regiment drills begin at 2 p.m. At 5 p.m. soldiers wash & prepare for formal dress parade  this is the event of the day. Stable Call  or horses fed- at 6 p.m. Supper at 7 p.m.  At 8 p.m. the Retreat is sounded and at 9 p.m. the curfew sounds or in military language Lights Out and all retire.
As to the location of the camp, my own habitation, my messmates, daily fare etc. I must defer writing until my next letter.
Remember me affectionately to my dear sister & all the family & write again to
Yr Affectionate Father
S. J. Wheeler
Miss Kate Wheeler
St. Johns, N.C. 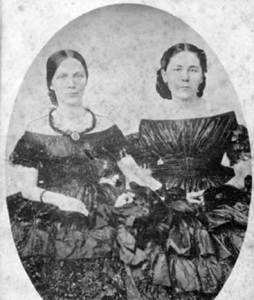 the daughters of Dr. S. J. Wheeler
Kate on left, Julia is on the right

b. John Wheeler Cooper 14 Aug 1873 – 18 April 1947 Bertie Co NC
He operated a cotton gin and farmed. He was Justice of the Peace for Windsor Twsp 2 years; served as deputy to Sheriff Jesse Stokes;
he served in the office of sheriff from 1911 to 1935  26 years; member of the Board of County Commissioners 5 years 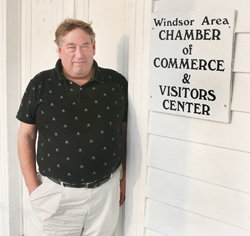 married 1981 Linda Jinnette
a. Paula Catherine Ann Cooper [Linda’s dau prior to marriage to Collins]
Paula changed her name to the above in May 1994
and in the summer of 2003 Collins Jr legally adopted Paula
married Thomas Rendleman [they divorced ca 2005
i. Jessica Grey Rendleman 19 Oct 2000
and 28 April 2012 Christopher Thomas Lineberry 27 Jan 1976
ii. Landon Miles Lineberry 12 May 2007
[by his first wife]
b. Thomas Collins Cooper III 1983
married Nik Leigh
3. Richard [Dick] Stephenson Cooper 24 Mar 1954 of Merry Hill
married Sally Brown [div.]
a. Richard Stephenson Cooper Jr 30 Dec 1982
Richard Sr. married 2nd Nov 1995 or 96 Dorothy Kobel
2. Elizabeth Jordan Wheeler 1 Jan 1840 – 7 Oct 1844
3. Sgt. John Wheeler 2 Oct 1841 – 7 July 1861 of typhoid fever CSA Portsmouth, N. C.
June 14th 1861
My dear Mother
I eagerly embrace the first opportunity of writing you. Yesterday evening we arrived safely and with the exception of a delay mentioned in Hertford’s communication to the Express we had not a single accident to happen to us. The news you will also learn in that letter; I propose to employ this letter in giving private news. You must excuse the defects of this as I am constantly on duty and the few intervening moments are much confused by the conversation of the officers just now commenced dining.
Rest assured last Wednesday will long be remembered by our company with gratitude to Murfreesboro. I scarcely believe memory when she tells me of those few weeks.
Having finished dinner I shall continue my letter. We had crabs, bluefish, spots, and mullets besides ham for dinner. Our table was made of plank unplaned set on legs of unhewn timber. Our utensils of tin made up our soldierly table equipment. But Oh! the water such stuff I never attempted to drink! Out of our tin drinking cups we strain it through our lips. Our cake today we saved for hard times which we expect at most any time. Our company is of good cheer and their only solicitude is sympathy with the feelings of those at home. We are very well situated. Better by far than we expected. Portsmouth has about 500 inhabitants. Joshua Taylor is dead and his family removed. All this region is called Ocracoke. Most of the troops are on this; the fort is on Beacon Island. We are ready. Goodbye,
Your son John
Send by Dr. Poole 1 mattress or at least a case for one
3 silk handkerchiefs
1 piece of sponge 1 inch thick 2 square
other necessaries or luxuries as you choose
especially plenty of applejacks
Direct to me
Portsmouth via Washington care of Capt Sharp Hert’fd Inf.