Melvin Koestler in his letter to Anthony Koestler dated 31 May 1977:
“You may be interested in looking in Who’s Who of American Women (first edition 1958) where you will find the names of Elsa Koestler and Mrs. Albion Koestler and Frances (Mrs. Milton) Koestler.”

The research and documentation showing the relationship of Lena and Morris was provided by Cousin Anthony Koestler. Lena married her first Cousin Marcus who was son of a brother of the above Samuel. Adolph Koestler indicated that his origins were in Komotau to the north of Pilsen. His wife Marina Beck was born in Neustatdl, Bohemia. Komotau is now known as Chomutov.
Neustadtl now known as Nove Mesto na Morave
Neustadt am Klinger is known as Straz

Tony’s Map of the Origins of his Koestler family 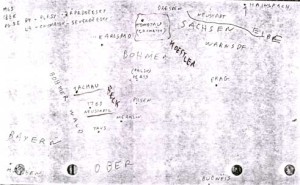 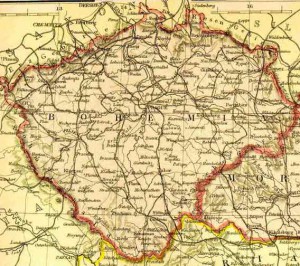