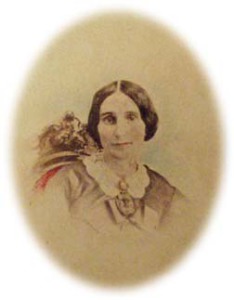 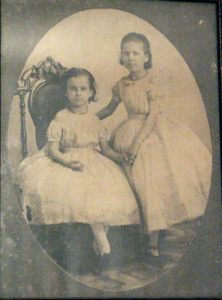 b. Julia Southall Bowen 16 Oct 1880 – ca 1934
married 4 June 1908 Calvert Gooseley Peebles 1871 – Jun 1934 age 63
They lived at Jackson NC
until they underwent severe financial reverses during the Depression.
Julia Peebles moved the family to Chapel Hill
and opened a boarding house for students.
Mr. Peebles remained in Jackson practicing law.
He died of pneumonia following an automobile accident.
Julia Peebles suffered a stroke upon hearing the news and died shortly afterwards.]
i. Calvert (Cal) Gooseley Peebles, Jr
married Billie Buie of Clarkton, NC.
They lived in South Carolina. They had no children.
He died of a heart attack as a relatively young man.
ii. John Blodgett Peebles 23 May 1916 –
drowned near Chapel Hill while a student at UNC.
iii. Julia Bowen Peebles 28 June 1918 – 14 Jan 2006
Attended UNC three years.
Moved to New York after death of both her parents.
Received undergraduate and master’s degrees from CUNNY.
She had completed all of the requirements for a doctorate in comparative literature except the dissertation when the advent of World War II made it impossible for her to obtain German language materials and she abandoned the project.
She taught English at Garland Junior College in Boston for many years.
“Julia died on Saturday, January 14th. She and her younger daughter Harriet have been living together at Brunswick Cove Nursing Home in Winnebow, NC near Wilmington.
For several years Julia has been unable to communicate with other people.
It appears to us that Harriet has done a wonderful job looking after her mother.”
married 1 Aug 1948 Grant Western Seibert div.
a librarian.
1. Julia Peebles Seibert 21 Sept 1951 –
married 29 July 1989 Eugene Hathaway 17 Jan 1960 –
a. Amber Emily H 29 May 1990 –
b. Katie Marie H 25 Feb 1993 –
c. Adam Eugene H 29 Jan 1997 –
2. Harriet Bowen Seibert 20 Sept 1953 –
Julia and her husband divorced when the girls were small.
After her retirement, Julia and her daughters moved to Long Beach, NC.
Her aunt Bland Bowen lived with her during Cousin Bland’s latter years.
Acting on her aunt’s behalf, Julia donated the Southall-Bowen
and Britton-Moore papers to the Southern Historical Collection at UNC.
She also gave the splendid blue-and-white Canton china now on display
in the dining room of the Wheeler House.
This belonged originally to Samuel Blodgett of Philadelphia
and was brought to North Carolina
by his granddaughter Ellen Britton Moore (Mrs. Dr. Cornelius Moore).
iv. Henry Randolph Peebles – a much younger child.
Born at Hendersonville, NC while his mother was recuperating from TB.
His plane was shot down in the Pacific during World War II and his body never recovered.
c. Ellen Britton Bowen 30 July 1883 – 25 Oct 1951
d. Josephine Bowen 25 Feb 1886 –
married Israel Harding Hughes
the chaplain at St. Mary’s College in Raleigh
i. Israel Harding Hughes Jr. of Durham
1. Jo Lynn Hughes [Smith]
e. Bland Clifton Bowen 11 Jan 1889 – 20 Aug 1979
8. Joseph Branch Southall 22 Feb 1856 MS – Sept 1866 Mulberry Grove

This is my working hypothesis – the way I see it as of this moment! 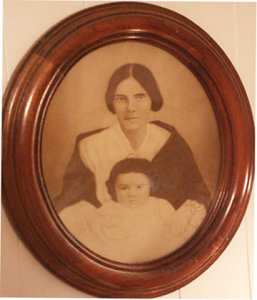