Elizabeth Lawrence was the daughter of Robert Lawrence ca 1690 – 1744 Bertie County NC and his wife Elizabeth. Elizabeth Lawrence married three times but had no children by any of her husbands – she left her property to her nieces and nephews and her surviving brothers and sister.

Samuel Spruel was granted an Ordinary Licence in April 1759. He moved for the settlement of the estate of Thomas Speller at that time and was the guardian of Thomas Speller Jr.
In Oct 1761 William Jordan the younger moved for leave to keep a Publick Ferry over the Cashy River from his own Landing to Mr. Spruel’s Landing.
In March 1766 Elizabeth Spruil records her mark.
The Inventory of the estate of Elizabeth Spruill was taken 21 December 1787 by Thomas Lawrence and Frederick Lawrence.

what corn & Meat is left after my decease, I desire my two Brothers may have the despousal of 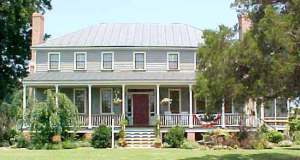 Dr. Sutton’s medical training was received at the University of Pennsylvania. He was commissioned May 19, 1862 in Bertie Co. N. C. in the army of the CSA (N. C. civil war book, Kirn Memorial library, Nfk Va. )
and was stationed at Howard Grove Hospital in Richmond in Sept. 1862 and was in Early’s corps in 1864-65. He established a home in Richmond during the war, and apparently during a part of this time his father W. T. Sutton and mother left the homeplace at Elmwood and lived temporarily in Warren Co., N.C. near Roanoke Rapids, in Warrenton, N. C. – Pete Rowe

The Public Ledger, Norfolk, Va. 2-7-1899 p-col 2 vol. XLVI, No 5
Death of Dr. W. T. Sutton—The people of Norfolk heard with great regret this morning of the death of Dr. W. T. Sutton, which occurred last night at 9:30 o’clock at his home, No 265 Granby Street. Dr. Sutton was 59 years of age, and had resided in Norfolk for a long period. He was greatly loved by the people and will long be remembered by them. For many years he had a very large practice here. He leaves a widow and three children–A son Dr. S. A. Sutton, and two daughters. He came to Norfolk from Bertie Co. N.C. in which state he also had many friends.
2-9-1899, col 2 “Obsequies” The funeral of Dr. W. T. Sutton whose death occurred Tuesday night…took place today and was largely attended. Pickett-Buchanan Camp, Confederate Veterans, and the Norfolk Medical Society were present in bodies. Rev. A. S. Lloyd of St. Lukes Episcopal Church and Rev Dr. B. D. Tucker of St Pauls presided. Burial at Elmwood.

John M. Sutton. Class of 1862 but did not graduate. Died of consumption contracted in service. There was a Capt. John M. Sutton who played a
significant role in the final battle at Fort Fisher. I don’t know if this is the same person or not. Also, don’t know if he is part of the Bertie family. Major
Moore says in his Sketches that Sutton’s company was composed largely of Hertford men.

Back to Stark A. Sutton: The history of St. Thomas Episcopal Church in Windsor lists him as a communicant and says he is buried there.

Estate of John Sutton died 1789 – abstract by David B Gammon
Account of sale 5 June 1789 by Mary Sutton
8 May 1793 – William Sutton was appt. gdn of the orphans William and Amelia Sutton.
Account current from 20 Aug 1789 – 31 Aug 1793 by John Weston and Mary Weston, admrs.
A 1/3 share paid to John Weston and Wife, including Negro Nancy.
Division of estate 26 June 1795 as follows
1. 1/2 to Milly Sutton and
1. 1/2 divided among Milly Sutton, Thomas Weston and —- Weston
[this is William share being parceled among his siblings: Milly Sutton and Thomas Weston and most probably, their mother Mary Weston – unless she has also died then this would be another sibling.]

6. Parthenia Sutton 1731-
[ she may have married a Dempsey as a Parthenia Dempsey is present at Joshua Sutton’s estate sale in 1772 and later receives money from his estate.]

9. Jasper Sutton 1741 – ca June 1772
Bertie County Will 8 April 1772 – probate June Ct 1772
“planter…sick and weak of body…” Friend William Jordan Junr.- my plantation and land whereon Elisebeth Spruill now liveth, on the north side of Cashy River in this county. To my sister Elisebeth Jordan (wife of the said William Jordan Junr.) – Negro Dick for her lifetime with reversion to her children. To Jamima Worborton – all my hogs. EX: the said William Jordan, Junr.
Wit: Josiah Williams, Bird Hubbard, Ephraim Coward
[Abst by David B Gammon]