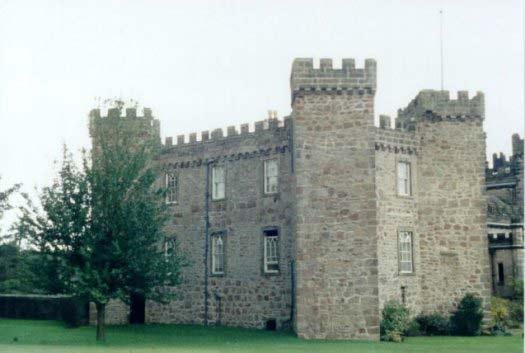 This is my working hypothesis – the way I see it, as of this moment!!

“The two most notable buildings are the church and Chelmarsh Hall. The church was first endowed by Hugh De Mortimer in 1345 and the main part of the church dates from this time with later additions and modifications. The screen and the lychgate were carved by a local carving class at the end of the 19th century. 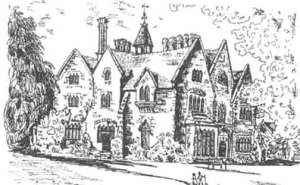 Chelmarsh Hall was formerly a granary and was granted to monks in 1379 by Edmund Mortimer, the Earl of March. It was thought to once be connected to the church by an underground passageway. The Hall is now mainly Victorian with some late medieval doors and windows and fragments of a timber roof.

Arthur Lawrence, Esq., was seated at Priors Court, Gloucestershire.
In Extinct and Dormant Baronetcies of England, Ireland, and Scotland, it is stated that the second son of Sir Robert Lawence and Margaret Holden of Lancashire was Thomas Lawrence who was the father of Arthur Lawrence and that Arthur was the ancestor of John Lawrence, esq., of Delaford in Iver, Bucks, and of Chelsea, Middlesex, who was created a Baronet in 1628.

Thomas Lawrence was a Member of Parliament in 1435.
In 1439, in addition to the estate in Yealand, he received lands in Natland, Westmoreland, from his father.
In 1443 Thomas Lawrence complained of various outrages,
Thomas Beetham and others came to kill him and they set his house on fire. 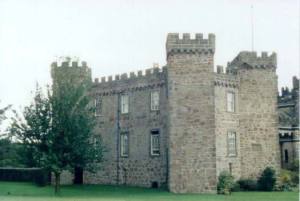 In 1402 he was a commissioner to arrest sedition mongers. In 1403 he assembled knights and yeomen in Lancashire and brought them to the king to fight against the Earl of Northumbland in Scotland.

Robert Lawrence was escheator of the county in 1404 and later complained of disseisin in 1407, and it was alleged against him that Edmund had left no heir. He was made a knight and had a son and heir of the same name.

He not only inherited his father’s lands and manors, but added to those estates in Ireland and the manors of Southworth and Dillicar in Co. Westmoreland.

In 1426 Sir Robert agreed to pay Maud Wyresdale of Bolton 10s a year for her life for the fourth part of the lordship of Bolton with lands, etc. In 1429, Robert complained that the men of Bolton had trespassed on his closes at Carnforth.

Walter Strickland, receiver of the lordship of Kendal in 1439 accounted for ¬£6 13s. 4d. of the arrears of Sir Robert Lawrence, late farmer of Ashton and Carnforth. 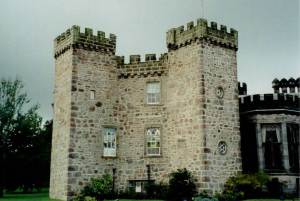 The 2nd Squire of Ashton — probably the builder of Ashton Hall

Edmund Lawrence married first Alice de Cuerdale. They had no issue
and their marriage ended is a divorce.
Edmund Lawrence then married Agnes de Washington.

Edmund’s second wife, Agnes, daughter and heiress of Robert de Washington, Lord of the manor of Scotforth, brought him other lands and also, notably, moities of the manors of Carnforth and Carleton.
Edmund had no issue by his first wife, Alice, and the marriage terminated in a divorce.

Edmund was the second Squire of Ashton. In 1338 he held, with his parents, the Stapleton part of the manor of Ashton for life.

In 1345, he had been commissioned with his uncle William to investigate wastes in the manor of Wyresdale. In 1348, John Franceys dismised certain of this lands, etc., to Edmund for life at the rent of a rose for six years and then 100s. Agnes, the daughter of John Franceys married Lambert de Wyresdale and they quit-claimed to Edmund in 1366.8

In 1357 he made a feoffment of lands in Lancaster, Skerton, Ellel, Ashton, and Preeshall and in 1373 it was found that he held for life three plough-lands of Thomas de Stapleton by a rent of 20 marks. In 1358 he was pardoned, after paying 100 shillings, for acquiring a life interest in the Irish Manors of Baliogary, Lough and Casterling without license. Also in 1358 he held land in Preesall. In 1361 he was pardoned, for service in France, of taking 200 in silver from John Darcy’s house.

He was Knight of the Shire in 1362 when he and Matthew de Rixton being deputies of the sheriff, concealed the election writ and returned themselves as knights of the shire. This return was later quashed.

In 1363 was receiver of Queen Philippa’s monies in Ireland. In 1367 he was attorney in England for the Prior of St. Mary’s, Lancaster. In 1368 he was commissioner of Array to choose 100 archers in Lancashire.

In 1373 he held for life three plough-lands of Thomas de Stapleton by a rent of 20 marks. In 1375 he released his life interest in the Irish Manors and in that of Dunmow.

In 1376, he held for life fisheries and ridings in Ashton together with a fourth part of the manor, of the heirs of Thomas de Thweng, deceased, by rent of 13s. 4d.

In 1378 he purchased all the rights of Thomas de Molyneux in the marriage of Richard, son of Sir William de Moylneux of Sefton.

In 1381/2, evidently shortly before Edmund’s death, John de Oxcliffe granted an estate in Overton to Edmund. John de Oxcliffe had held the estate as trustee, given him in 1374, from Adam, son of William de Lancaster, that William held in the right of his wife Blanche.

Edmund held ten burgages, two messuages, 30 acres of land, etc., by a rent of 6s. 8d. of the duke in free burgage at his death in 1381. His son Robert was 10 years old. His will names Agnes his wife, Robert his son and heir, and other children. What holding was retained in Ashton is not clear, but in the reigns of Henry IV and Henry VI certain lands, in later times called ‘Lawrence lands,’ were demised to the family by the Methams. The trustees of Edmund granted to his son John, lands in Skerton and Heysham.