Former Dean of the School of Library and Information Sciences at North Carolina Central University.
I was a tenured Professor at NCCU for 28 year (serving as Dean for twenty years). I retired in 2004 after serving as a librarian, researcher, planning and budgeting officer, and Academic Dean in the UNC System for 42 years. While at NCCU, I also taught Management and Systems Analysis for the School of Business and the NCCU Department of Human Sciences. After retirement, I taught courses on the Internet for the School of Library and Information Science at San Jose State University at the main campus and at its program at California State University at Fullerton for five years. 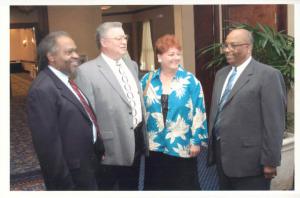 “From left to right my brother, Dr. Leslie C. Speller, Sr. Ph.D. (Physics); my close cousin through the Outlaws, Bonds and Spellers, Dempsey Bond, Jr. and his wife, Mary Kay; and of course, me. We really enjoyed ourselves. The Bonds and Outlaws were represented in large numbers at the dinner. My dad’s only brother, late John T. Speller’s son, John Jr. was the surprise relative since he is very reclusive (like some of the Outlaws) and usually only comes to a family funeral. We had not seen him in about 8 years. Everyone said that I have now won hands down as the favorite relative on all sides of these families because quite a few hard core “no shows” at reunions and other family events came to this dinner.”

“Dempsey Bond’s great grandfather is David Cherry Outlaw, son of Edward Cherry Outlaw and nephew of David Standley Outlaw, 1806-1868 (the guardian and uncle of Edward Ralph Outlaw). His great great uncle, George Outlaw, was the mulatto overseer of his father’s, David Outlaw, Plantation and also the Plantation Estate of Edward Ralph Outlaw. Dempsey’s mother is Lula Outlaw. She and some of her brothers have red hair and bad eyesight as did David Outlaw. He is also the ggrandson of Cullen Capehart Speller and gggrandson of James Bond, all plantation owners that links us to the free mulattos, blacks, and slaves in northeastern Bertie County where we all now own land that comprised the Speller, Bond, and Outlaw Plantations.”

Evidently Edward Cherry Outlaw and his wife who was a Miller both died and left Edward Ralph Outlaw an underage heir. His cousin David Standley Outlaw, the lawyer and political leader in Bertie, was his guardian. I assumed that he lived with his uncle, Walter Miller who never married. At age eighteen 1858, Edward Ralph fathered my great grandfather, James Outlaw, who also lived with Walter Miller. I assume that the slave woman who we have not been able to identify also lived in Walter Miller’s house.
There were conflicting opinions about the paternity of James Outlaw because many thought that David Outlaw, Edward Ralph’s guardian and cousin, was my great grandfather’s father but we knew different, because he had a son and other children that he recognized who l grew up with. They had his genetic markers, red hair and very bad eye sight.

When, my great grandfather married, Edward Ralph deeded him 500 acres of land down the road from Walter Miller’s Plantation. Everyone thought that Walt Miller had made the gift so that make the case stronger so to speak. By the time my great grand father died in 1925, he had 2,500 acres of land in Bertie and surrounding counties that we know about. – Ben Speller 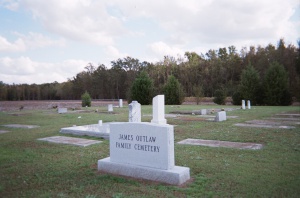 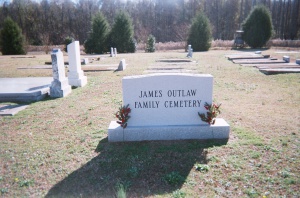 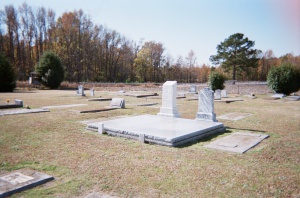 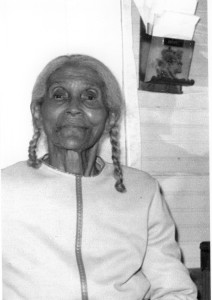 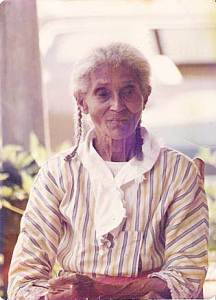