Page II – Grandchildren back to Part I

This James Jenkins was the son of John Jenkins and wife Anne.
Mary Cherry was the daughter of Solomon Cherry and his first wife Sarah.
[I think Mary Cherry probably was 2nd wife of James Jenkins.]

In 1796 James Cherry is son in law to Jesse Garrett who names him executor of his will. Bertie Co.

Justice in Bertie County administering the Oath of Allegiance in support of the American Revolution and later as a civil servant including sheriff of Bertie Co.

son of Solomon Cherry and 2nd wife Sarah Eley
“Served as a Captain in the American Revolution
and afterwards as Sheriff and Clerk of Court.
He received a land grant from the governor following the war.

“ Capt. Solomon Cherry married in Bertie County 24 Sept 1779 Mary, the widow of Jacob Eason and daughter of William Walton and wife Rachel Hunter.
They both died in Pitt County about 1810 at age 50
per deposition by Ralph Outlaw.
This Solomon Cherry first appears on record as wit to deed 1763 Bertie Co? ( I SMK am suspicious that this was a misread of Jr for Sr )
Note: I have this family posted under Cherry, Walton, parts under Outlaw. at least I am still trying to coordinate my info– I am kin to them many ways. SMK

Children of Capt. Solomon Cherry and wife Mary Walton Eason:
1. William Walton Cherry 1780/3 – ca 1809 [died at age 29 or there about] graduated UNC 1800;
Served on the Board of Trustees UNC from 1804 – 1809;
1804/5 in NC legislature
John H Wheeler in his “Reminiscences and Memoirs of North Carolina” says this on page 342. “William Cherry was a native of Bertie County , and was graduated here [UNC] in the year 1800. While in college he was not a very diligent student, but his aptitude for learning was so marvelous that, it was said, he could prepare his lesson after the recitation bell had commenced ringing. Having selected the law as his profession, he had already attained an extensive practice and a high rank at the Bar, when his career was cut short by death caused by intemperance at the early age of twenty seven. Those who were engaged in practice with him could not but wonder at the admirable manner in which he managed his causes, knowing as they did that the time he ought to have spent in the preparation of them was passed at the card table and around the intoxicating bowl. . .”
married 13 Nov 1801 Peggy Baker
2. Elizabeth Cherry ca 1781 – 22 April 1819 [aged 38/9]
married ca 1805 Ralph Outlaw Jr 1774 – 16 Nov 1836
son of David Outlaw and Martha Standley
In Bertie County, Book FF, page 462, is a deed from Celia Outlaw, widow of Ralph, to her step-daughter, Jane E. Cherry, wife of Solomon Cherry, in which it is stated that “she expects shortly to enter into the holy bonds of matrimony with William Walton of Hertford County and desires to make provision for the support of her step-daughter and children being land upon which dower was assigned from late husband Ralph Outlaw. 1842
a. David Standley Outlaw 14 Sept 1806 – 22 Oct 1868 Windsor, NC
the Congressman grad UNC 1824
married ca 1737 Emily Baker Ryan ca 1823 –
1. Elizabeth Outlaw ca 1838 –
2. Ann P Outlaw ca 1841 –
married 6 Nov 1860 Dr. William F Sutton
3. David Outlaw ca 1848 –
b. Edward C Outlaw 28 Mar 1810 – 1853 Bertie Co NC
married 23 Jan 1835 Amanda Mary Frances Miller 23 Jan 1818 – 24 Sept 1847
daughter of Mary Frances Brimage and Ephraim Miller
both buried on Brimage place in Bertie Co
1. Mary E Outlaw 23 Aug 1836 – 16 Feb 1838
2. Victoria Outlaw 8 Sept 1838 – 29 Oct 1896
married William R Pugh d bef 1880
3. Capt Edward Ralph Outlaw 30 Nov 1840 Bertie Co – 19 Aug 1921 Nags Head NC
Capt Edward Ralph was associated with 2 mulatto children James 1858 and Mary 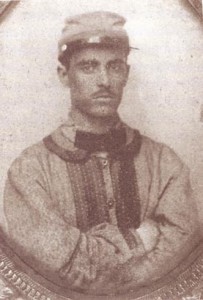 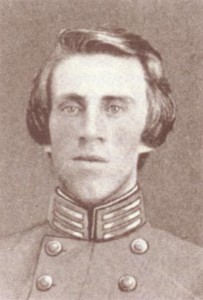