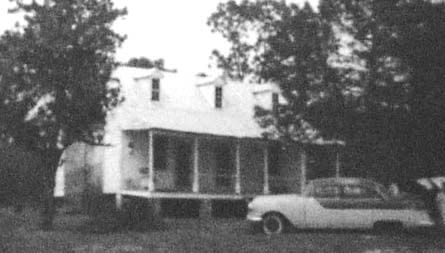 Thomas Ward was born ca 1742
[he is not included on the 1757 tax list indicating he was then under the age of 16].
This Thomas Ward appears to be the grandson of Michael Ward who died in Bertie County
about 1756 and his wife, Ann Freeman.
I think his father was Michael Ward Jr as Thomas Ward named his first son Michael Ward.
Richard Ward [who I think is Thomas’s uncle – but could be his father] deeded Thomas land in 1757 (K-46) (This I think could be his Uncle Thomas.)
Thomas Ward was also deeded land that year from Joseph Barradil (K-41) in Bertie County, NC.

This Thomas Ward’s widow was Pharaby when he died.
She appears to be the Faraba Hill & Farabee Hill who witnessed two deeds for some neighbors on Dec 18, 1756, along with John Sawkill and Isaac Hill (who could be either her father or her brother H-393, 394.)
In Feb 1772 Isaac Hill’s will was proved in Hertford Ct and the administration granted it to Isaac Hill.
In Jan 1760 Capt James Jones replaced Thomas Ward as overseer of the road.
Thomas Ward in Oct 1761 was appointed constable between Quoyoccason Swamp
[rises in n central Bertie County and flows NW into Stony Creek] and the County Line.
This Thomas Ward was appointed in March 1772 one of the Justices of the Court in Bertie Co.
Thomas Ward made his will in Bertie county 14 March 1795
–It was proved Nov 1796.
His wife Pheraby Ward died on 29 Sept 1813 [Bible of James Ward]. 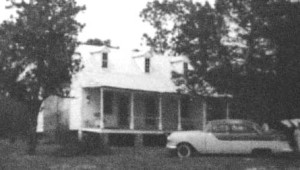 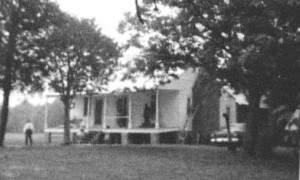 18th century Ward Home near Powellsville, NC
ca 1970 photos by James Moore
The Ward home place was just a couple of miles away from us near Powellsville.
It was a charming story and a half house. Stylistically, it was an 18th-century design.
I imagine it was built by James and Isaac’s father Thomas.
Unfortunately, it was demolished in recent years.
However, I understand that the interior woodwork was salvaged.
The Ward cemetery is still there with James Ward’s stone being the sole survivor.
[e-mail from James Moore] 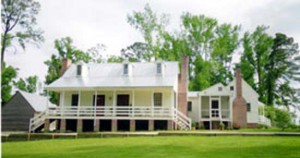 This pair of 18th-century houses is located on Salmon Creek in northeast North Carolina. By water, the setting is two miles from the historic town of Edenton; by land, it is 10 miles from Edenton. Salmon Creek is a deep-water creek (10 to 15 feet in depth) that flows into the Albemarle Sound, the largest freshwater sound in the world. It also was the home of the first permanent settler in North Carolina, Nathaniel Batts, who moved to Salmon Creek in 1665. The property is located off U.S. Highway 17 in Bertie County, North Carolina, midway between Windsor and Edenton.
The Ward House, built during the years of 1770-1809, was constructed in two parts and reflects both Georgian and Federal influences. With raised panel wainscoting, all original doors with H-L hinges, and a magnificent mantel and overmantel, the earlier Georgian style house has been completed with a hall (or living room), kitchen, dining, bed, and bath. It has a separate heating and cooling system.
The later addition, built-in 1810 is at present stored on the property. It has a beautiful Federal mantel, recessed panel wainscoting, and raised panel doors.
The Ward House has 1,200 square feet of living space.
The White-Lilly House connects to the Ward-Bass House.
It is also a late 18th-century house.
The White-Lilly House contains 600 square feet of living space which includes a living, bed, bath, utility, and sleeping loft.
It reflects a more yeoman lifestyle. However,
with exposed beaded ceiling joists, an arched mantel, and flush panel sides,
the house has Colonial charm rarely found.
Each house has its own heating and cooling systems, as well as a separate hot water system.
The houses are connected by dining and utility rooms.
Each house has a porch with a view of Salmon Creek. 75 to 100 feet of the acreage is waterfront. 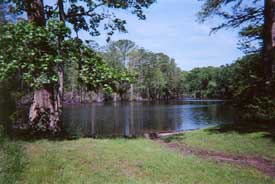 A Michael Ward made an affidavit in Bertie Co in 1777 relating to the Tories & their activities. (This Michael Ward would have been neither Thomas’s father – died 1772 or his son – too young; I think the man who made this affidavit was the son of Phillip Ward.)

e-mail from Kendall Sparkman – I find one additional record of particular interest – in Nov 1803, William “Lurry” as guardian of William S. Sparkman brought an action in the Edenton District Court for the division of 380 acres in Bertie which William held as a tenant-in-common with William Reed [Sparkman] (so much for being the bondsman for his wedding a few years earlier!). William Reed [Sparkman] appealed in May Court, 1804.

It seems that Winifred Ward was the mother of only the last three of James Holley’s children
that is John, Benjamin, and Mary Holley.
Negroes divided on March 31, 1802, indicating either death or remarriage of Winniford
Josiah Holley was apptd. gdn. of the orphans Nathaniel, James, and Thomas Holley, May 19, 1798.
Isaac H. Ward was apptd. gdn. of the orphans John, Benjamin, and Mary Holley, May 19, 1798.
Dower allotted to the widow Wineford Holley, May 1798, equaling 33 1/3 acres, also the Bryant place of 111 acres adj. Solomon Hughs.
Division of Negroes according to the will, March 31, 1802.
James Wilson Jr appointed gdn. of John 10 Nov 1812. 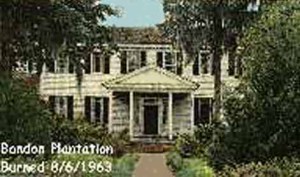 Will of Michael Ward 16 Feb 1802 – probate Aug Ct 1803 Bertie County
“now being weak in body…”
– son William Ward – pair of cartwheels, crosscut saw, stock of bees.
– wife Sarah Ward – rest of my estate for her lifetime, and at her death it shall be divided among my living children
– Joshua Ward – Reddick Ward – and Winiford Ward. My executor and my wife shall put my two said sons to school and give them an education as may be necessary for them and suitable to their station in life.
EX: wife, my friend William Rayner
Wit: Zadock Morris, Walter McFarlane

more from David H Ward 10/21/03: I’m still bouncing around on the Wards in Weakley Co, trying to figure out who’s related to who.
I have found Isaac Hill Ward on the Hertford Co 1790 Census (as you have too), which makes sense because that’s next door to Bertie Co where Thomas’s will was executed.
I have not found any listing for Isaac Hill Ward on subsequent census rolls.
I found three Isaac Wards on the 1800 NC Census, One each in Chowan, Greene, and Pitt Counties.
In 1810 there are still one in Chowan, and then two in Rowan.
1820 (just two years before he moved to Weakley) has one each in Chowan, Greene, Iredell, and Rowan. Family “tradition” had I.H. (senior) and his son I.H. (junior) both having moved from Hertford to near Webster, NC shortly after the Revolution, and I.H. (senior) making the move to W. TN in 1822. I.H.(junior) moved to W.TN after his father’s death, presumably from the Webster area, after 1840.
This is again borne out by family “tradition”. This “tradition” was handed down directly from the daughter in law of I.H. (junior) in the 1920s when one of my Great Uncles took an interest in the family history. He published it in a book titled Isaac H. Ward Descendants in 1963.
Webster is in Jackson Co., in far western NC, and I have not found any I.H. Ward in the Census records for Jackson, though I’m still looking.