Grandparents of Lynn McCarthy and others:

The way I see it today.

Starkey Smith CowandCowan was born 4 May 1849 on the family farm to Starkey Cowand and wife Mary Rice, daughter of David Rice and Penelope.
Rachel Vantilla Ruffin was born 30 Aug 1857 in Bertie Co. NC daughter of Joseph Blount Ruffin and wife, Mary Elizabeth Powell.
Starkey and Vantilla were married 8 Sept. 1876.
On the 1900 Census Vantilla had 11 children of whom 9 are living at the time of the census.
Starkey died 1 March 1916, and Vantilla died 14 June 1930.
Both were buried in the old Stark Cowan Family Cemetery;
They have both been re-interred in the Highland Memorial Gardens, at Stoney Creek.
They were members of Holly Grove Baptist Church. 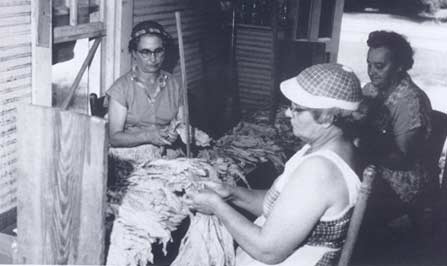 1954 These Powellsville ladies are grading tobacco
in the shed behind the Cowan home.
Susie Myrtle Myers (wife of James S. Cowan) is in the foreground. Ethel Hardin Wynns (wife of C.T., Sr.) is to the right rear of Myers, and Irene Overton McKeel is to the left.
Staff photographer, The Roanoke-Chowan News-Herald 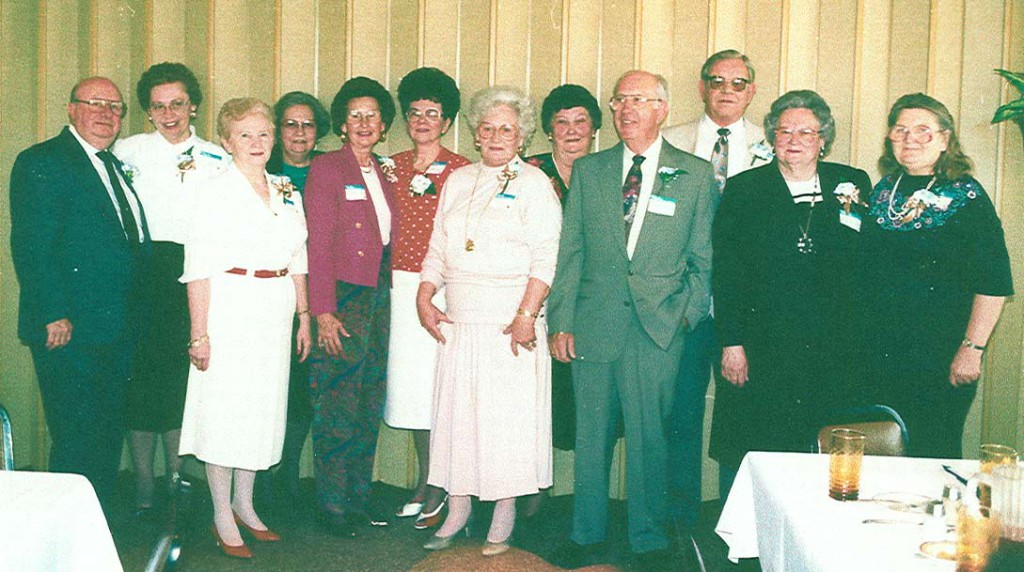 Obituary of Lynn McCarthy
Lynn Cowan McCarthy, 75, passed away on Friday, October 23, 2015, in
Frankfort. She was the daughter of the late Commander John Linus McCarthy,
Sr., D.D.S., U.S. Navy Dental Corps and Lena Rosebud Cowan McCarthy. In
addition to her parents, she was preceded in death by her brother, John
Linus McCarthy, Jr. and her sister, Jacqueline McCarthy Ransdell. She is
survived by her niece, Jennifer Lynn Ransdell Adams of Fayetteville, North
Carolina; her nephew, Jefferey Ernest Ransdell of Raleigh, North Carolina;
two great-nephews, Shane Spencer Adams and Cade Conner Adams; and numerous cousins.
Born in Panama City, Panama on March 18, 1940, where her parents were on
duty, Lynn grew up in Norfolk, Virginia. She earned her B.A. degree in
Sociology from Mary Washington College (now the University of Mary
Washington) in 1961 and Master of Social Work from Virginia Commonwealth
University in 1969. Before moving to Kentucky in 1962, she was a social
worker with the former Social Service Bureau in Norfolk. She later retired
a 30-year employee of the Commonwealth of Kentucky, serving in the former
Dept. of Child Welfare, Bureau of Social Services, Cabinet for Human
Resources, and the Kentucky Dept. for Libraries and Archives. In her
career, Lynn was a Public Assistance Worker; Child Welfare Worker;
statewide Training Specialist, Training Administrator, and Protective
Services Consultant; and Grants and Contracts Administrator. After her
retirement, she established her own genealogical research business that
she operated for 11 years.
Lynn was a member of Centenary United Methodist Church in Lexington,
Kentucky. She was a Kentucky Colonel, listed in numerous Marquis Who‚Äôs Who
publications, and was a member of many historical and genealogical
societies and organizations. University of Kentucky basketball was her
passion; she loved to travel both worldwide and in the United States; and
she was an avid reader, bird-watcher, and gardener.
Internment will take place in the Highland Memorial Gardens, Hertford
County, North Carolina at 3:00 p.m. on Saturday, October 31, 2015, with a
brief graveside service.

Mary Rice was born in 1817, the daughter of David Rice and Penelope.
Starkey and Mary married 22 December 1842. He was a farmer.

Winefred Mitchell was born say 1775 a daughter of John Mitchell and wife Sarah.

George Cowand and Winefred Mitchell married 21 September 1791.
They lived on the family homestead.

William Cowand was the first Cowand to settle in Bertie County.
He married Maybe Cake, daughter of John Cake and Mary.
He is listed in 1757 owning land and next to his father-in-law John Cake.