This is my working hypothesis – the way I see it as of this moment!!
thanks go to the Chrysler Museum of Art, Norfolk, VA for the Borland portraits 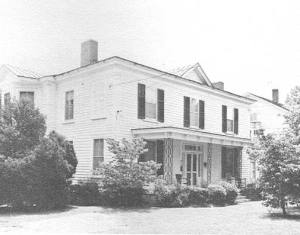 the Borland house – Murfreesboro NC
from “Renaissance in Carolina 1971-1976”

“Mr Borland was the . . . son of Dr. Thomas Borland, who had for many years resided in Murfreesboro and was greatly respected for his high-toned and chivalrous bearing. Roscius Borland inherited his father’s high sense of honor. As a lawyer and a man he was above reproach. He was extremely nervous and mercurial, and very dainty in his choice of associates. This was his only political service, for his feeble frame succumbed at an early date and with him passed from Hertford county the name of Borland. His brother Solon became US Senator from Arkansas and Minister to Nicaragua. Dr. Euclid Borland, a wealthy and courtly planter of Louisiana, long retained veneration for his native place and continued to revisit it.” J W Moore

Children of Roscius Cicero Borland and wife Temperance Ramsey:
1. Harriott Godwin Borland 18 Mar 1838 NC – 16 June 1890 VA
in 1850 enrolled in Female Seminary in Washington DC
1860 living with Uncle Euclid in Louisiana
married ca 1880 Thomas Washington Smith 1 June 1832 VA – 9 May 1912 VA
son of Washington Smith and Mary Powell who on Saturday, 26 Feb 1825 were host to the Marquis De La Fayette at his Somerton, VA Inn, feeding him fine food and drink, during the Marquises 24 state visit tour. Tom served and was wounded several times during the Civil War, was at Appomattox during surrender. He was an astute business man, involved with banks, cotton mills, while remaining a member of Tom Smith Camp of Confederate Veterans as it Commander living in/near Suffolk City, VA. Both, he and his wife are at Cedar Hill Cemetery, located east behind where once her grandparents had lived, buried in Block D, Lot 96, with its entrance adorned by a statute Tom is responsible for having raised money for. 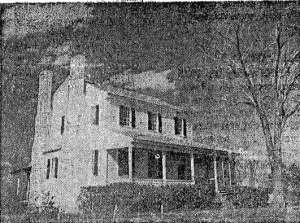 Washington Smith Inn, Somerton VA
The back part of the house was not added in 1825, nor was the porch.
The front was then the side opposite the chimneys. Each chimney has a
large fireplace at the base where the cooking was done, the cellar being the kitchen.
from the Daily Roanoke-Chowan News “The Roanoke-Chowan Story” Ch 14
If I am not mistaken this building stood where the road made a sharp 90 degree turn
and we passed it every time we drove to Suffolk or/and Norfolk. – Of course the road by-passes the site today. 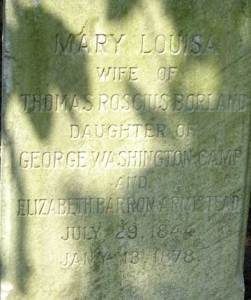 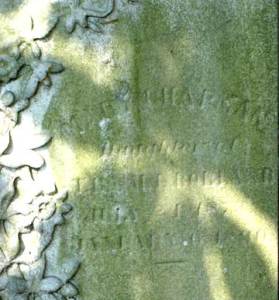 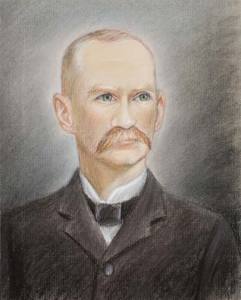 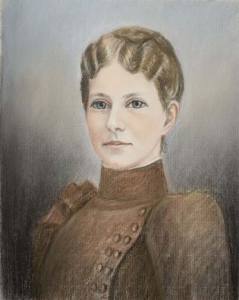 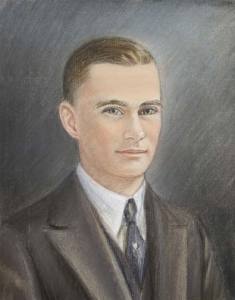 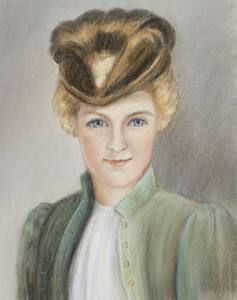 The original 1809 portraits are [2005] at Chrysler Museum of Art, 245 West Olney Road, Norfolk, VA 23510 who purchased the nine drawings from the Auslew Gallery (Norfolk, Va.) in 1964 and that the gallery obtained the drawings from Colonel Charles B. Borland (Virginia Beach, Va.).

Ref: Winbourne “the Colonial and State History of Hertford County, North Carolina” pub. 1906
Moore “Historical Sketches of Hertford County” 1877 – reprint by David Powell 1998
David Powell’s abstract of the Hertford Co Court Minutes
“Renaissance in Carolina 1971-1976”
US Census
“That Man Named Solon” compiled by William S Boggess
biography of Col. Charles B Borland in the Dictionary of Virginia, pub. by the Library of Virginia,
written by Breck Daughtrey, 2005 Clerk to the Council, City of Norfolk, VA