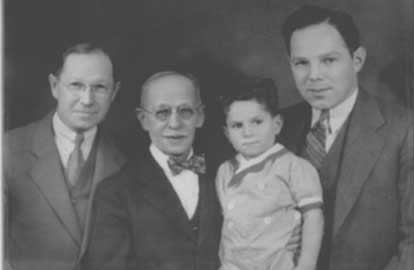 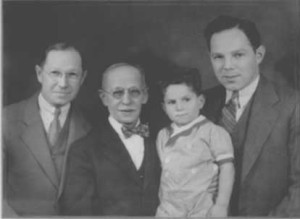 Morris (Moritz) Koestler was born 27 Jan 1849 in a small town in Bohemia.
Mr. Koestler was educated there and learned the trade of a locksmith and machinist.
His parents were Samuel and Teresa Koestler.
He came to America when he was 23 years old (ca 1872) and three days after his arrival he secured a position with the Singer Manufacturing Company as a machinist.
Three years later, when the company established its factory in Elizabeth, he moved here.
A few years later he left his position with Singers to purchase a stationary store at 136 First Street.
Some time afterwards he moved his store to 140 First Street, where he remained in business until the death of his wife, Jennie in June 1921.
Since then he has lived with his son Attorney Samuel Koestler at 360 Elmora ave.
Mr. Koestler died 23 Jan 1936 at the home of his daughter, Mrs. John J. Stamler, 830 Park Ave, Elizabeth, NJ.

Jennie Krauskopf Pick Koestler died 18 June 1921.
Mrs. Morris Koestler, seventy-six years old of 140 First street
died Saturday night in the St. Elizabeth hospital,
following an opperation for an acute attack of appendicitis.
The funeral took place this afternoon at 2:30 o’clock from her late home.
Mrs. Koestler was widely known throughout the city.
Born in Bohemia, she came here with her parents while an infant.
The family settled in New York where Mrs. Koestler resided
until she was married soon after becoming of age.
Mrs. Koestler was married twice, her first husband Sylvan Pick [1866 in Manhattan],
dying many years ago. [1876]
Her second husband, who survives her has been the proprietor of a stationery store in First street and is one of the pioneer merchants of that thoroughfare.
Mrs. Koestler was prominent for her activity in church and charitable activities.
Until lately, she spent many hours each week sewing or knitting garments for the poor.
Besides her husband she is survived by four sons, Henry and Dr. Charles J. Pick of New York; Emil Pick of Chicago and Samuel Koestler an Elizabeth attorney; two daughters Mrs. Benjamin Schwarzkopf of New York, and Mrs John J. Stamler, Elizabeth; two brothers, Rev. Dr. Morris Krauskopf and Samuel Krauskopf both of New York. There also are five grandchildren. ( from her obit. that appeared in the Elizabeth paper) 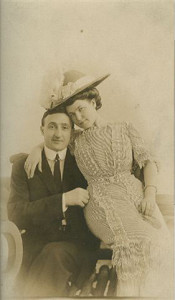 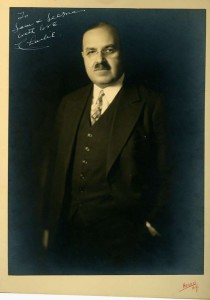 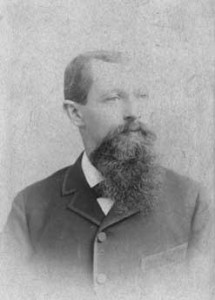 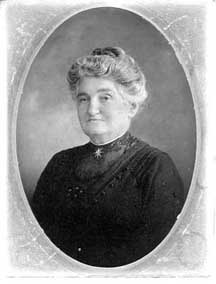 Clipping from the Elizabeth paper 1921

OLD DOWNTOWN SHOP IS CLOSED – Mr. Koestler at Same Stand Forty-four years – One of the oldest establishments downtown closed recently when Morris Koestler, who conducted the toy and stationery shop at 140 First street, decided to retire from business. The stock of goods still remains on display in the windows and inside the store, but the door is no longer open to customers and Mr. Koestler intends to dispose of his goods soon.
For many years the place has been a landmark on the street and the large clientele which Mr. Koestler built up through his courteous and untiring efforts to serve his purchasers satisfactorily, will have to look elsewhere. Although his business has increased considerably since its inception he has never changed his quarters or enlarged the building, clinging to the same place with a sort of sentimental attachment.
It was forty-four years ago that Mr. Koestler first launched his enterprise and in the years that followed success rewarded his faithful energy. He became one of First street’s leading merchants.
Previous to opening the store, Mr. Koestler was employed as a machinist by the Singer Company for several years. He was with that concern in New York City and moved to Elizabeth when the factory was established here.
Mr. Koestler was born in Bohemia and came to this country when a young man. He was married here and has two children Mrs. John J. Stamler and Samuel Koestler. The recent death of his wife to whom he was most devoted brought about his decision to retire. He lives over the store at 140 First Street.

Clipping from the Elizabeth paper June 1927
Memorial Window Unveiled . . . by Adele Koestler daughter of Mr. and Mrs. Samuel Koestler and only granddaughter of the deceased. [The speaker had this to say of Jennie] ” Jennie Koestler. . . never grew old. At 76 years old . . . she was as keen and active of mind as when she was 20. Her interests were manifold. .. Even in her latter years she was present everywhere, and while younger women were deterred by weather and other causes she never missed anything. If anyone was in trouble she was the first to be there, to bring comfort and help. And her mere presence never failed to strengthen those she visited. Her religion was doing good. Her generous heart embraced all sufferers, regardless of creed. One never knew the extent of her ministrations for she did them silently and unheralded. She abhorred idleness as she detested extravagance. She never saw nor spoke evil in others. She only saw the good.”

Joseph lists himself as a machinist on the 1900 census. says he was born Jan 1856
and that he has been married to wife Lena 24 years.
Lena was born May 1857 and has had seven children all of whom are living.
The family emigrated in 1890. Joseph and oldest two sons are Naturalized Citizens.
Sigmund is listed as a machinist; John a lawyer’s clerk, and Alex as an Insurance Agent