The Sessoms Family of Hertford and Bertie Counties, NC
Next-door Neighbors to the Jones/Moore family for over 200 years 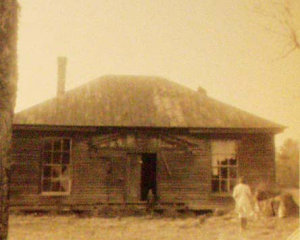 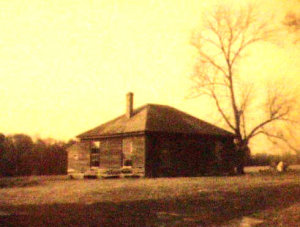 I remember Johnnie Robinson removed the cemetery stones and plowed over the graves that were located near this house ca 1950. My father said that was the old Van Pelt Cemetery.
W W Sessoms was bequeathed “the land I (William Sessoms) bought of John Hunter.”

The Perry Place and Cemetery/Dell Holloman’s
This house located between the W.W. Sessoms house and the Leigh Sessoms house, although recently bulldozed, was very similar to the James Ward home I am always told. The cemetery minus its wrought iron fence is still apparent with some stones tumbled into the graves. Could this have been the home of Josiah Perry 1740-1820 and his wife Amilicent Freeman? It was the home of Freeman Perry ca 1781 and his wife Patty Simons. Also, it was the home of Joseph J. Perry 1817-1882 and his wife Mary E. Sessoms 1825-1879 and his widow Emily D Lewis Perry.
Then Daniel Van Pelt Sessoms 1844-1915 and his wife Martha S Perry 1851-1912.
The family sold this property to A D [Dell] Holloman [son of Efferson D Holloman who was brother of Rocherous Holloman, sons of Whitmell Holloman per Jimmy Holloman].

This Dr. Harrell Sessoms had a home that was located between the Leigh Sessoms house and present day Moore’s Lane.
William Sessoms called this land the Wynn tract in his 1844 will.
Dr. Sessoms died young and his son and daughter were raised by Van Pelt Sessoms. That house burned.
Harold Sessoms 1909 – 1974 of Ahoskie told James Moore that his name was a corruption of the original Harrell and that you could see the wells out in the field when he was a boy. 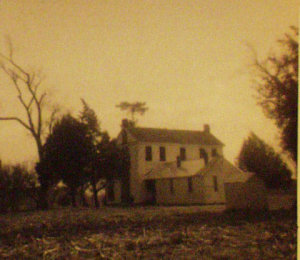 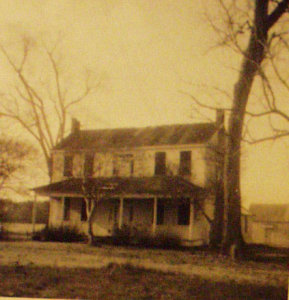 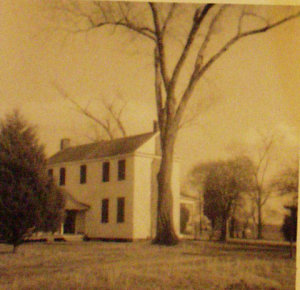 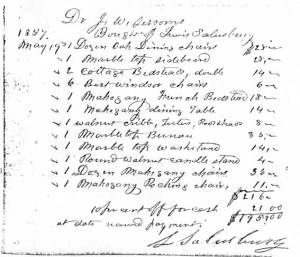 Hazel Montague Sessoms Fowler, 82, passed away peacefully at her home Tuesday night, Dec. 7, 2010. She is survived by her loving husband of 57 years, William, of Colerain; son, William Jr. and wife, Shelley, of Greenville; daughter, Carla Gibbons and her husband, Bruce, of Apex; grandchildren, Emily Fowler and Claire Fowler of Greenville, Bryan Gibbons and Rachel Gibbons of Apex; and first cousin, Merle Montague of Windsor.
The daughter of Carl Burt Sessoms and Hazel Montague Sessoms of Colerain, Mrs. Fowler was born in Norfolk, Va., August 15, 1928. She attended Colerain High School where she was valedictorian of her graduating class in 1945. She was presented to N.C. Society at the 1947 Debutante Ball. A graduate of Woman’s College in Greensboro (UNC ‚Äì G) with a B.A. in primary education in 1949, she taught second grade at Myrtle Underwood Elementary for two years in Raleigh. She also taught two years in Harrellsville.
Mrs. Fowler was devoted to her husband and family and active in Colerain United Methodist Church and in her community. An organist for 62 years and soprano soloist at the church and throughout the community, Mrs. Fowler enjoyed sharing her gift of music. She was a Sunday school teacher for the adult class, past president of the Women’s Society of Christian Service (United Methodist Women) at her church, Director of Colerain Beach, Inc., and past president of the local Women’s Club. Mrs. Fowler was the operator of the family farm in Colerain.
Visitation was at the Garrett-Jones Funeral Home, 205 NC Hwy 42 W., Ahoskie on Friday night from 7 to 8:30 and other times at the home. The funeral service will be held today at 11 a.m. at Colerain United Methodist Church, 209 W. Academy St. Burial to follow at Hillcrest Cemetery in Colerain. In lieu of flowers, the family requests donations to: Colerain United Methodist Church, P.O. Box 295 Colerain, NC 27924, Colerain Rescue Squad, P.O. Box 397, Colerain, NC 27924, or Colerain Fire Department, P.O. Box 247, Colerain, NC 27924.

Published in The Daily Reflector from December 10 to December 11, 2010

the lines of Patti C and Anna [Sessoms – Hollomon]

Some stories about the Sessoms:

Joseph William Sessoms attended Wake Forest College and graduated with a medical degree from the University of Pennsylvania. Returning to North Carolina, he took over his father’s old farm and built a two-room house which served as his office and residence. Following his marriage to Anna Matilda Underwood of Surry, Virginia, it became necessary to build a suitable home, and the result was the present building. The entire structure was built by one old Negro carpenter from 1855 to 1857 and had five rooms. All of the outbuildings except for the log potato house have survived to the present day (1970) and include the smokehouse, kitchen, corn barn, stables, buggy shed and doctor’s office (now the kitchen-dining room of the main house). It is said that the beautiful crape myrtles, cedars and elms now in the yard were part of a wagon load of shrubbery sent to Anna Matilda by her mother after she had moved in.
During the Civil War, Doctor Sessoms served in the Confederate army as a surgeon and was in the Fourth N.C. Cavalry under Col. D.D. Ferebee.
His young wife was forced to stay home with only her small children for company.
On one occasion when the Yankees were advancing into the neighborhood, she hid the family silver over the front door and decided to run to the nearby home of Van Pelt Sessoms for safety. Bundling her infant son Joe, who was three months old, inside plenty of covering, she took her toddler by the hand and set out through the woods.
On the way there she had to cross a stream on a foot log. Unfortunately, she dropped the baby into the water. However, she had the presence of mind to run up the hill and get help. Van Pelt was the first to reach the scene of the accident and had no difficulty in extricating little Joe, who instead of sinking had floated downstream into a thick growth of rushes like Baby Moses.
When Mrs. Sessoms returned home, she found that the Union soldiers had taken all of the meat and her husband’s wine. In addition, they had confiscated her two mules and the family milk cow and calf.

Harold Sessoms related the above to James E. Moore.

Some of the Sources: Interviews with Harold Sessoms ca 1970 by James Moore and notes from other documents in his possession. Conversations with other members of the family including Mrs. Lucie Carter. Various census records. Press Sessoms’s biographical sketch of the family ca 1925. The Sessoms cemetery, and the Perry cemetery and other. The Bible[1802] records of William Sessoms handed down to D.V. Sessoms. Various wills of Bertie Co., particularly those of Millecent Perry, Wm Freeman and his wife Celia Freeman.