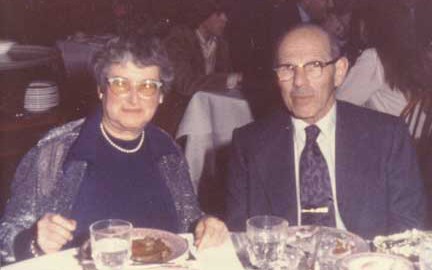 Melvin J. Koestler and Elsa Marion Weschler were married 1 March 1931 at 6 o’clock in the Hotel Madison, New York City in the presence of 200 guests.
Mrs. Herbert Solomon, her sister, was matron of honor, Miss Helen Simons was her maid of honor, Adele E. Koestler, sister of the groom was one of the bridesmaids.
Natural dogwood, white snapdragons, and smilax decorated the hotel.
The bride was gowned in ivory lace over gold cloth.
She wore a tulle veil and carried white orchids, sweet peas and lily-of -the-valley.
The matron and maid of honor were dressed alike in canary yellow flat crepe.
They carried yellow roses and iris.
Attired in Elbe blue flat crepe, the four bridemaids carried bouquets of spring flowers to complete the yellow and blue color scheme.
Mrs. Weschler wore turquoise blue satin and a corsage bouquet of Tallsman roses.
Mrs. Koestler, mother of the bridegroom, was clothed in black velvet. Tallsman roses formed her bouquet. . . .
The bride was graduated last June from Wellesley College and in June 1927 from the Horace Mann School, New York City.
Mr. Koestler who was admitted to the bar last week, is associated with his father at 29 Broad Street.
He was graduated from Battin High School in January 1925; from Cornell University three and one-half years later, and from Cornell Law School in 1930.
He is a member of Phi Beta Kappa. 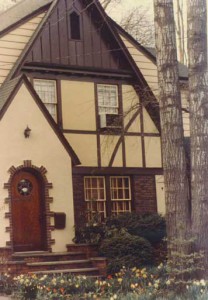 The Daily Journal, Thursday Evening, August 16, 1979 [Elixabeth, NJ] -Roselle Park — Melvin J. Koestler, 71, of 571 E. Grant Ave., died today at his home after a brief illness. Born in Elizabeth, he lived in Roselle Park 48 years. An attorney 48 years, he was associated with the Elizabeth law firm of Koestler and Koestler. He graduated from Battin High School, Elizabeth, Cornell University and its law school.
He was a member of the New Jersey, Union County and American Bar Associations and the board of trustees of the Union Bar Association. He was former editor of the Union County Bar Association newsletter and was secretary of the Cornell Clubs of Union County and Northern New Jersey 30 years. He was also a member of the executive committee of the Cornell Clubs and a member of the board of directors of the Cornell Alumni Associations.
He was chairman of the Committee on Unauthorized Practices of Law in New Jersey. 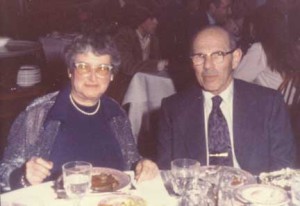 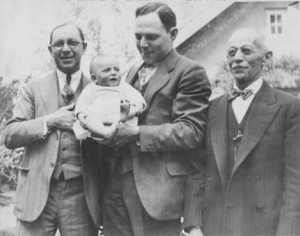 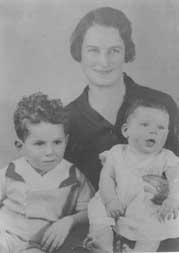 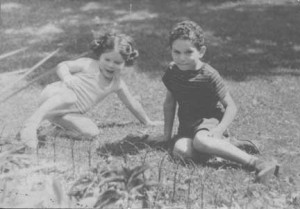 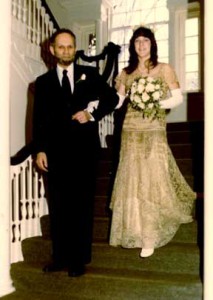 12 March 1983 – Bob Koestler and his daughter Julie on her wedding day.
Mainline Unitarian-Universalist Church, Devon, PA
She is attired in her grandmother’s wedding gown.
photo by Alison Wachstein 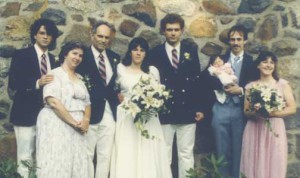 Jane and Jim’s Wedding Aug
Mainline Unitarian-Universalist Church, Devon, PA 1987
Dave, Sally, Bob, Jane, Jim, Maddie, Marc, and Julie
photo by Elsa Koestler
[Allie was involved in an accident on the way to the wedding – so Bob did the photography that day] 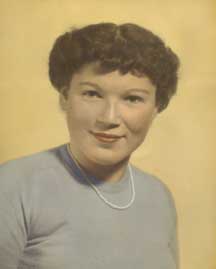 Nancy Ellen Koestler
Occupation: Social worker – Nancy developed diabetes by the age of 2 1/2 .
Her mother, Elsa, never allowed Nancy to be limited in what she attempted.
She took jobs as waterfront director to be able to care for Nancy while Nancy attended summer camp. Although Nancy loss her sight during her college years,
she was able to finish college and also graduate school.
Nancy’s kidneys failed after she caught mumps from a client
causing Nancy’s death at age 26 yrs.