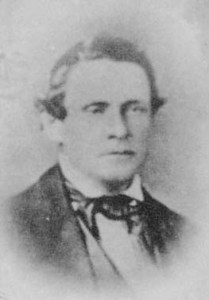 – James Rasco Rayner, son of Enoch Rayner and Penelope Rasco his wife, was born 31 August 1807 in Bertie County, NC. They were members of Cashie Baptist Church near Windsor.
– Frances Florentine Lawrence, daughter of Rev. Reuben Lawrence and his wife Frances was born on 29 October 1813.
– James’ father Enoch died in Dec 1823.
– James received his education at Columbian College in Washington, D.C. [At a very extravagant cost according to his Uncle Elijah Rayner, executor of his father’s estate, in his deposition in a court case.]
– James Rasco Rayner and Frances Florenteine Levana Lawrence were married in Bertie County NC 27 February 1831. [Marriage Bond 26 Feb 1831; Henry D Johnston, bondsman.]
– James served in the House of Commons in 1838 and again in 1842.
– From a letter from James Rasco Rayner in Raleigh to his wife dated Nov 24, 1842:
“I hope you will endeavor to manage to the best advantage. Have the pork killed as soon as the acorns are gone. You must get your father to get salt for you or if you will send to Windsor to Roulhacs you can get it. Keep Rose ploughing all the time that the weather will admit of it. Inquire about those staves at Mr. Riddick’s if they are not in danger of being stolen. If your father sells his, see if you can get him to sell ours. When Ganza and Dick are done getting those dead trees up make Dick plough and Ganza clear up that piece of land on the road. . . get James Mack to build that house I was talking to him about.”
– From another letter to his wife dated 13 Jan 1843 from Raleigh:
“I would rather that you would attend to the instruction of the children than anything else in the world. I know our children are not lacking in sense but it is the lack of instruction that makes them behind others that I have seen here.”
– On 14 Feb 1844 he certified a document signed by Jon S Tayloe, clerk of the court as James R Rayner, Chairman of the County Court of Bertie.
– Frances Florentine Lawrence Rayner died 20 December 1847 age 34 years.
– James Rayner is listed as a trustee of Chowan College 1849-50.
– James R Rayner married (2nd) Mary Elizabeth Collins Howe Mebane on 2 April 1850 [bondman W P Gurley.] (She was the daughter of Thomas Howe and wife Elizabeth Wood. She was the widow of Dr. A W (Alexander Wood) Mebane who served in the house in 1829 & 1830 and was the state senator 1833, 34, 35, 36. Also, both Dr. Mebane and Mary E. were first cousins of Julia, wife of Dr. Godwin Cotten Moore who are another set of my great, great grandparents).
– J R Rayner died 27 September 1852 age 45 years at “The Hermitage” his wife’s Chowan River plantation. Mary, his widow, had died by Nov 1855. 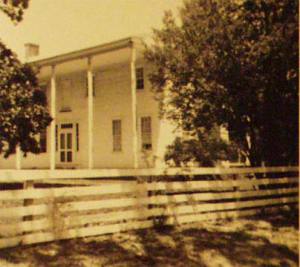 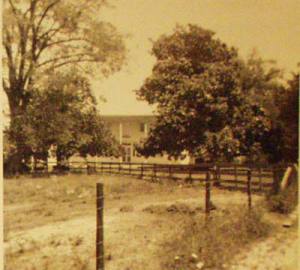 photos of the Hermitage by James Moore ca 1970

about life on the River plantations in Bertie County 1840.

Letter: from Jame Rascoe Rayner to his daughter Aura dated May 10, 1850, while she was a student at Chowan.
“I have no doubt Dr. Wheeler told you I was not at all pleased with your not having made more progress in writing and composition than you have. I do not believe there is enough attention paid to your studies in that respect for certainly if there had you would do better than you are. You are put under no restraint and not compelled to study and improve as you ought, it does appear to me your teachers think more what sort of appearance you will make upon the promenade, at church, at parties and concerts and how well you will sing than they do about storing your mind with useful knowledge such as would be useful to you in the afterlife. There have been more wrangling about promenading and getting to concerts and parties than there has been in any other school in the state. My patience is threadbare. I have almost come to the conclusion to resign as one of the trustees and have nothing more to do with it unless I could conduct it as it should be, for when there is a teacher that places the girls under restraint as Miss Haskell, she is passed by ——. I hope you will make good use of your time and try to improve in letter writing and composition and not go on any excursions or parties unless every person concerned is agreed to it.” James Rascoe Rayner did not serve as a trustee after 1850.

Letters of James Rasco Rayner to his wife and daughter were in Jan 1973 in the possession of his descendant — Mrs. James H. Cable of Altadena, Calif.

Will of James R Rayner: I James R Rayner of Bertie County and state of North Carolina being of sound and disposing mind and memory do this 29th day of September one thousand eight hundred and fifty-two make and ordain this my last will and testament as follows.
first I loan to my beloved wife the use of my property of every kind whatsoever to use as she may desire during her natural life with the exception of what I may hereinafter designate provided she pay all of my debts of every kind whatsoever with the money on hand and the money due me in Baltimore and elsewhere. I have full confidence in the honesty and capacity of my wife to have the management of my little children and to assist them in any way she may think proper.
I desire my friend William Leary to accept the Guardianship of my children not married. I desire that my son James Thomas as soon as he is old enough to be put out to learn a good trade and that my son Frank be well educated. I desire that my daughter Mary be sent to school two or three years longer (Miss Mollie attended the school conducted by Mr. Alfred Darden at his plantation Elm Grove at Mapleton) and my other children I leave to the option of my wife to manage in any way she may think best. I want all my books and tools to be kept and given to my boys when they need them or as their guardian may think best.
At the termination of my wife’s natural lifetime, I want my property as equally divided as it can be amongst all my children that may be then living except my two Daughters Aura and Alice their heirs and assigns forever and to them, I give and bequeath one dollar each. In witness thereof I the said James R Rayner have affixed my hand and seal this day & date above written James R Rayner (seal)
Signed Sealed presence of John B Gilliam Wm A Ferguson

Frances Penelope Rayner 22 Jan 1838 – 7 January 1866:
“Neppie” went blind at an early age. Eunice Waters had a little box with the braille characters she used for writing.
She was in a school in Philadelphia when Lincoln was shot. The girls in the dormitory had hung crape on the Bedposts.
Being a good Southern girl, she went into a rage and tore it all down!
On the 28th October 1855, Mary E C Howe Mebane Rayner added this codicil to her will. In addition to the above legacies, I give and bequeath to Penelope Rayner daughter of Jas Rayner dec’d the sum of Six hundred dollars to be appropriated by her guardian to her support and education at some Blind Institute in witness whereof I have set my hand and seal this 28th day of October 1855.

James Thomas Rayner and Celia Holly had no issue.
James Thomas Rayner and Margaret E Mitchell had:
(lived at the Mill Landing Farm between Windsor and Eden House)
DIED. — We regret to hear of the death of Mr. James Thomas Rayner, which sad event occurred at his home, Mill Landing, this county, early Sunday morning from Bright’s Disease. He was a very large man, and a large merchant and farmer also. Another good citizen has gone that journey from whence no traveler returns. Our sympathy is extended to his bereaved family. 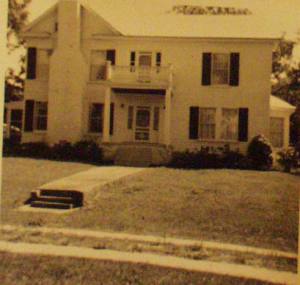 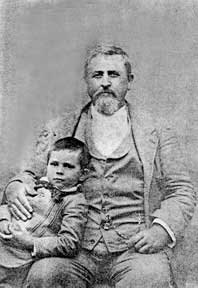