Cader Mitchell was the son of William Mitchell and his first wife.
I estimate that William married Lavinia Earley about 1763 when Cader was ten or eleven.

Abstract of will of William [x] Mitchell
Bertie Co NC – D/321 — 22 Jan 1796 — Feb Ct 1796
— wife Elizabeth Mitchell – lend my manner plantation and houses for her lifetime or widowhood, also my stock and Negroes Cato, Rose and Cherry, but if she cannot command these Negroes as to make them do their duty, they shall be hired out.
— son Cader Mitchell — my manor plantation and all my lands, also brandy still, worm, and cap and one pair millstones.
— to Silva Scott – twenty silver dollars.
— Grandson Wright Mitchell — one French musket
— Grandson William Mitchell — one English musket
— Grandson James Mitchell — square barrel gun.
— to Uriah Dunnin – five shillings
— son Cader — remaining money in my house.
Remaining estate to be divided between all my children Cader Mitchell, Ede Cook, Judah Hardy, Winne Jenkins, Mary Hale, Mille Oliver, Happy Oliver, and Theny Dunnin and Rhenny Dunnin may draw the part of their deceased mother.
EX: son Cader, James Jenkins, Junr.
WIT: Wm. Cherry, John Oliver [abstract by David B Gammon]

Wright Mitchell was born about 1776 in Bertie County NC son of Cader Mitchell and his wife Elizabeth Jenkins. Celia Stephens was born in South Carolina.

1806 Living in Livingston, Kentucky
Deed 1818 Wright also had 320 acres showing up in the Silver Creek community in 1818
April 22, 1820 The oldest tax roll records go back to 1825, they show Wright and wife Celia buying three lots in Monticello from Harmon Runnells, # 19,20, and 22 in April 1820 (Lawrence County, Ms.)
Wright Mitchell was among the first settlers to tame the Pearl River Valley.
Wright ,as well as the towns founder, Col. Harmon Runnels and others created the town and government.
For a period of five years county courts were held at the house of Wright Mitchell, and then a rude log courthouse was built on the site of the present building.
Public Office : Wright Mitchell was the FIRST CLERK OF COURT FOR LAWRENCE COUNTY, MS.
Note: Wright and Celia also, owned 240 acres in Monticello area.
1830 Henry, Edward, and Wright were The only Mitchells in Lawrence Co.
Deed 1836 They sold 19 and 20 later in 1836.
This seemed to be a desperate time in the region, for many families were selling out.
Fact: Lawrence county,Ms. once was the largest county in the territory(1000 sq. miles).
Later divided into three counties. Jeff Davis, Lawrence, and Lincoln.
Whitesand is now in Jeff Davis
1840 Cader and Wright were the only two in the County. (This is Cadar Daniel Mitchell son of Wright Mitchell)
Wright Mitchell in Census
1840 Lawrence Co., MS Lawrence County, Mississippi 47 17
Mitchel Wright pg0047.txt
1841 Lawrence Co.,MS
1845 Lawrence Co.,MS
1850 Weston District , Caldwell Parish,LA, in the house of William L. Brown ( just above John W. Mitchell) Enumerated #292 age 74- Farmer NC Celia is with him age 63
1860 Caldwell Parish, LA age 84 I believe this is also, Celia Stephens Mitchell living with him NOTE: Shown in the house of R.T. Bell ; I believe the Enumerator of the census made a mistake: next door is Milley Mitchell and Lucy Mitchell 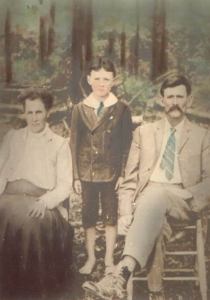 Cousins please, write me I have more on some of the issue. Robbie Landry

I live in Louisiana and it drives me nuts that I can’t find a will or succession for Wright Mitchell or Celia.I know he died in Caldwell Parish,Louisiana.

Below I have my sources for Wright Mitchell:

e-mail from Robbie Landry: In my information I have found a mistake I made.
Wright Mitchell’s son John Westley Mitchell should be ‘John Wright Mitchell’
My source is the Tax Records of Jena Lasalle Parish, Louisiana.