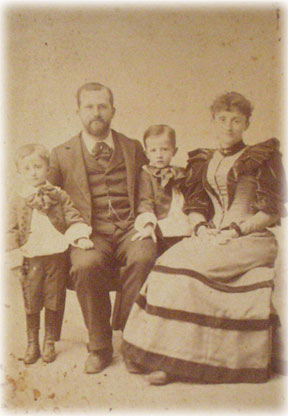 Children of Bessie, Charles and Julia 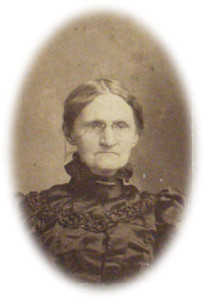 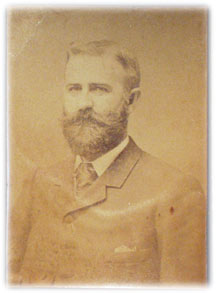 Bessie and Col. W L McGhee of the Militia

Elizabeth was born at Mulberry Grove. 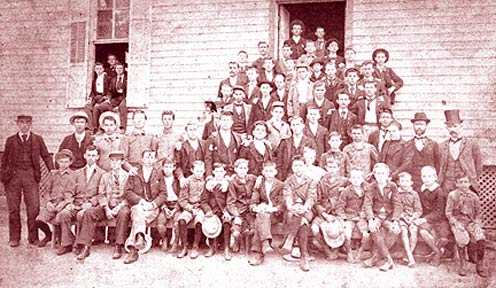 This picture I found in the parlor at Maple Lawn may be his school. 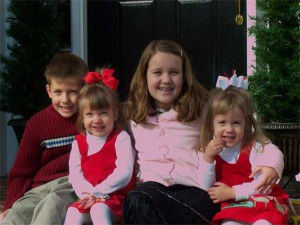 Uncle Charles moved to Littleton in 1889 and opened a general store. His store’s low prices won for him the confidence of the people and the adage that Moore’s was the cheapest. In 1897 he built a new brick building (that still stands) on the corner of North Main St and Roanoke St later renamed Spring St ca 1907. A 1897 newspaper article says he was “a man who has spent his life catering to the demands of customers and today ranks among the progressive merchants on the county.” In his store he had the nicest assortment of goods found between Henderson, NC and Portsmouth, VA. In March 1899 he advertised in the newspaper that since Littleton was offering a free smallpox vaccine available for everyone, Moore’s Bargain House was disease-free and perfect for shoping. His store furnished the local school children and the local schools with their books and school supplies. He was on the Board of Trustees of the Littleton Graded School, which was charged with selecting and approving the school teachers. Uncle Charles chaired this board for many years. He also was a Littleton commissioner, a director of the Littleton Hosiery Mill and a member of the Planters Bank’s board of directors for many years. Littleton’s telephone switchboard operated by Miss Fanny Blow was located on the second floor of Uncle Charles’s building. (from excerpt from “Littleton’s Leaders” by Rebecca Dozier}

Charles was considered a leader in Littleton’s political and business community. He was a Littleton commissioner, a director of the Littleton Hosiery Mill and a member of the Planters Bank’s board of directors.
He left a very modest estate, consisting of an insurance policy worth $2750, his brick store in Littleton and a frame store adjacent, his house at 219 Mosby, and stock in two power companies. (from Thomas Gale Moore’s web site) 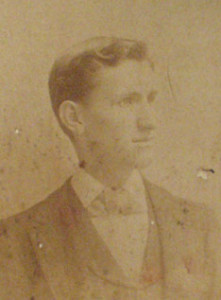 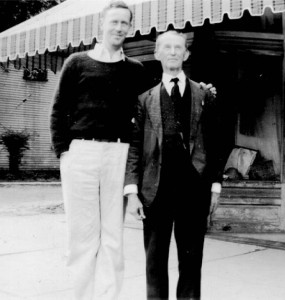 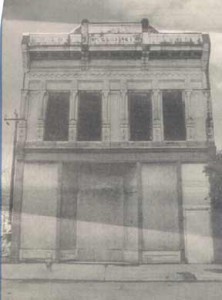 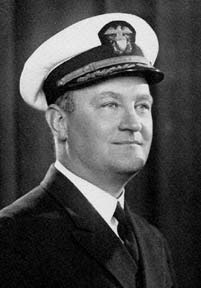 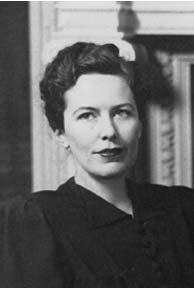 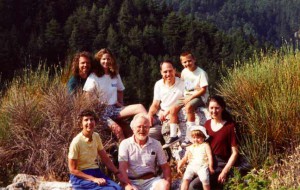 The family of Thomas G Moore
on vacation in Greece 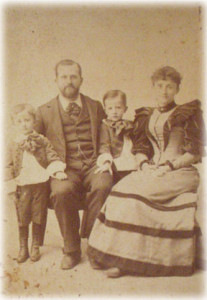 Cousin Eunice said that Aunt Julia was married a day later than planned originally. Uncle Willie was delayed arriving at Winton because of a terrible snowstorm.
So they were married at Maple Lawn the next morning.

Although William and Julia Yeates both died at their home since 1895 in Atlanta GA, they were both buried in Washington DC in the Yeates plot in Glenwood Cemetery.
“She died in Atlanta, where both she and her husband had lived since about 1895.
Her father-in-law Jesse J. Yeates owned a large plot in Glenwood Cemetery.
He and his wife and Aunt Julia’s little girl were all buried there. When Uncle Willie died around 1908, he was taken back to Washington. Then Cousin Annie Yeates told me how she and her husband Will accompanied her mother-in-law’s body on the train to Washington when she died in 1928. On the way, they halted at Littleton and visited Uncle Charles.” e-mail from James 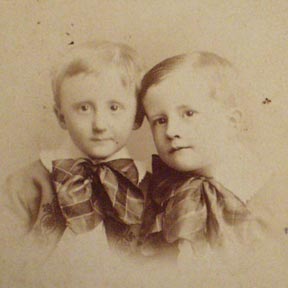 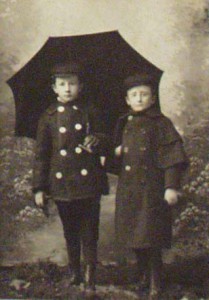 the three youngest children of John and Ann Moore: Philip, Jack, and Godwin