Godwin Cotten Moore and Julia Munro Wheeler were married 25 June 1832.
Godwin Cotten Moore the son of James Wright Moore and Esther Cotten was born at Mulberry Grove, Hertford Co, NC on the 7 Nov 1806.
He grew up fond of fox hunting.
He studied at the O’Brien preparatory school at Murfreesboro. (Hertford Academy then operated by Thomas O’Grady.)
He entered the University of North Carolina at Chapel Hill in 1822;
but his studies were interrupted before he completed his junior year by an illness.
Later, he studied medicine with his brother-in-law Dr. N P Fletcher, who lived in Roxobel, NC. Godwin then enrolled in the Medical College of the University of Pennsylvania receiving his M D degree in 1828 with high honors.
He returned home to Mulberry Grove to establish his practice which flourished by “his manner and bearing and large intelligence.” A goodly number of children were named in his honor.
“He was eminent in his community because of his walk in life.”
As a Mason was Master of King David’s Lodge, Roxobel, N C.
He helped found Pleasant Grove Baptist Church near his home.
A devoted Baptist he served 37 years as moderator of the Chowan Baptist Association.
He was elected in the Baptist State Convention of North Carolina to the board of managers (1842-44) vice-president (1847-54) and trustee (1849-67.) trustee Wake Forest College (1838-60)
Also, he was one of the founders of Chowan Baptist Female Institute–first chairman board of trustees (1848-67.) 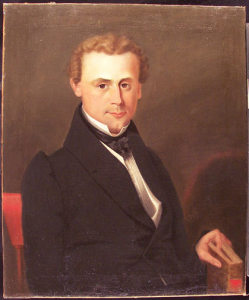 Although a Democrat in Whig territory he was elected to represent Hertford County in the House in 1831 and the senate in 1842 and house again 1866-68.
From 1857 to 1861 he was chairman of the old county court a position usually held by a lawyer.
Here’s a letter Dr. Moore wrote his brother in law Turner Westray about conditions at Mulberry Grove 8 Feb 1865. 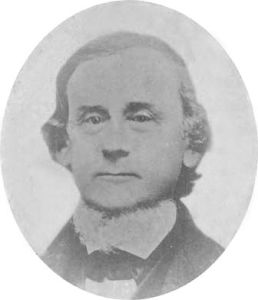 Dr. Godwin Cotten Moore died 6 May 1880 at his home Mulberry Grove and is buried there in the family cemetery. 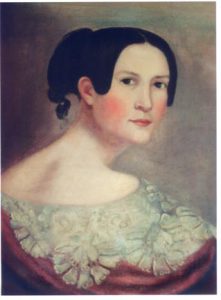 Julia Munro Wheeler, daughter of John Wheeler, merchant, of Murfreesboro and his second wife Sarah (Sallie) Ford Wood, was born 14 June 1814.
Julia was named for her father’s sister Julia who was married to Robert Munro of Washington, D.C.
Julia’s mother died when she was six months old; Julia then spent some time in Orange County, N C in the household of her aunt Mary Wood Mebane and her husband William.
Later she returned to Murfreesboro to her father’s house after he married for the third time; his bride was Sarah Clifton, Julia’s mother’s first cousin.
Uncle Jule said when looking at this portrait in our parlor, “Mother had a long neck, but I don’t think it was that long!” [This portrait is said to have been painted by Ellen Sully Wheeler, her brother John’s 2nd wife.]
Mrs. Julia Munro Wheeler Moore died 17 May 1888 at the home of her daughter Esther in Rich Square, NC, she was buried at Mulberry Grove beside her husband. 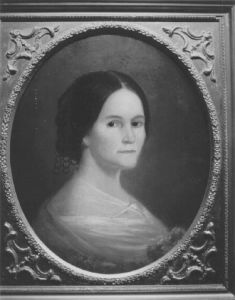 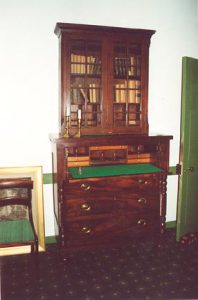 Mulberry Grove secretary
on display at the Wheeler House in Murfreesboro, NC

Note: “The Lady Alice Lisle’s daughter married a Cotton. However, they had no children. In the 1870’s a character named Ballis showed up in Richmond claiming he was looking for heirs to the Lisle-Cotten estate. He is supposed to have visited Dr. Moore at Mulberry Grove. According to Tom Parramore [and others before him including my father SMK], he was a confidence man. It was about this time that Uncle Will’s daughter was named “Alice Lisle” and that the longstanding practice of spelling the family name “Cotten” suddenly rolled over to “Cotton”. E-mail from James 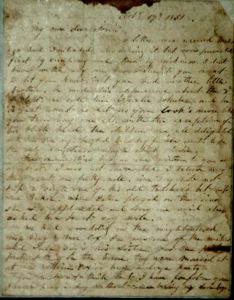 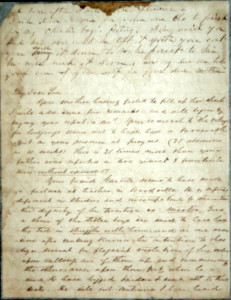 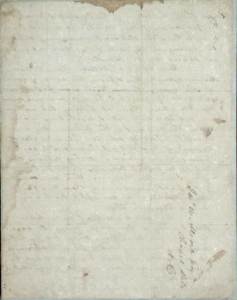 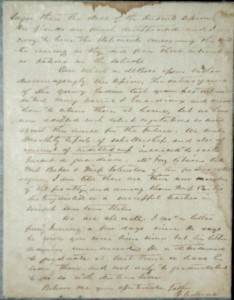 from his parents to John Wheeler Moore at Chapel Hill, NC

Mr. Dear Dr. . . . Politics is a disease that affects the whole country nearly alike in its symptoms, I suppose, and its results vary like other epidemics. Here the Black Republicans have nearly succeeded in electing their congressman an probably have succeeded but the issue is doubtful. The hopes of the Democrats are faint, yet they hope on. The Legislature refused to elect a Senator and free-soil-ism was at the bottom of it. I am disgusted with the subject myself and wish I could go to some place where politics was prohibited. At least to try it, for there is no doubt that like everything else we are accustomed to, we long for them when we have lost them. . . But to get out of this land of freedom, would be a source of pleasure, far greater than any other I know of for the present. It would cause me to see my friends, relations and home once more and free me from association with about as mean a set of people as are allowed to live on a free soil.
My health is at present very good and I am actually fattening a little. I hope yet to emulate my nephews in rotundity and good looks, however much I may fall short in other respects.
The Military Road under my charge is progressing and I hope in a couple of months more to use the appropriation so badly that we will have to stop to rest ourselves.
I had hoped long before this to have seen you all. So satisfied in fact that I should be East in a few months, that I allowed Em. to go home or rather I should say sent her home, to save her the disagreeable trip of 800 miles sea-travel up here and as I thought 800 more is so short a time back to San Francisco on our way back. However she is comfortable and well cared for and I am doing finely. So we will be merry and hope on.
Give my love to Sister Julia, and all the children, and may I soon have the pleasure of taking you by the hands and once more under the roof of the home of my childhood, is the sincere wish of
Affectionately yours
Junius

the Weaver brothers, nephews of Dr. Richard Thomas Weaver, sons of his brother Robert A Weaver and wife Cornelia