1756 – Thomas Longworth, cordwainer of Newark NJ, advertised in the New York Mercury in 1756 that his apprentice, Job Taylor, had run away to serve on the privateer Prince George.

NJ Biographical & Genealogical Notes Vol IX p 161 “Thomas Longworth, a leading member of Trinity Church, Newark, was also advertised as ‘a fugitive now with the enemy’ at the same time as Isaac, and his wife, Mary Bruen, and was deported from Newark in June 1777. He returned to Newark after the war, and died July 23rd, 1790 , aged 72 years. He was the father of David Longworth, who published the first New York directory in 1786 and was the grandfather of Nicholas Longworth, one of Cincinnati’s prominent citizens for many years.—-Collections NJ Hist Soc VI and Supplement passim; 1 NJ Archives XXII; Minutes Provincial Congress; Revolutionary Correspondence NJ Executive Sabine’s loyalists, II,. 546–NJ Archives, 2d Series, page 419.

New York Gazette and Weekly Mercury, July 7, 1777
A Specimen of Rebel Humanity, experienced at Newark in New Jersey by the wives of Thomas Longworth, Isaac Longworth, Uzal Ward, and some others whose Husbands left that Place last January and took Refuge in this City. The Committee of Newark ordered the Wood to be cut off their Land, their Grass and Hay to be destroyed and their Persons insulted and they were not permitted to remain in the Province longer than Thursday the 26th ult. when Guards were placed round their Houses and their Effects secured by Order of their titular Governor William Livingston: to expostulate was needless as the Guards told the Women if they refused to obey, Violence would be used. The cries of Mothers, Children, and Slaves obliged to leave their Homes for differing in Sentiment from their Neighbors would have excited pity in the Breast of any but Savages. The Mandate must be obeyed. The Wife of Mr. Thomas Longworth having two young Children to take Care of was favored with a Straw Bed. They all arrived here last Sunday Week. (NJ Archives-newspaper abstracts)

Rachel Adams was born 8 Sept 1743 in Philadelphia PA the daughter of William Adams and wife Rachel Townsend? and died on 20 Aug 1787 in Beaufort District, SC at age 43.

“James Black was a Scotsman and did settle in Virginia first,
he and Rachel were married in Philadelphia PA in 1762.
James served in the Virginia Militia apparently until 1766
and records of him in Beaufort SC date back to 1772.
Once in Beaufort, James involved himself in the thriving local shipbuilding industry
and ultimately became one of the more prominent shipbuilders just prior to the Revolutionary War.
During the war he served with the Beaufort Militia, but exactly when he died is unclear. Accounts of an incident about the time of the Battle of Stono Ferry in June 1779
indicates he was killed by a British night raid while serving guard duty.
However Lester in “Old Southern Bible Records” indicates he died 20 Aug 1780.
He was buried at the St Helena Episocopal Church Cemetery in Beaufort District SC.” 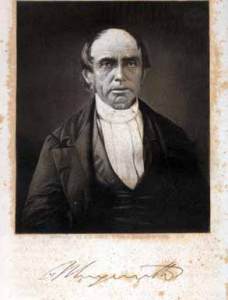 clerked for a time in brother Archibald’s plantation store in St. Luke’s Parish in Beaufort District SC
went to Cincinnati in May 1804; Lawyer, Horticulturist, and large land owner 1851 Memoir 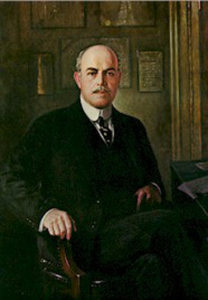 Painting by Robert Doblhoff, 1930,
Collection of U.S. House of Representatives

“Anderson-Overton” by W P Anderson. Cincinnati – 1945 which included a transcription of a hand written paper re 1844 of Nicholas Longworth who died in 1863 re his family’s history.