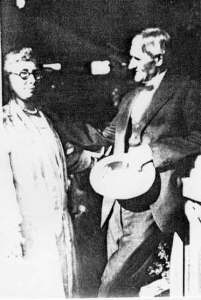 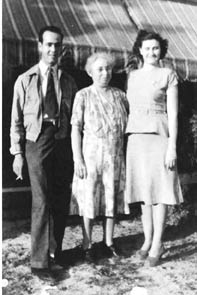 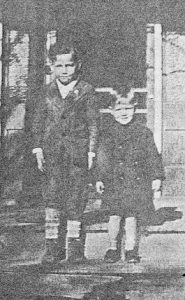 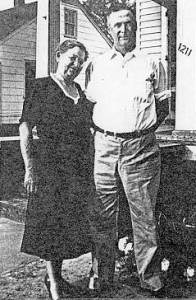 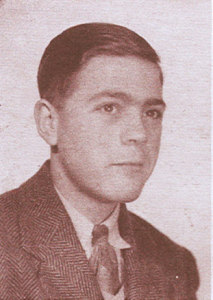 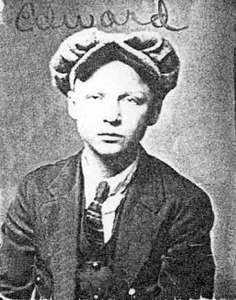 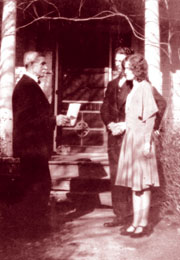 Joseph Edward Raynor, 95, of 1217 River Road, Suffolk, entered into rest with the Lord on Saturday, May 29, 2004, in Obici Hospital.
He was born on Aug. 11, 1908, in Powellsville, Bertie County, N.C., and lived most of his adult life in the Norfolk and Suffolk areas.
He was a son of the late Morton L. and Hattie Parker Raynor. In addition to his parents, he was predeceased by his loving wife of 72 years, Christine Bittner Raynor (his “Angel Eyes”); an infant daughter, Betty Lou Raynor; a sister, Alice Raynor Dilday; a brother, Morton L. Raynor Jr.; and two nephews, Thomas Howard Dilday and Morton L. Raynor III.
Survivors include: two nephews, Lockhart Dilday, and wife, Willanette, of Carrollton, Md.; and Lacey LaMar Dilday of San Diego, Calif.; a niece, Judy Raynor Debellis, and husband, Mike, of Bellevue, Wash.; a niece, Louise Dilday, of Arrowhead, N.C.; his wife’s sisters, Ivy Bittner Hollowell, and daughter, Elaine Vann Jones of Suffolk, and son, Eley B. Vann, and wife, Lisa, of Greenville, S.C.; and Merlynne Biittner Powell, and son, Herbert Allen Powell II, and wife, JoAnn, of Norfolk; two nephews, Ralph A. Biittner, and wife, Virginia, of Virginia Beach, and Charles T. Biittner, and special friend, Patty Cope, of Claremont; a niece, Mary Margaret Simmons, and husband, Jackie, of Moyock, N.C.; a number of great nieces and nephews; and long-time devoted couple and special friends, Wilbur and Norma Morris Jr.
“Ed” Raynor served in the U.S. Navy during World War II and had retired from the Norfolk Naval Shipyard. He was a member of the First Baptist Church and the Moore Sunday School Class. He was a 50-year member of the Masonic Fraternity Nansemond Lodge No. 77, life member of the Khedive Temple, A.A.O.N.M.S. (lifetime member of the Khedive Clown Unit), and 50-year member of the Scottish Rite Bodies of Norfolk. He was a 50-year Pythian Veteran and 50-yearWoodmen of the World. He was a member of the Suffolk Shrine Club and Sinai Chapter No. 18 Order of the Eastern Star.
Because of special bearded facial features he was often called Colonel Sanders. and at Christmastime enjoyed the role of Santa Claus. He loved people and traveling and will be greatly missed by family and friends.

JACKSONVILLE, Fl. – Arthur Dowell (A.D.) Newsome, 79, formerly of Ahoskie, passed away quietly Sept. 2, 2004. ..A.D. was born and grew up in Ahoskie. He was the son of the late Hoard Newsome and Bruce Newsome Gerock. He and his wife lived in Jacksonville, Florida for 35 years. ..Mr. Newsome …. began his life’s work with Seaboard Airline Railroad in Portsmouth, Va. in 1941. He retired from CSX in 1984. ….Mr. Newsome is survived by his wife of nearly 59 years, Mae Odom Newsome, and children Ruth Privette (Jerry) and Richard (Cheryl). He had four grandchildren, David Privette, Carrie Privette Clark, and Avalon and Cheyenne Newsome…. He also leaves sisters Lois Crain of Marietta, Ga., Mildred Waller of Portsmouth, Va. and Eleanor Beck of Athens, Ga…A memorial service celebrating his life will be held Sept. 8 at 10:30 a.m. at Parkwood Baptist Church [FL]. A funeral service will be held at 2 p.m. on Saturday, Sept. 11 at Garrett Funeral Home, Ahoskie… Interment will follow in the Ahoskie Cemetery. from R-C News Herald 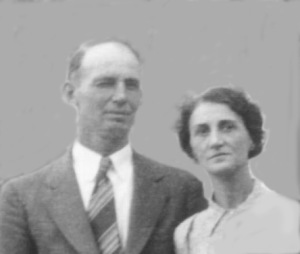 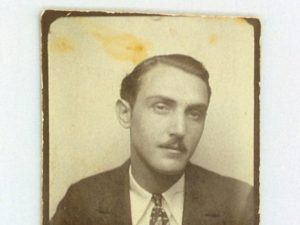 Eunice wrote that her mother “guided and helped the unhappy, visited the lonely, clothed the naked, fed the hungry, ministered to the sick – all ages – all diseases, comforted the dying, watched with many families the long awaited angel of Mercy named Death, with her own hands sewed shrouds for the dead, folded their hands in their caskets, comforted the bereaved as they returned from grave side to empty chairs at home.” 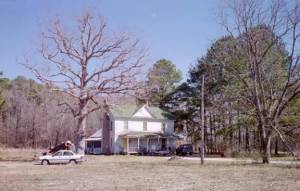 Home of the W E Sessoms
photo by Bill Sessoms

Eunice also wrote: One day my mother took her three Children (for that was before my youngest sister was born.) and with the cook started to Grandma’s on an old bump cart driving my father’s old hauling steer. A steer I dimly understand was an ox but not a bull. The preparations for the trip was terribly exciting. First my mother put a low seated chair in the two wheeled cart and with a plow rope tied it securely to the front board. No one could ever tell when a steer would decide to run away – even a very old steer. Then a high hind board was put in the back of the cart closing it in like a big square box with the top open to the big blue sky – on the floor of the cart was spread a quilt, one that was old and faded and ugly, and on this we children sat or lay or stood up and peeped over the sides. On very hot days we held a big black umbrella to keep the sun from drawing a blister. None of us wanted a blister for blisters burned and had to be plastered with sweet cream and the cream felt nasty. But this was not a hot day, this was a winter day – in February and the trees that we saw over the top of the cart sides were black and naked. They looked lonely and when we looked up at their very top we could see an old crow or some black birds on the naked limbs. But looking at the trees made my neck hurt in the back so I sat down on the soft quilt and spread my hands in the sun and thought what a nice sun it was in winter, that would warm and not blister. After awhile the steer stopped and I climbed up and peeped over the side to see what was wrong. We had come to a low branch where the water was clear and the ox stopped to drink — I could hear him sucking the water in with a quiet noise and I could see little quivers in his neck each time as he swallowed. We passed no body, because nobody had stopped and we met only one man. He was driving a white horse hitched to a high topped buggy. The curtain in the back was rolled up and we could see the man’s hat after he passed us. A black and white dog was running along under the buggy and I was afraid he would get his feet under the wheels. My mother said he was a bull dog when I asked why his nose was so short – and he did not have any tail. For a long time I stood watching the wheel turn over and wondering why bull dogs had not tail and almost no nose. Not long did I worry about that dog – this was a great day – a day filled with great doings. After watching the wheels turning over and counting each turn until I forgot how many I had counted and started thinking we would never get to Grandma’s that morning. Then I wondered if all my dinner would be eaten and I remembered I did not eat my oatmeal at breakfast I had been so busy getting my little doll dressed and after I had her all ready my mother made me leave her home all alone. Just suppose, I thought, something awful should happen, someone might steal her. The house might burn up to nothing but smoking ashes. When I looked over the front side of the cart next time I could see the big big oak trees in Grandma’s yard – They were the biggest trees in the world I knew. and they had the neatest acorns on them too. . . . . I could see the smoke now coming out of Grandma’s chimney a big smoke, white like a cloud, going up in the sky.

One thought on “Beulah, Percy and Morton Rayner”