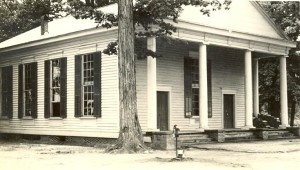 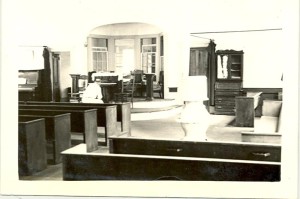 “One of Hertford’s oldest church buildings is the plain frame meeting-house of Pleasant Grove Baptist Church. Interesting architecturally for its severe classic lines, the building is striking for its high windows. The building has changed little since ante-bellum days when it was built. Many years was home church for Dr. Godwin Cotten Moore, ante-bellum Baptist leader who served 37 years as moderator of the Chowan Association.” from “the Herald” 1959 by Parker bros.

This building has since burned with all the old records and has been replaced with a building of similar appearance . 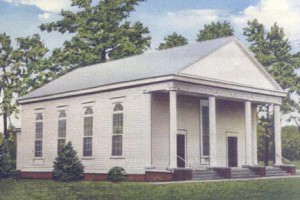