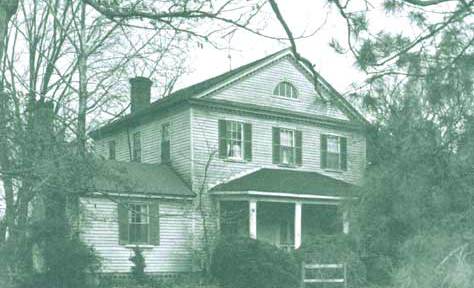 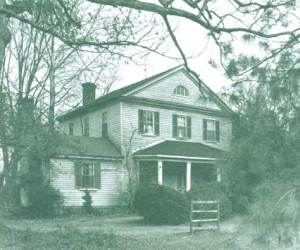 This is my working hypothesis – the way I see it as of this moment!!
sources include the Norfleet compilations of Stuart H Hill, W A Graham Clark, Filmore Norfleet, Claiborne T Smith Jr and Dr. Lyn Hart found at the Web sites of Philip Norfleet and of Molly Urquhart and elsewhere.

Stephen Andrews Norfleet was born September 28, 1822 in Woodbourne Plantation, Roxobel, NC – son of Thomas Figuers Norfleet and Margaret Andrews. He received his education from tutors, the Vine Hill Academy at Scotland Neck, and the University of North Carolina, graduating with honor in 1841.

“Some years prior to the outbreak of the Civil War, Colonel Norfleet purchased from Mrs. Elizabeth Sutton and the Granberry heirs, 600 acres of land lying on the north and south sides of the road leading from Roxobel to Woodville. This was the “Kelford” plantation, about three miles south of Roxobel. The Colonel and his family lived at “Kelford” till the house was burned; whereupon, they moved to “Woodbourne.”

from the Weldon “Roanoke News”August 20, 1885:
“We regret to announce that the handsome dwelling house of Colonel Stephen A. Norfleet near Roxobel, Bertie County, was burned Wednesday night of last week. The fire caught from the kitchen, and the entire building, with about half of the furniture, was consumed. There was no insurance.”

“The present little town of Kelford, on the Norfolk and Carolina Railroad, was built on this plantation and gets its name from it.

At the time of the Civil War, he owned 150 slaves and 4,000 acres of land in Bertie County. He was a Colonel in the Confederate Army. He lived at Woodbourne, Roxobel, Bertie Co,NC after the residence he built in Kelford burned in 1888. Stephen A Norfleet died 2 July 1910 and was buried in the family cemetery at “Woodbourne”

Abstract: Norfleet family of Bertie County, N.C.Correspondence, legal documents., land records, account books, plantation journals, and other records of the Norfleet family. Six of the volumes are diaries or account books of Stephen Andrews Norfleet (1822-1910), proprietor of several plantations in Bertie County. Accounts, 1844-1895, relate to slaves, debts, receipts, and expenditures. In his journals, 1856-1860 and 1870-1871, Stephen A. Norfleet recorded daily agricultural activities and the health of his slaves. He also kept notes on navigation on the Roanoke River. Two volumes are the diary, 1891-1892, of Ernest Norfleet (1851-1901), a U.S. Navy surgeon, on a voyage to China and Japan, including descriptions of travel and social life in the Far East and references to Norfleet’s interest in Eastern art. Also included are family correspondence, 1820s-1900s and legal and business papers, early 1700s-early 1900s, of the plantations and of various family members..Size: About 350 items (2.0 linear feet). Dates: 1722-1929.

Thomas Figuers Norfleet and Margaret Williams Andrews were married June 1808 in Hertford County, NC. Their home “Woodbourne” was built by them in 1809 on

1803 This John Norfleet first appears in Halifax records – a commissioner in an estate division.
1820 Negroes belonging to his estate listed in census.
1830 estate finally divided between his children
His widow Mary is said to have married 2nd William Higgs.
Mary was the daughter of James Granberry of Northampton County NC

from the files of David B Gammon

Reuben Norfleet married first in 1765, the widow of Thomas Langley, Lucy Penelope Smith who was born 1746 the daughter of James Smith and Mary Edwards.

Reuben Norfleet was born 25 Jan 1729/30 in Perquimans County and died May
1801 in Roxobel, NC. He was a wealthy planter who owned large tracts of land on both sides of the Roanoke River. During the Revolution he was justice of the peace for Bertie Co. and a U.S. Postmaster. He was a private in Captain James McGirtt’s Co. in the NC Militia Regiment commanded by Col. Richard Richardson (French-Indian War); but the company muster list indicates that he deserted on 12 Nov 1759.

25/402 18 June 1821 JAMES YOUNG to ETHELDRED JELKS
For $420, all his right which the said JAMES YOUNG by his own right and also the right which DREW YOUNG conveyed to DREW PENDER and said DREW to said JAMES, which is 3/5 of money arising from the sale of the 350 acres where my mother now lives, and who has the right of possession during her life, at the end of which time it is to be sold according to the will of my deceased father Dolphin Drew Young.

Ref: emails from David B Gammon

as Thomas Norfleet Jr he was granted 130 a near Barbicue Swamp in the Upper Parish of Nansemond County on 25 Oct 1695 [VA Pat 9 p20]. He received another grant in the same locality for 130 a on 14 July 1718 [Vol 10 – p397]. Thomas Norfleet bought 275 a from William Jones 5 April 1697 and 40 a from Charles Drury 26 July 1721. He died sometime after 1721 in Nansemond County where his will was probated. The record of the above purchases of land and the ref to the will of Thomas Norfleet Jr appears in the title deed to 1093 ac which Marmaduke Norfleet, son of Thomas, sold to George Washington and Fielding Lewis 26 April 1766, Perquimans Co. Registry. 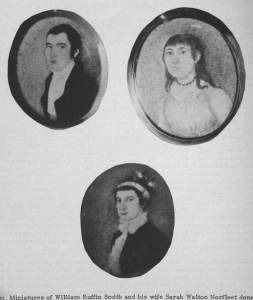