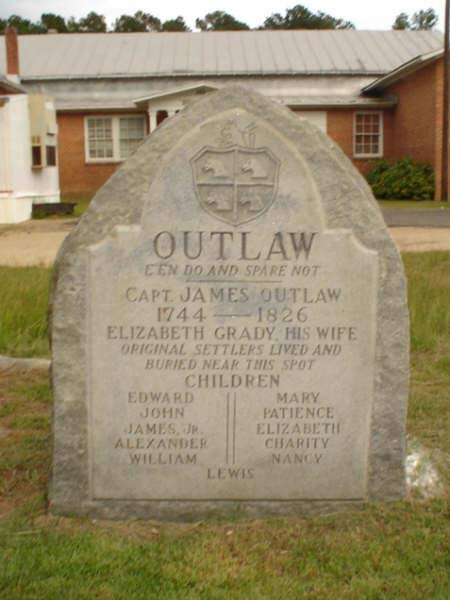 This is my working hypothesis – the way I see it as of this moment!!
ref: The Outlaw Family of Virginia by Benjamin C Holtzclaw — HSF Vol XVI

about 1665 Edward Outlaw as a young teen and his brother Capt. John Outlaw came to Virginia.
In 1668 John & Edward Outlaw with another young man killed illegally a steer but only John was fined indicating that Edward was still underage.
In 1672 in North Carolina records Chowan Ct: Samuel Davis against Jno. Outlaw.
In 1673 Edward Outlaw of the Western Branch of Norfolk Co, VA was summoned for not keeping up the roads.
after 1672 No records have been found for John.
In 1674 Edward Outlaw was paid bounty for a wolf’s head.
on 15 Jan 1678 He is referred to as a mariner when he received 100 acres of land for importing himself twice. On that same day Dennis Ashley received 100 acres. The next day Francis Thelabell and Sarah his wife deeded to Dennis Ashley and Edward Outlaw 300 acres.
On Aug 4, 1680 Edward and his wife Elizabeth deed 150 acres to John Booth that he had bought from John Nicholls.
On April 20 1682 Dennis Ashley and Edward Outlaw received a grant for 556 acres which they divided in Nov 1682.
On 16 Jan 1709/10 one of the Edward Outlaws was licensed to keep an ordinary in Norfolk Co, VA.
19 Dec 1713 Edward Outlaw wrote his will and it was proved 17 Dec 1714.
Ref: The Outlaw Family of VA by Benjamin C Holtzclaw pub in Bodie Vol XVI

This is my working hypothesis – the way I see it as of this moment!!
ref: The Outlaw Family of Virginia by Benjamin C Holtzclaw — HSF Vol XVI

Edward Outlaw was probably married 1708/10 to Anne Ivey the daughter of George and Hannah Ivey of Norfolk Virginia.

Edward Outlaw [or his father] was licensed 16 Jan 1709/10 to keep an ordinary in Norfolk Co VA
D Bk 8 – p 116.
16 Mar 1710/11 Edward Outlaw ordered to pay James Gibson in a suit of John Jollife vs. Edward Outlaw Bk 9 Orders p 9.
Dec 1713 and Jan 1713/14 George Sparrow sued Edward Outlaw Jr
On 17 Dec 1714 Edward and his brother Ralph granted probate on the will of their father Edward Outlaw, decd. and on the same date Elizabeth Ivey, executrix of George Ivey, was ordered to pay Edward Outlaw 22 sh “Which was due to him in Ivy’s lifetime”

around 1717 Edward Outlaw and his brother Ralph moved to Chowan County NC. 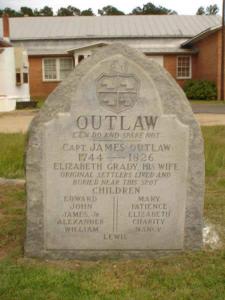 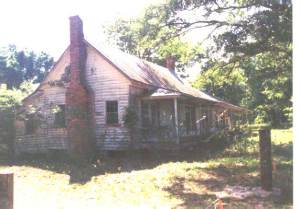 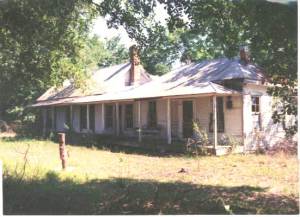 Two photographs of the Homestead of Captain James Outlaw, Duplin County, North Carolina.
The original house had an addition with porches added.
It is vacant but the local preservationists are hoping
that someone will get interested in it.
This James Outlaw appears to be the son of an Edward Outlaw from Bertie County that migrated from Bertie County to Johnston County and then to New Hanover County