This man was a g-uncle to my Aunt Lily Smith Parker.

William Benbury Waff (13 Nov 1853 Edenton NC – 11 Jan 1933 Winton NC) attended school in Edenton, then Reynoldson Male Institute. He taught a year in Virginia. Then he graduated 1880 Wake ForestCollege where he was the recipient of the Latin Medal. He spent two years teaching in Davidson County and one year at Washington, NC where he met his wife.
married 21 Dec 1882 Willie LeGrand Traynham 14 Dec 1862 – 18 Nov 1954

He had moved to Reynoldson in 1883 and taught with his brother T E Waff, at Reynoldson institute.
Pastor of Reynoldson Baptist Church 1884 – 1907 [also pastor of Gatesville, Ariel, Cool Spring, Beulah, Middle Swamp, Ballad’s Bridge, and Great Fork Churches]
When T E Waff decided to move to Brunswick, Georgia he sold the school to his brother William. 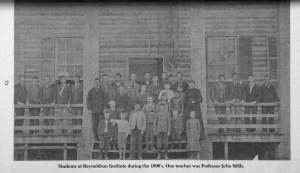 Student body of Reynoldson during the 1890’s

1907- he moved to Murfreesboro NC for eight years pastor at Meherrin, Conway, Severn and Margarettsville Churches.
Then moved to the Jonesboro field and then to Pittsboro. In 1922 moved to Mocksville for ten years.
He returned in Dec 1931 to eastern North Carolina to live in Winton NC. 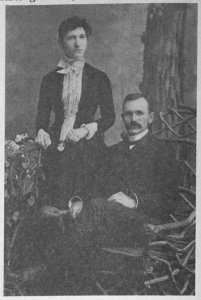 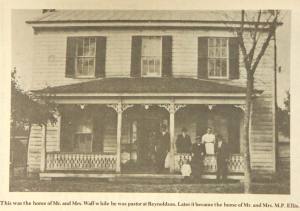 their home in Gates Co 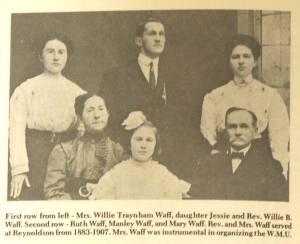