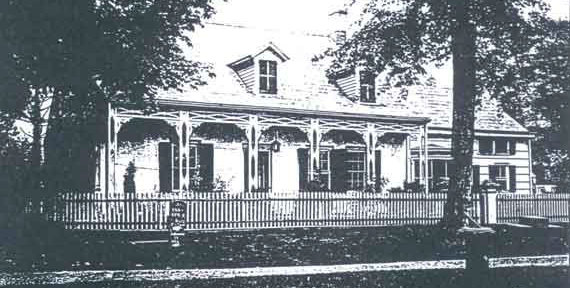 This is my working hypothesis – the way I see it as of this moment!!
incorporating facts from 1999 article by Dorothy A Koenig
and 2000 article by Gerald James Parsons

Teunis Jansen Lanen Van Pelt and his twin sister Elizabeth, children of Jan [Joannes] and Catharina Bakelmans, were Bapt. 5 May 1622 in St. Martin’s Roman Catholic Church in Overpelt, Province of Limburg, Belgium, which at that time was in the Principality of Liege. [His latin name was Anthonius]. His family name was actually Laenen, but he was recorded as ‘van Pelt’ meaning ‘from Pelt’ when he sailed from Amsterdam, The Netherlands to New York in 1663 in “the Rosetree [Roseboom]” Teunis was a fairly recent immigrant to Tuil, The Netherlands from his home of Pelt, Belgium that he had left in 1639″ to go north to seek his fortune about the time of his mother’s second marriage.
Peter Nouwt commented “During the period 1636-1647 the Company of Captain Peter De Swart was staying in the area of Tielerwaard, not far from the village of Tuil. At some time Mathijs Jansz. Lanen (prior to 1640) and Adriaen Lambertsz. Smeets (prior to 1647) must have joined this Company, but we do not know exactly when or where. Teunis Jansz. Lanen is mentioned as a peddler (1649-1652), but it is possible that he too was a soldier originally.”
Three children in 1648, 1651, 1652 are recorded in the Register of Baptisms of the Dutch Reformed Church of Tuil as being children of “Teunis, peddler by the dyke .”
Dorothy A Koenig wrote: “Finally, we can make an educated guess why the Smith and Lanen van Pelt families emigrated to New Netherland. On pages 80 and 83 of ‘A Van Tuyl Chronicle: 650 Years of a Dutch-American Family,’ by R L Van Tuyl and J N A Groenendijk [Los Altos, CA: Rory Van Tuyl, 1996] we learn that the River Waal had not flooded for years. Then came severe floods in 1651, 1658, and in December 1662. On page 30 of H. van Heiningen’s ‘Dijken en dijkdoorbraken in het Nederlandse rivierengebied [Den Haag: 1978] is the description of the lay of the land in the Tuil area that December, ‘The turmoil and the floods progressed until the land was completely covered, many feet deep, with the water as high as the dike on both sides. The loveliness of the fields was smothered beneath the waters.'”
Listed as passengers on the Rosetree that left The Netherland on 15 March 1663.
“Theunis Jansen, from the country of Liege, wife and six children, 18, 16, 14, 9, 7, and 2 years old.
Thys [Mattys] Jansen, from the country of Liege, and four children 17, 15, 13, and 11 years old”
Teunis died in “The Van Pelt Manor House” in New Utrecht, Long Island about 1700. 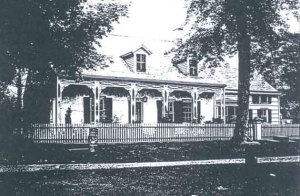 Van Pelt Manor House built 1664
in the New Utrecht section of Brooklyn on 18th Avenue and 82nd or 83rd Streets.
The land on which it was built is now a playground. There is an old church on the next block which has a Liberty Pole erected in front of it. It lists quite a few Van Pelts on it. The last I saw it was quite a few years ago, but I know it’s still there. It’s a landmark. e-mail from Karen April 2003 Members of the Van Pelt Family lived here for eight generations. 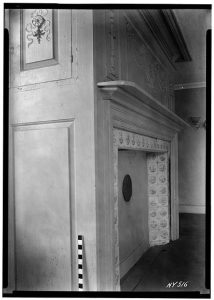 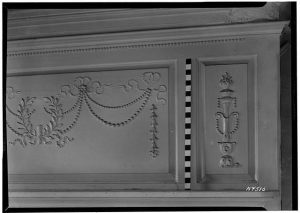 Third Marriage [just when they married is not known so she may be mother of some listed above]
Grietje Jans was the third wife of Teunis Jansen Lanen VanPelt
*7. Elisabethan VanPelt ca 1661 Feydersweeof –
(she was one of the sponsors for bap/chr of Pieter Gulick on 22 Sep 1689
Flatbush, Kings Co, NY s/o Joachim Gulick & Jacomymtje VanPelt; the other
sponsor was her half-brother Jan)
8. Aeert [Adrien] Teunise Lanen Van Pelt ca 1663/1664 New Utrecht, Kings Co, NY – aft July 1735
he is listed in NY records as being native born
married Flatbush Reformed Dutch Ch 3 Oct 1686 Neeltje Janse Van Tuyl
daughter of Jan Otten VanTuil & Geertryd Janse VanLent

* is who I think was on the Rosetree.

e-mail from Edward Fitsgerald 31 Mar 04- “My records show Aert’s full name as Aeert Teunise Lanen Van Pelt. He wouldn’t have Adriaen as a middle name, as at the time the Dutch used the father’s name, or patronymic, as the middle name.

On 25 July 1952 the Brooklyn Eagle reported: “The Van Pelt Manor House,
an historic land mark,is fast being ruined by vandals —

NY Times article of Monday Nov.17, 1952
OLD DUTCH MANSION LOST TO BROOKLYN
———
Park Department’s Razing of 1686 Van Pelt Relic Mourned by Borough Antiquarians
——–
BY PETER KIHSS
Van Pelt Manor House, built by a Dutch farmer in 1686 at what is now Eighteenth Avenue and Eighty-second Street, Brooklyn, lay in ruins yesterday, its stone walls shattered and its oak floors smashed by the Park Department…
Henry Frank, acting assistant borough director of the Park Department for Brooklyn, said he had received orders to rip down the long-closed two-story structure “strictly as a safety measure.” The Department took over the half-acre property as Milestone Park in 1932… A milestone–pointing to “N.York Ferry” and “Denys Ferry” –awaits disposal.
… the house was built by Aert Teunis Van Pelt, a farmer who came to New Amsterdam in 1663, and bought the Brooklyn land in 1677…

[Note: like a lot of accounts of the early days of the family, this article is not completely accurate. It’s possible that the house was first built by Teunis, or by a landowner named Van Cleef, who owned the land on which this house sat.(according to R.F. Bailey’s book) Aert leased Van Cleef’s land, eventually buying it in about 1690. Teunis however first bought land in New Utrecht in 1670,(according to Teunis Bergen’s book) and made additional purchases in 1675, 1678 and was granted land by Governor Dongan in 1686. Dan Russell]

For further information on this family, please see: “European Origins of Adriaen Lamberts Smith and the Brothers Lanen Van Pelt”, pages 1-12 in “New Netherland Connections”, volume 4, number 1, Jan/Feb/Mar 1999), an article by Dorothy A Koenig (who also edits the newsletter).

e-mail from Edward Fitsgerald 1 Apr 04 -“Wouter purchased a 300 acre plantation in Monmouth Co., NJ on September 18, 1717, along with his brother in law, Christopher Schaers. Parts of this tract remained in the hands of his descendants well into the 20th century. The same year he purchased land at Harlingen, Somerset Co., NJ. If he lived on either of these farms, it was for a short time, as he was considered a Kings Co., personality.

“In the name of God, Amen, May 21, 1728. I, Wouter Van Pelt, of Brookland, at a place called Gowanus, yeoman, being in good health. I leave all my estate, real and personal, to all my children, Teunis, Alexander, Peter, Johanes, Mary, Elizabeth and Jackomyntie, and to my grand-daughter, Margaret Bennett. I leave to my eldest son Teunis ≈ì10 for his birth-right, and I make him and my son Alexander executors, and guardians of my grand-daughter Margarett Bennett. Witnesses, Seyner De Hart, Joseph Hegeman, S. Gerritsen. Proved, September 29, 1744.”

(Wouter’s marriage record to Maria Janse Schaers on 22 Mar 1686 Flatbush,
Kings Co, NY states that he was born in Feydersweeof. I haven’t yet been able
to pinpoint exactly where Feydersweeof was/is). e-mail from Alan Lerwick

and the child that was born after the arrival in NY was:
Aert Adrien b.abt 1663/1664 New Utrecht, Kings Co, NY
(md Neeltje Janse VanTuil d/o Jan Otten VanTuil & Geertryd Janse VanLent)
(he is listed in NY records as being native born)