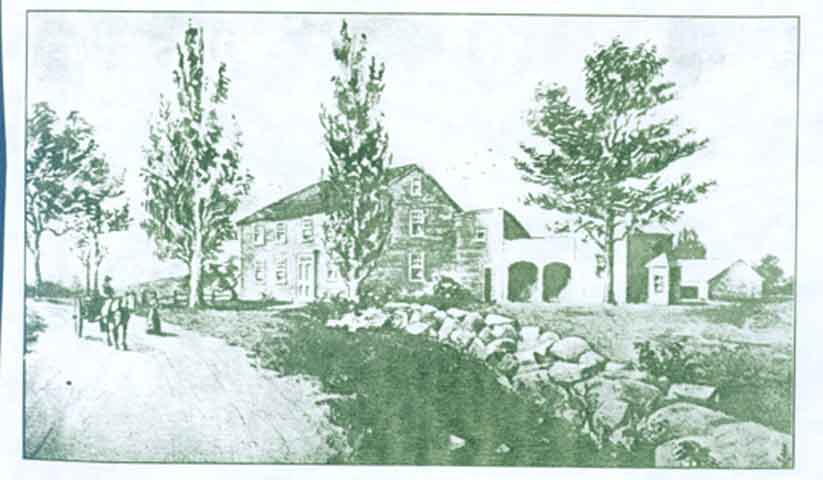 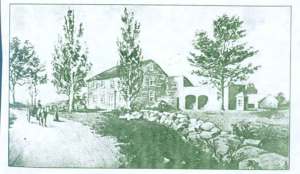 built ca 1730 by Deacon John Wheeler 1655 -1736 about the time of his 2nd marriage.
It was sold to Jonas Minot, the step-grandfather of Henry David Thoreau, who was born in this house.
appeared in “The Wheeler Families of Old Concord, Mass” compiled by George Tolman.

e-mail 29 Mar 06 – We now think the Thoreau Birth House was probably built by John Wheeler rather than by his father Sgt. Thomas. We put a date on it of about 1730 which would have been about the time he married his second wife, Sarah Farwell Jones, widow of John Jones. Since his first wife died 29 Dec. 1727 and John died 1 Dec. 1736, we guess he probably married Sarah Farwell about 1730. She and his children inherited the farm and later sold it to the Minots. Jonas Minot was Thoreau’s step grandfather. See my article under Thoreaufarm.org. See also the documentation related to the listing on the National Register of Historic Places.. Sincerely, Joseph C. Wheeler, Thoreau Farm Trust

“I am a 13th gr-gr granddaughter of Sarah Beers Stearns Wheeler, who married Sgt Thomas Wheeler after her first marriage to Isaac Stearns. Just thought I’d let you know that there’s an article at thoreaufarm.org about the Wheeler-Minot house. Apparently it is NOT the same house built for John Wheeler and Sarah Stearns. They think the original one was torn down and the one you have pictured as “the Wheeler house on Virginia Road” replaced it and was removed to another site. But it’s a wonderful connection to Thoreau–and did you know his best friend at Harvard was Charles Stearns Wheeler? Must be a relation somewhere! Thanks for your great site!“ – Barbara

Thomas Wheeler bapt 8 Dec 1621 Cranfield, son of Thomas Wheeler and Ann Halsey.
He may have come with his parents in the Rev. John Jones’ Company in the ship Definance that landed in New England 3 Oct 1635. His father Thomas was listed as a freeman in Concord 13 May 1640
– This Thomas was listed as freeman 18 May 1642
– He was appointed Sergeant in 1642 and on the Concord Records from that time until his death, his name generally appears with that prefix, though sometimes called Thomas Wheeler, Sr
– When his parents and uncle Thomas removed to Fairfield with the Rev John Jones, this Thomas apparently remained in Concord where he had married by 1648 Sarah Merriam and six of their children were recorded in Concord starting in 1649 through 1662.
His father Thomas died in 1654 leaving his son Thomas all of his property in Concord.
His mother Ann died in 1659.
His 1st wife Sarah Merriam died 1 Feb 1676.
Thomas married 2nd 23 July 1677 Sarah Beers Stearns 5 Dec 1639
widow of Isaac and dau of Richard Beers [her daughter Sarah married his son John]

Source: ‘History of the Wheeler Family in America’, 1914, Albert Gallatin Wheeler, Jr., p 200/1
“The Families of Old Fairfield” by Donald Lines Jacobus Vol I p 662/5
“The Wheeler Family of Cranfield, England and Concord, Massachusetts and some Descendants of Sgt. Thomas Wheeler of Concord” by M Wheeler Molyneaux
Captain Thomas Wheeler and some of His Descendants by Homer W Brainard TAG XII p4-17, 135-9