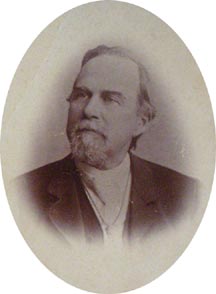 By 1799, Samuel Westray of Nash County had married Sarah Bradford Turner, the widow of David Short, who died in 1797 in Northampton County NC.

e-mail from Bill Daniel 16 March 2005
Dear Sally:
I have enjoyed your website in the past and was looking it over recently when I noticed some information on the Short family in the Westray article which looked familiar.
The family Bible, which belonged to my gg grandparents,
was left to me by my grandmother.
My gg grandparents were John T. Ligon (1816-1849) and Martha Jane Barham (1825-1896) who came from
Wake & Johnston Counties, NC to Pickens County, AL.
There are several entries regarding the Short family in this Bible, as follows:

My grandmother always said that her grandfather or grandmother bought the Bible from the Short family. I presume the parents had died?
All I know of this family is that Jordan Short settled and died in Livingston, Sumter County, AL which neighbors Pickens County where my family settled.
Jordan apparently married and had a family there but have not traced them.

Hope this helps complete your record.

Samuel Westray died intestate in Nash County in 1827. According to estate
records, he left the following heirs:

John Joseph Short (son of David Short and Sarah Bradford Turner), died
without issue in Nash County, October 7, 1825, after being declared a lunatic
in 1818, at which time his stepfather Samuel Westray was appointed his
guardian. When Short died, Mourning Short, his supposed widow, claimed the
estate, but Short’s heirs disputed that the marriage ever took place.
According to court records, John Joseph Short married Mourning Ricks in
February 24. The heirs of John Joseph Short in 1825 were:

The record is more confusing when Sarah Bradford Turner Short Westray dies in
Nash in 1839. This indivates shares of her estate were paid to:

I think Turner Westray was omitted from this list for some reason. It also
looks as if Mary Short (dau. of William D. Short) may have married a Jordan
and died leaving an only child – William S. Jordan. Likewise, Solomon D.
Sessums appears to be the only issue of Mary Ann Short Sessums.

Claiborne Smith told me there is a plaque in the church of the Good Shepherd
in Rocky Mount to William S. Jordan — he apparently was very wealthy and
left money to the church. He has always been a mystery to me!

I just found an abstract of the will of Sarah B. Westray of Nash, dated 8
Sept. 1838 and proved at May Court 1839. It straightens out a few things in
the division — first of all, son Turner P. Westray was executor, but was not
left a share — this explains why he is not listed with the others.