I am still looking for Winny’s parents.
All of Sam and Winny’s children named a daughter Mary. WinefredWinny) Perry is not the daughter of Benjamin Perry & his wife Mary who were in Bertie County, North Carolina, He died ca 1794 in Kershaw County, SC and left two wills in Kershaw Co, one dated 1779 named a wife Mary, the other dated 1789 his wife is Sarah. Their daughter Winefred was still a young girl in 1779.
Family tradition is that Winny’s father was a Benjamin Perry. Over in Perquimans County, I find that the Jacob Perry, who died in 1790, had a son named Miles Perry. This Jacob names a Benjamin Perry as his executor. I also see a Noah Perry left a will in Martin County in 1824.

Will of Samuel Rayner 16 August 1817; Nov Term 1817
In the name of God Amen. I Samuel Rayner of Bertie County and State of North Carolina being at this time old and weak in body but of a sound mind and memory and knowing the certainty of death I do make and ordain this to be my last Will Testament in manner and form as follows to wit
first I give myself to God.
Secondly I give my body to the Earth to be Buried by my Executor in a decent manner that hoping that when Christ, who is and before & shall appear that we may also appear with him in glory and as touching my Worldly Estate that God has been pleased to bless me.
I give to my son Enoch Rayner the Negroes and other property that He has.
I give to my son Miles Rayner the land and Negroes that he has;
I give to my son Elijah Rayner the land and Negroes and other property that he has.
I give to my son Noah Rayner the land and one Negro man of yrs and other property that he has.
I give to Joel Rayner the land that I bought of Lewis Miller, the land I bought of Thomas Holley and the plantation whereon I now live.
But I dower and provide for my daughter Selah Larry that she shall have to her as a Benefit one-half of my plantation orchards houses and profits during her natural life in widowhood.
I give to my son Joel Rayner one Negro man named Tony
(The residue) To be divided equally among my children Enoch Rayner, Miles Rayner, Elijah Rayner, Noah Rayner, Joel Rayner, Selah Larry and Phebe Duers by my Executors Elijah Rayner & Noah Rayner. Samuel Rayner
Wit: Ezekial Green & Joshua Rayner

NCGSJ Aug 90 p141
Sec 4 Where the court allocated dower to a widow, without giving notice to the heir, it was, of course, irregular, and the heir might take advantage of the irregularity; but seven years’ possession under this allotment ripens into a title for the widow, which is good against a stranger—
Rayner vs. Capeheart, 2 Hawks 375 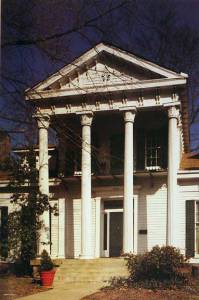 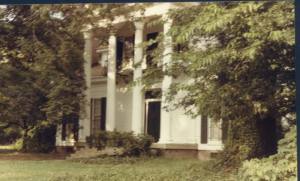 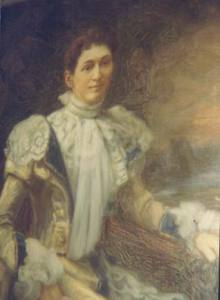 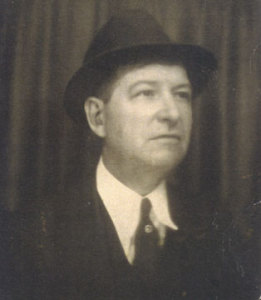 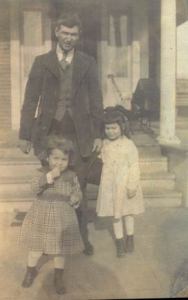 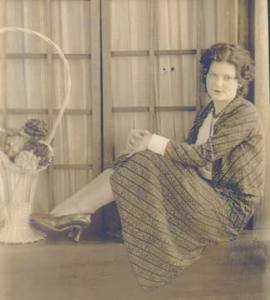 Miles Rayner and Celia Perry had:

Celia Rayner and Thomas Leary had:
1. Edwin Leary ca 1804 – bef 1832-
2. William Leary ca 1807 –
married bef 1850 Mary E. Rayner (Maer) ca 1812 –
3. West Leary 9 June 1811 Bertie Co – 24 July 1881 Chowan Co, NC
10 of 13 children living in 1881- obit Baptist Minister
married 14 June 1832 Eliza Thatch ca 1813 – 23 June 1860
a. Thomas Leary ca 1833 –
b. West Leary ca 1835 –
c. Celia Leary ca 1837 –
d. Martha F Leary ca 1839 –
e. William Leary ca 1841 –
f. Quinton Leary ca 1842 –
g. Stephen Leary ca 1844 –
h. Mary Leary ca 1849 –
married 8 Jan 1862 Mrs A V Townsend d 29 April 1872
The following came from the Chowan Baptist Association.
ELDER WEST LEARY – Elder West Leary was born June 9, 1811.
In the 29th year of age he made a profession of religion,
uniting with the church of Capeharts, Bertie County. N.C..
On the 14th of June 1832, he married Mary E. Thatch,
and in the year 1847 moved to the county of Chowan.
His church regularly ordained him into the gospel ministry 1848.
In the year 1850 he organized and established the church in Macedonia,
in the pastorate of which he continues thenceforward to his death,
a period of over 30 years.
June 23 1860, he lost his wife;
January 8th 1862 married Mrs. A. V. Townsend, who died April 29th 1872.
He served in the pastorate many churches in the bounds of the Chowan Association- Mars Hill, Salem, Ballard’s Bridge, Ebenezer, Whiteville Grove, Ross Church, Providence, Macedonia and others.
He died at his home in Chowan county after a brief illness on the 24th of July, 1881, in the 71st year of his age.
Ten of the thirteen children born unto him now survive him.
His educational advantages were few indeed, but a native vigor of intellect,
fired by zeal for the cause of his master, and tempered by devoted piety,
made him a powerful instrument in God’s hands in the accomplishment of a great work. The churches he served as pastor, the communities where he labored in conjunction with others at the recurring protracted revival seasons, will acknowledge the efficiency of his ministry and grateful cherish his memory. ‚W. H. M
Note the following info recorded in Capeharts Baptist Church in Merry Hill.
West Leary joined Capeharts June 11, 1842, and his wife Eliza also.
Capehart’s Church ordained him in October 1846.
August 1850, Brother West Leary petitioned church for himself, wife and son Thomas (I or J) Leary and sister Mary (C ) Thatch for a letter of dismission to join some other sister church. Our church role has that West Leary, Eliza Leary and Mary C. Thatch were dismissed by letter August of 1850.
e-mail from Neil Baker
Note: Mary Thatch was 21 on the 1850 census. I expect she was Eliza’s niece. smk
4. Joseph L. Leary ca 1814 –
married 1834 Harriet Bell Van Pelt 3 May 1809 –
daughter of Daniel II and Jemima Van Pelt
a. Joseph H Leary ca 1834 –
b. James B Leary ca 1839 –
c. John W Leary ca 1841 –
d. Harriet A. E. Leary ca 1842 –
1828 Celia Capehart guardian of West Leary and Joseph Leary orphans of Thomas Leary
1832 James N Reed guardian of Joseph Leary orphan of Thomas Leary