Sally’s Sources and Resources: [some of them]

Some People to whom I am indebted for their encouragement and assistance in compiling this collection:
Husband Dr. Robert Koestler now of College Station, TX – for among other things his computer know-how.
Bob, ham K3PSW, constructed his first computer from a Heath Kit back around ’66. and stays up with the state of the art.
He has added sound to his sites.
Nephew James E Moore, – whose profound interest in family history beginning in his youth included interviews and correspondence
with many of our cousins now deceased. He is a virtual depository of family anecdotes and documents.
Sister, Julia Moore Lawrence of Falkland, NC
Brother, Arthur Cotton Moore III of Maple Lawn, Ahoskie, NC -now deceased
Cousin Margaret Stevens Colvin of Leonardtown, MD – MOORE, COTTEN – deceased
Cousins J B and Blanche Parker of Gates, NC – PARKER Cousin – both deceased
John Daniel -deceased – of Rocky Mount, NC –JONES
Cousins Fran Bennett – deceased – and Janice Gage of Austin, TX – RAYNER Cousins
William and Marie Hand of Nacogdoches, TX – RAYNER Marie deceased
Cousin John Tyler of Roxebel, NC – COTTEN [now deceased]
Cousin Thomas Gale Moore of Stanford, CA – MOORE Tom’s Home page. 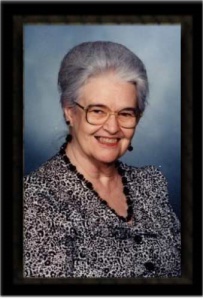 some Un-helpful publications:
“The Journal of John Cotton” noted to be in the possession of J. W. L. Matlock, 1968–the contents are totally unreliable. and the genealogy “facts” included in it are hopelessly scrambled and deliberately distorted. It is not in any way a good source for facts. Often its contents are pure fabrication. In the Tennessee Historical Quarterly Vol 28 #1 page 84 appears an article by Stanley J Folmsbee is a detailed analysis of the Cotten Journal.

Therefore Any and all publications that used the above “Cotten Journal” as its primary source is/are equally contaminated. (I hope I have removed all such “facts” obtained from these sources from these pages, let me know if I have not. Sally)

Note — I put this list together in 1998 when I published “Elizabeth Jones” for the family.
There has been many more places and people since that time and very little updating, [hopefully noted on the individual pages.] Sally
02 September 2014