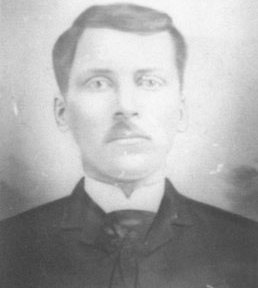 Nicholas Sessoms is married ca 1723 to the widow Elizabeth Hooker Sizemore.
She was the daughter of William Hooker Sr of Chowan Co, NC. Elizabeth first married Samuel Sizemore, and they had one son — Samuel Sizemore Jr.

Nicholas is in the records of Chowan Co, NC when he buys 400 acres of land from his step-father James Boon in 1718. This plot adjoins James Boon and Long Branch. On the same date, he buys another 575 acres from Boon “at the north end of Bear Swamp joining George Winn and ye branch. Chowan Deed Bk W p 387, 388.

In 1718, Nicholas sold 100 acres of this land to John Mitchell,
In 1719, he sold 80 acres to John Williams, son of William Williams who married Ann Sessoms and also sells James Boon 100 acres.

Nicholas Sessums is listed in the Court minutes from 1724 – 1739 four times: acknowledging deeds, laying off roads, and as overseer of juries.

Edgecombe Co. Ct min. Tues 25 Sept 1759 – “It is recommended to the next Gen. Assembly that Nick Sessums, son of Thomas Sessums not pay taxes due to his infirmities.”
Nicholas Sessums left a will in 1764 Edgecombe Co.

Will of Nicholas Sessums 28 May 1764 — Oct Ct 1764 Edgecombe Co NC
— to wife Elizabeth Sessums, use of my whole estate her lifetime
— to son Thomas Sessums, furniture, my wearing clothes, 1/2 my still, 1/2 my orchard, horse, and mare for use on plantation
— to daughters Elizabeth Duffield, Rachel Parker, Lurana Dunn, Ann Dunn, Sarah Marley 5sh each.
— to son William Sessoms 100 acre of land joining Sizemore’s line in Contenea in Edgecombe Co
— to son Nicholas Sessums whole of my estate after my wife’s decease to take care of his younger brother Thomas Sessums during his life; 1/2 my still and orchard shall help maintain my wife.
EX: Nicholas Sessums
WIT: John Skinner, Benjamin Faircloth

20 Jan 1755 Nicholas Sessoms and his wife Ann to Isaac Anderson of Edgecombe County “100 acres on the south side of the Cahudey Swamp, all houses, buildings, etc and is lower part of tract for 200 acres conveyed to John Benbow by Benjamin Foreman Jr 24 Aug 1730 and by the sd Benbow conveyed to his daughter Ann Benbow, now wife of said Nicholas.” book 2 p 185

Nicholas Sessoms Jr witnessed the deeds of his parents when they sold land to Samuel Sizemore in 1755.

Nicholas Sessoms appears 17 times in the minute books of the courts 1763 – 1774, but he left no will in Edgecombe County.
No document names his children that we have found.
But descendants of this Solomon Sessoms say he was the son of Nicholas Jr. of Edgecombe.

This is my working hypothesis – the way I see it as of this moment!!
Info on Blake’s descendants supplied by Shirley Roman

Will of Blake Sessums 17 Oct 1833 – Nov Ct 1841
— to my beloved wife, Rachel Sessums . . three hundred acres including the plantation and the mill during her lifetime and widowhood.
— to my daughter Polly Hannah Sessums
— to my son Irvin Sessums all of the land on the South side of the run of the Beaverdam Swamp excepting 50 A joining Joseph Parker’s line.
— son John Nelson Sessums 100 A.
— daughter Elizabeth Ann Sessums
— son Solomon Sessums 100 A.
— daughter Elisabeth Sessums
— son Giles Sessums the Mill part and the mill excepting the use of all of the family to grain Toll-free by keeping it up.
— son Miles Sessums upper part of the plantation . .
EX: friends Nicholas Sessums and Grey Sessums and John Sessums
WIT: Enoch Hall, Sophia Sessums 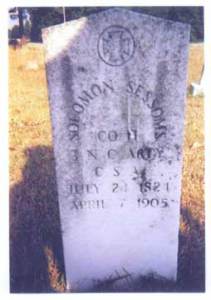 Crusenberry Sessoms was born 17 April 1856 and died 1 April 1932.
His wife Martha Ann Peterson was born 24 September 1865 and died 14 January 1941.
Buried in the Sessoms Graveyard in Roseboro, NC off of Butler Island Road. 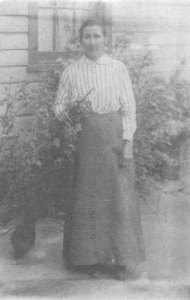 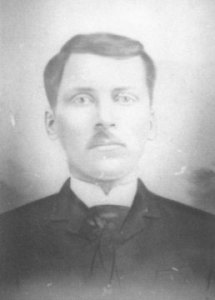 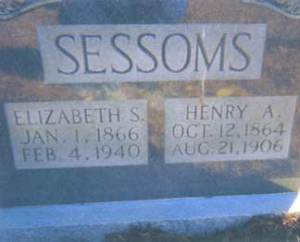 Sources for This sketch are abstracted records of Edgecombe, Bertie, Hertford, and Chowan Counties plus some films of the original estate records of Bertie and Hertford, And also, the work of James E Morgan Jr. plus additional notes of William LaMartin and Shirley Roman and Carroll Clark