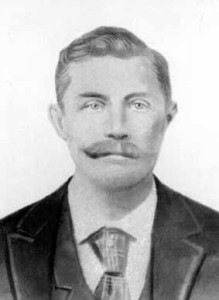 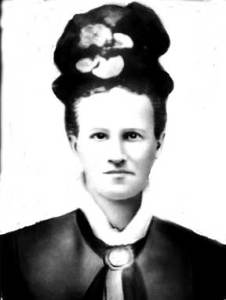 John Abner Rountree and the widow Emily Jane Sanderlin Dudley Walker were married 15 September 1867.  He was her third husband.

John Abner Rountree, son of Solomon Rountree and his wife Amelia Hudgins, was born 3 July 1833.
He departed this life 11 December 1899–age 66.
He was a farmer.

Emily Jane Sanderlin, daughter of Dorsey Asa Sanderlin and his wife, Lydia Walkup,
was born 11 Dec 1834 in Camden County, NC.
Emily Jane was reputed to be the belle of the tri-county ball the year she was sixteen.
Her family aspired a higher education for her,
but she eloped that year with Stephen Dudley of Elizabeth City.
Their son William was born in 1852, and Stephen Dudley died shortly after that.
Emily married next Thomas Walker, a widower with eight children some older than herself.
Thomas was born 13 Dec 1807 in Currituck Co,
the son of John Walker and wife Sarah Northern [born 8 Jan 1775].
Thomas had two siblings: John Walker Jr and Fannie Ann Walker, who was born 13 Feb 1809.
Thomas Walker died 3 July 1865 leaving Emily Jane, a widow for the second time with three sons of her own plus four young step-sons to raise.
On 15 September 1867 she married for the third time John Abner Rountree of Gates County.

In May 1898, Emily Jane’s son Beaurie Walker, the sailor,
came to her home sick with small pox.
While nursing Beaurie Walker, Emily Jane caught the disease and died 16 June 1898 at the age of 64.
In carrying out her deathbed request, Emily Jane’s body was interred beside her mother Lydia in a cemetery in Camden County.
John Abner Rountree died eighteen months later 11 Dec 1899
and was buried in the Rountree Cemetery in Gates County. 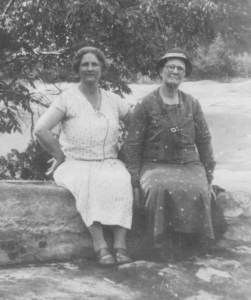 3. Jefferson O’Jennings Beauregard [Beaurie] Walker 4 Dec 1862 – aft 1924
Home for old sailors in New York City where my Mama visited him summer of 1924
he was a lifelong sailor or merchant marine – never married 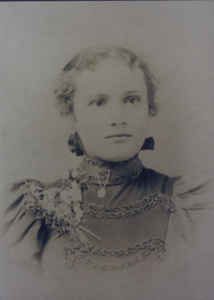 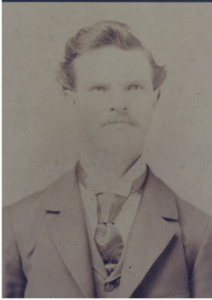 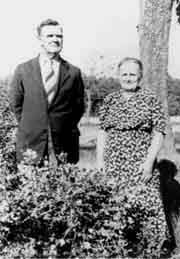 The house in 1989 – in picture William Franklin Rountrey. 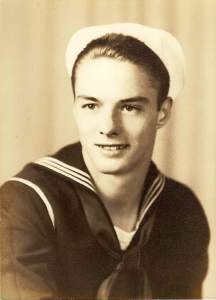 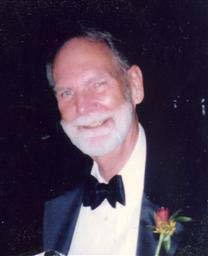 g. Margaret Emily Rountree 13 Oct 1912 – 11 Dec 2003
Wednesday, 17 Dec 2003, The Roanoke-Chowan News Herald: CORAPEAKE – Margaret Rountree Ward, 91, a
native of Gates County, died December 11, 2003, in Nansemond Pointe Rehabilitation and Healthcare Center, Suffolk. She was the widow of Walter Aleck Ward Sr.
A funeral was conducted Sunday in Eureka Baptist Church by the Rev. Cameron Currin. Burial was in the church cemetery. Miller Funeral Home, Gatesville, was in charge. Memorial contributions may be made to the American Heart Association, the Nansemond-Suffolk Rescue Squad or to the building fund of Eureka Baptist Church. For more than 60 years, she was an active member of Eureka Baptist Church where she had been a choir member and had taught Sunday school. She had served in leadership capacities in the Corapeake Extension Homemakers Club, the Gates County Council of Extension Homemakers Clubs and the NC Homemakers Association. A member of the Holly Rebekah Lodge of the Rebekah Assembly, International Order of Oddfellows of NC, she had served as district president and as president of the Rebekah Assembly of NC. Mrs. Ward was instrumental in organizing the Gates County Unit of the American Cancer Society and served as state director and president of the local chapter for a number of years. She had been a member of the Democratic Party since 1933 and for a number of years served as precinct vice-chairman and later as precinct chairman. Survivors include her children, son, Walter A. Ward Jr. of Chesapeake, Va.; a daughter, Frances Ward Brooks of Raleigh; son, Thomas A Ward of Raleigh, NC; 10 grandchildren; and 10 great-grandchildren.
married 17 Dec 1931 Walter Alec Ward 27 Sept 1912 – 25 Nov 1990
i. Walter Alec Ward Jr 12 Nov 1932 –
married Joyce Gatling – divorced
1. Anna Michelle Ward
married Bruce Wayne Bunch
a. Tyler Justin Bunch
2. Walter A Ward III
married Michelle Taylor
a. Alissa Taylor Ward
b. Aleck Jordan Ward
Walter A Ward Jr
married 2nd Etheleen Matthews 22 Jan 1925 – 8 Jan 2017

7. John James Rountree 11 May 1875 – 1936
“killed falling off his roof while fixing shingles on a hot summer day”
married Frances Hinton 1879 – 1948
Frances (Fanny) Hinton Rountree’s brother, Oscar Hinton was quite the dandy of the day – wore white linen suits and a fedora, and wrote poetry. 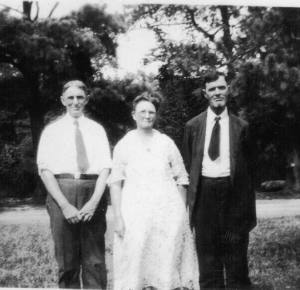 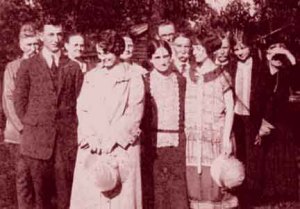 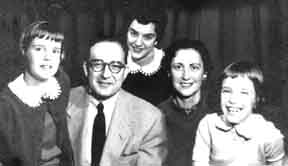 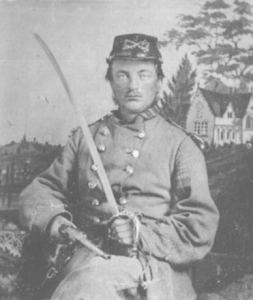 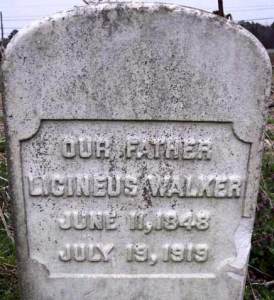 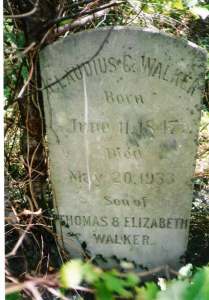 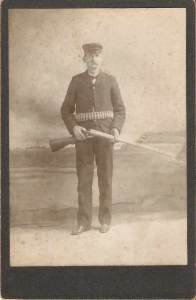 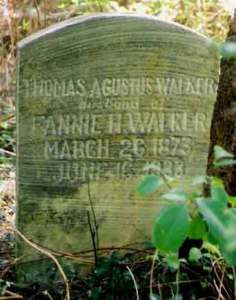 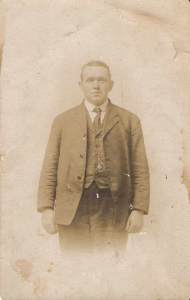 Grandmother Tennie always spoke of having 10 brothers before she was born. and her mother said she just did not know how to take care of a girl after all those boys.

North Carolina, Gates County, I, John A Rountree of the aforesaid County and State, being of sound mind but considering the uncertainty of my Earthly existence do make and declare this my last will and testament.
First My executor hereinafter named shall give my body a decent burial, suitable to the wishes of my friends and relations and pay all funeral expenses together with my just debts out of the first moneys which may come into his hands belonging to my Estate.
Second I give to my son Dorsey Rountree all of that tract of land which I bought of Simmon J Rountree and wife where I now live and more particularly described in the deed for the same containing Sixty acres.
Third I give to my son James Rountree all of that tract of land on the north side of the road brought of Elijah Draper and wife containing Sixty acres and more particularly described in the same.
Fourth I give to my sons James, Dorsey, and my daughter Emily H Parker all of my chattle estate equally divided between them.
Fifth I hereby constitute and appoint my friend Geo J Costen my lawful executor to all intents and purposes to execute this my last will and testament according to the true intent and meaning of the same and every part and clause thereof hereby revoking and declaring utterly void all other wills and testaments by me heretofore made. In testimony whereof I the said John A Rountree do hereunto set my hand and seal this day of 1898.
John A Rountree (seal)
Signed sealed published and declared by the said John A Rountree to be his last will and testament in the presence of us who at his request and in his presence do subscribe our names as witnesses thereto Wm H Riddick, T H Rountree.
Superior Court 22 November 1900: Exhibited by Geo J Costen executor; proved by T H Rountree and W H Riddick. Real & personal property is worth about $1000. Dorsey Rountree, James Rountree & Emily H Rountree Parker all of full age of Gates Co. are the parties entitled.

Two Witches—-Grandmother told us that Living near her when she was a girl were two women known as “witches.”
These unforutnate women had both had out of wedlock children.
Shunned by the community they both lost their sanity after their children grew up and left the area.
One kept two big sticks. A smaller one with which she beat her furniture to scare away the witches—a larger one for beating around out side the house for the same purpose.
The other had a special tattered outfit which she wore on court days to beg from the strangers coming to the county seat.
This was quite profitable for her, but she never spent these coins but rather stowed them away in her little cabin.
One day her house caught fire and burned and there was all these great masses of melted coins!
Grandmother’s mother often would send Little Miss Emily Hortense with dinner to deliver to the old women. Grandmother said she was too scared to go alone & she would always wait on the road (out of sight of her mother) until someone came along & went with her.