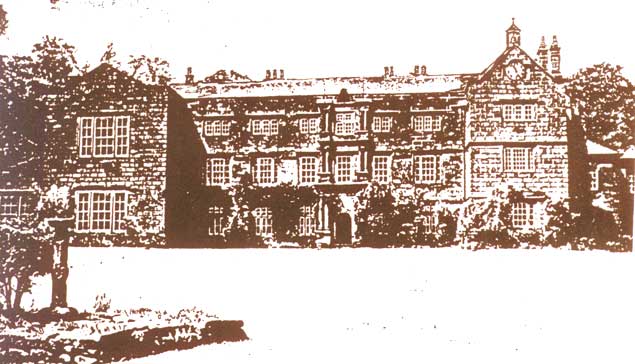 “Dr. of Phyzicke” who “Went into Virginy”

This is my working hypothesis – the way I see it as of this moment!!
based on the work of Waunita Powell of Paris Ill
no known relation to Sally

This is the Dr. Richard Parker who was the son of James [1590 – 1672] & Katterren Buller Parker [1600 – 1686] of Browsholme, County Cornwall, England.
Richard Parker was Christened 29 Nov 1630 in Warlegon, Cornwall, Eng.
His brother Rowland Parker on 1 Sept 1673 wrote in an account of the family “Richard ye 9th, Dr. of Phyzicke went to Virginy, married a Londoner and had issue six children, Liveth upon S’nt James River in ye Uplands of Virginy & hath been High Sherife of ye s’d County.”

“Married a Londoner” Nicholas Perkins and his second wife Mary had their son Nicholas Perkins Jr Christened 11 Oct 1649 at Stepney St, Dunsten in London.
Nicholas Perkins patented 3 Aug 1650 in Bermuda Hundred – claiming 4 head rights: Mary Perkins, Wm Owen, and Richard Hughes
31 July 1656 – a marriage agreement. Charles City Co VA Rec pg 62.
This present writing witnesseth that I Richard Parker, do freely give consent to and with Mary Perkins that she shall make unto herself all the estate which her late dec’d husband left her by his will . .both here and in England, and further I do enjoyne myself to bring her children up to the learning to the true intent and meaning hereof. I, the said Richard Parker, hereunto set my hand, dated this last day of July 1656. Signed Rich’d Parker. Test: Richard Delabere. Rec- 5 Sept 1656.

First Sept 1656 Westover Court, Charles City Co pf 67 – Probate of the last will and testament of Nicholas Perkins, dec this day proved in court is granted to Richard Parker, who md. the relict of the said deceased.

“Hath been Sheriff of sd County”
3 April 1660 [p232 Charles City Rec.]
Depostition: I, Richard Parker age 31, or about, exaed. & sworn saith that having brought the warrent from Capt. Edward Hill for contempt of Wm. Hunt to appear before him, the Dept’ del’vd the said warrent to said Hunt in presence of Thomas Davis and another man, and sd. Hunt instead of – – – etc.

“Uplands of Virginia”
Henrico Parish Bk. In 1755 the third precinct comprised “all between Chickamony Swamp & Upland Dist.” This is the area of Dr. Richard Parker & where Richard 2nd purchased land from John Woodson and area of Nicholas Perkins 2nd.

“. . . the most interesting part of my work is how I was lucky enough to fulfil all
Dr. Richard Parker’s bro. Rowland stated about him.
Richard Parker was a Dr. of Phyzicke
Went to Virginy
married a Londoner
Had six children (hope I have all six)
Liveth upon the St. James River
in ye uplands of Virginy,
and Hath been High Sherife of ye s’d county.

It was this that proved Dr Richard Parker was of Charles City Co. and
Henrico Co., Va. and not either of the others, Richard of Nans. Co, and
Richard of Surry Co.
Waunita Powell -Paris Illinois 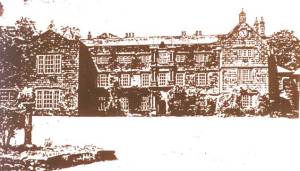 Browsholme Hall
in Yorkshire, England, near the border of Lancastershire

from the Virginia Magazine of History and Biography Vol 5, p 442

The following extract from an old common-place book now at Browsholme [pronounced Broosem] the old home of the Parker family in Yorkshire, may interest some of that name.

Septemb’r ye 1st, 1673, Will Parker, Arch Deacon of Cornwall & Justice of Peace of ye same County, was second brother of Tho: Parker of Browsholme, Esqr’r, who went from Browsh: into Cornwall about ye yeare 1580, whoe he married it is not knowne, but her Christen name was Joane, and was a mighty thrifty provident woman. and ye said Will: had two sonnes, James and Will: and his house is called Traugoe in ye parish of Wartegin, in Cornwall, about 16 miles of Launston, ye size towne of ye said county: James, his older sonne, was married to Katterren, eldest daughter of Sir Richard Buller, of Shillingham, in ye said sounty, her porcon was ¬£2500, ye said Buller beinge a man of ¬£7000 p. annum; Will ye younger brother, Parson of Stoacke in Cornwall, ye parsonage beinge worth ¬£300 p an and who was never married.

James Parker and Katterren Buller had 21 children:
1. Katteren Parker, ye eldest, died younge
2. Allice Parker
married Mr. Smith, a Lawyer of Linneowe in S’nt Niot p’ish
had two daughters
3. Will: Parker
married daughter of Maior Syks and had in porcon ¬£2500
15 children viz: Will: and Robt, the rest are daughters, and is yet a child bearing woman, ye said Will: doth live in Tregrite in St. Maybias parrish in ye said county, being 7 miles from Treugoe, his father’s home; there hath been sutes betwixt his father and him which hath empared the estate.
4. Katterren Parker – died about 7 yrs of age
5. Robt. Parker was a prentice in London and died within halfe a yeare yt he came from his prenteship.
6. James Parker – Captain of a foote Company – died about 35 years of age
7. Cordelia Parker –
married to Mr. Father, parson of Stoacks in Cornwall – had issue three children
8. Anthony Parker – died young
9. Rich’d Parker – Dr. of Phyzicke, went into Virginy, married a Londoner & had issue 6 children. Liveth upon S’t James River in ye Uplands of Virginy & hath been High Sherife of ye s’d county.
10. Mary Parker
married Mr. Lower, of Biefindte in ye parriah of Wartegin in s’d county.
11. Francis Parker was prentice in London to Mr. Threvenhir, a Lininge Draper in Cheapside: served about four years of his time & then went into Portingall. Soe came back and is at present a Corporal to Colonel Sulker in ye Duke of York’s Regiment of foote and is Clarke of ye said Company [added in a later hand] afterwards his legs shott of upon w’ch he imediately died.
12. Jane Parker – a maid and lives w’th her father at Traugoe.
13. George Parker – prentice to a wollings draper at Huntinton 12 miles of Exeter, went from there into Virginy.
14. Eliz. Parker – died about 14 yeares of age
15. Jo. Parker – Master of Arts at Oxfor’d and Minister of Milo in Cornwall; married ye widdow of Justice Trevenhir and had issue by her one sone.
16. Joan Parker –
married Mr. Nicholls, Minister of Larrick in Cornwall; had issue two dau.
17. still born
18. died unchristened
19. died unchristened
20. Rowland Parker is a Corporall in Prince Ruperd’s Regiment of Dragonnes; Sir Jo. Tabot is Leiuetenant Colonell, James Walker his Captain, now quartered at Hull, who gave this information at Browsholme, 1673, Sep. ye 1st.
21. Katterren married to one Mr. Bray, a Shopkeeper in London at ye Signe of ye Cap in hand at ye back syde of S’nt Clemans, and hath issue one daughter. Since removed to ye Maypole in ye Strand. 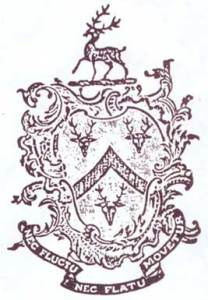