When I was growing up Holly Grove was in the field with Bethlehem, Powellsville, and Center Grove. That is these four churches shared one minister. He preached at each church twice a month. Once in the afternoon and once in the morning. On every fifth Sunday there was held the “Fifth Sunday Sing” in the afternoon among the churches of the Bertie Union, I guess. 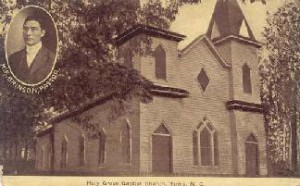 Gerri Overton Abrahamsen’s old postcard, showing
‘Holy Grove’ as being near Tunis [rather it is south of Powellsville]

HOLLY GROVE IS STILL THERE ~ IT’S IN BERTIE!
By Stanley Hoggard

The picture you published in The Poor Town News No. 93 is Holly Grove Baptist Church, but it is located in Bertie County.

It is located about seven miles south of Powellsville on the east side of US Highway 13. It was organized in 1804 as Outlaw’s Chapel, and was named for Ralph Outlaw. During the early 1820s the name was changed to Holly Grove.

During the years 1911 through 1913, it was completely renovated. The Rev. H. F. Brinson, whose photo is inserted in the picture, was the pastor during the renovation.

Holly Grove is a beautiful old building, and appears today just as it did in 1913 when the photo was taken. It reported a total of 32 resident members for the year 2002. Both Holly Springs and Holly Grove are members of the West Chowan Baptist Association.

I have distant relatives (the family of Dennis Hoggard) buried in the old cemetery at Holly Springs. Also, I have a brief history, including business minutes, of Holly Grove. According to Holly Grove’s minutes, Rev. Brinson became pastor there in May 1911. He served the church during the renovation (1911-1913), and resigned his position in January 1914.

During the early 1900s a Baptist minister usually served two to three churches, preaching at each only once a month. It is possible that Rev. Brinson was serving Holly Springs near Tunis at the same time he served Holly Grove. But the picture is of Holly Grove Church. The old church is still there for all to see, and the outside appearance hasn’t changed for 90 years.

Getting back to the postcard: My guess is that the postcard was sold throughout the West Chowan Association as a fund-raising project to help pay for the building renovations. Churches worked for each other back then. 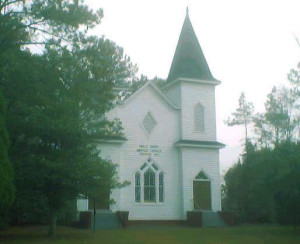 (Poor Town News contributor Bracy says: “The trees have grown, and there was a little fog this morning …… I had to get off a little bit from the angle of the old photo …… but yep, that’s the one, for sure. There are several old graves on the left as you are looking at the church.”) 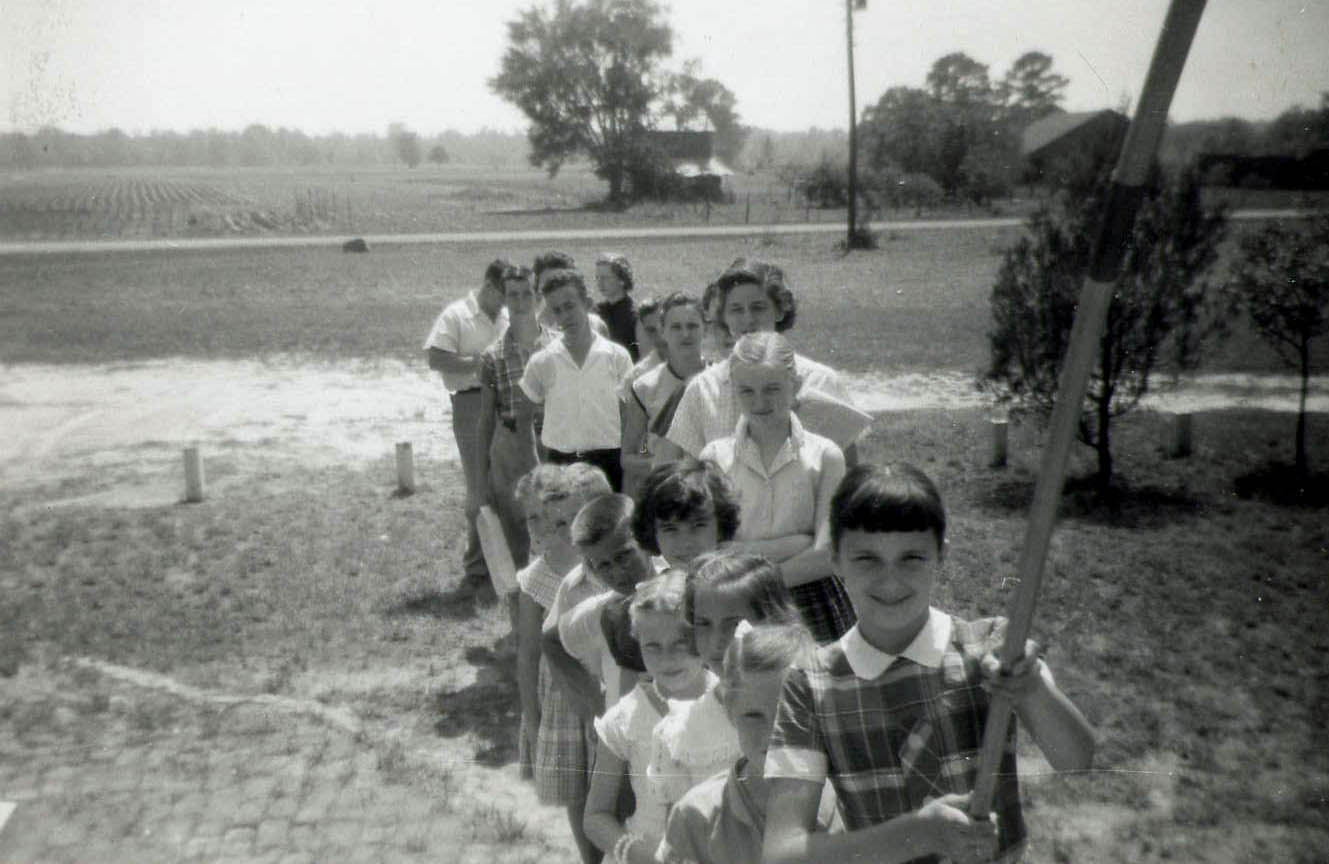 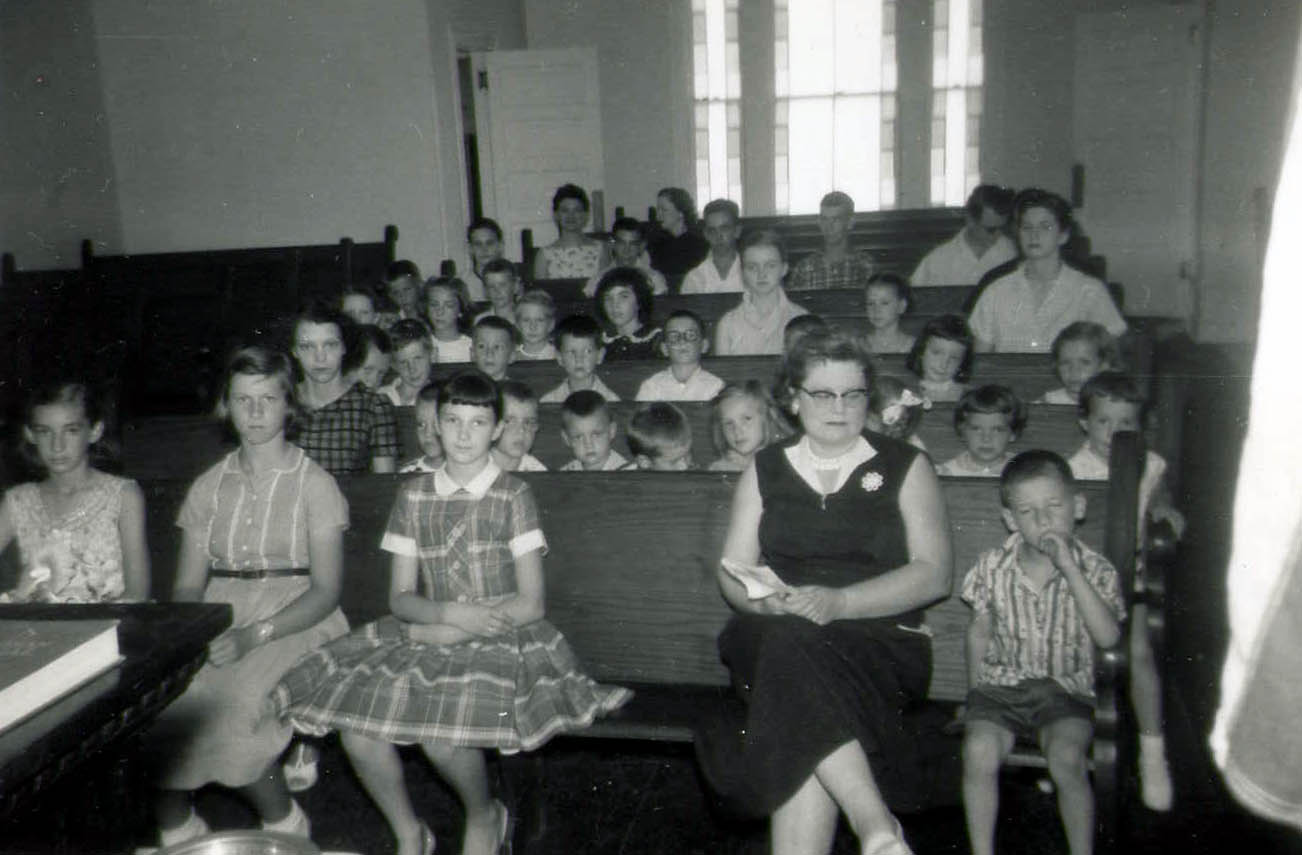 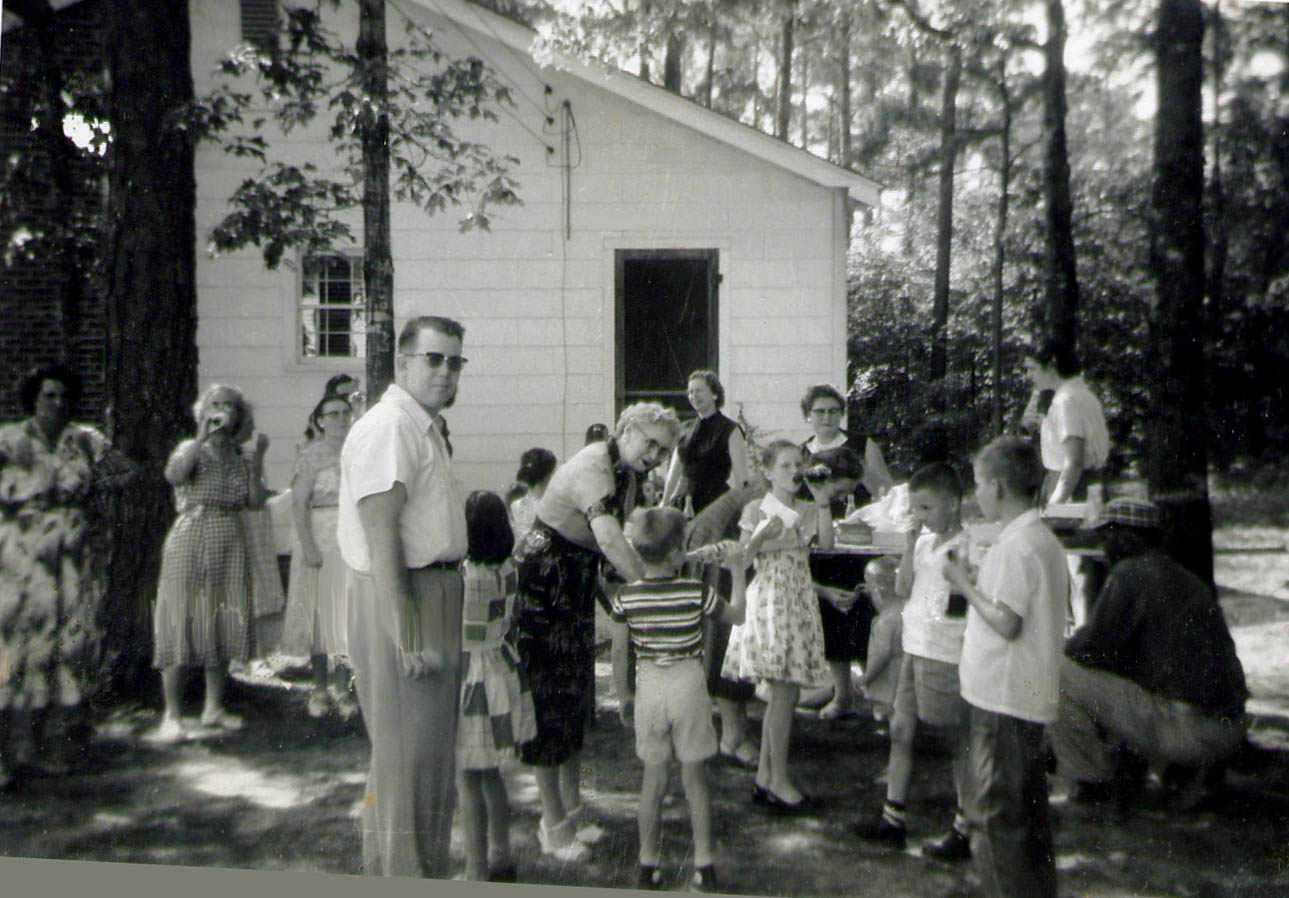