This is my working hypothesis – the way I see it as of this moment!!
research by Zane Perry and placed here at his request 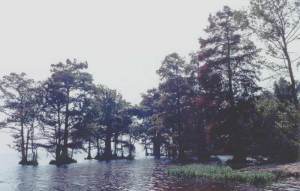 John Perry to Abraham Perry Deed Book K page 99 – 100
Bertie County, North Carolina – October 12, 1761
This Indenture made this twelfth Day of October One Thousand Seven Hundred and Sixty One between John Perry of the County of Bertie & Province of North Carolina of the one part & Abraham Perry of the County & Province aforesaid of the other part. Witnesseth that the said John Perry for and in Consideration of the Sum of Twenty Pounds Proc. Money to him in hand paid by the said Abraham Perry, the receipt whereof he doth hereby acknowledge, he the said John Perry hath granted & sold, aliened, & confirmed & by these presents do bargain & sell alien & confirm unto the sd Abraham Perry his Heirs & assigns forever, One Hundred & Sixty Acres of land be the same more or less lying & being in North Carolina & in Bertie County and on the South Side of Chowan River, boundeth as follows/ To wit / Beginning at a pine standing in the mouth of a branch on the river side Mt Gould corner tree thence along said Gould’s line a southerly course to a pine standing in Lakey’s line. Thence up said Lakey’s line to a pine standing in the said Lakey’s line, thence along a line of marked trees to a pine standing on the river, thence down the river to the first station. The said dividend being part of a tract of land Willed by Thomas Ryan to his Daughter Mary, & also the Reversion & Reversions, Remainder & Remainders, Rents & Services of the said land & premises & part & parcel thereof & also all the estate, right, Title, Claim, Interests & Demand whatsoever the said John Perry of in & to the said land & premises & every part & parcel thereof To have and to hold all and singular the said land above mentioned & every part & parcel thereof with the appurtenances unto the said Abraham Perry his heirs & assigns forever, and the said John Perry for himself his heirs, the said land and premises and every part and parcel thereof, and against all & every other person or persons whatsoever the said Abraham Perry his Heirs & assigns shall and will warrant & for ever Defend by these presents. In Witness whereof I have hereunto put my hand & affixed my seal the Day & Year above written.
Signed, Sealed, & Delivered in presents of: John Perry seal
Wm Moson (sp?), H. Steavens.
Bertie County October Inferior Court, AD 1761
The above Deed of Sale was in open court duly proved by the Oath of Wm Moson (sp?) on Evidence thereto and on Motion thereto was ordered to be registered.
Test John Johnston CC transcribed by Zane Perry

James Holley, Jr. to Abraham Perry – November 30, 1769
Deed Book L page 219 Bertie County, North Carolina
Know all men by these presents that I James Holley Junr of the province & county aforsd. Planter for & in consideration of the Sum of Twenty three pounds ten Shillings proc. money to me in hand paid before the Ensealing & delivery hereof by Abraham Perry, Planter of the province & county aforsd. do give, grant, bargain, Sell, alien, convey & confirm unto him the sd. Abraham Perry, his heirs & assigns for Ever one certain tract of Land containing ninety acres more or less Situate lying & being on Pell Mell pocoson part of a Patent taken out by Mordecai White Senr. beginning at a pine running thence So. 60 Est 262 poles to a poplar thence running a line of marked trees to a pine thence to the first Station. To have & to hold the above granted & bargained premises with all appurtenances, Priviledges & commodities to the Same belonging or in any wise appertaining to him the sd. Abraham Perry, his Heirs & assigns forever & further I the sd. James Holley do Covenant to & with the sd. Abraham Perry his Heirs & assigns forever that before the Ensealing & delivery hereof I am the true Sole & lawfull owner of the above bargained premises & am Lawfully Seized & possessed of the Same in mine own proper, good, right & absolute Estate & Inheritance in fee Simple & further I the sd. James Holley do bind myself my heirs Exrs. & Admrs. to Warrent & defend the sd. Sale & premises unto the sd. Abraham Perry, his heirs & assigns forever against the lawfull claim of any Person or Persons whatsoever free & clear & freely & clearly from all manner of Incumbrances of what kind or nature Soever (Quitrents Excepted). In Witness whereof I have hereunto Set my hand affixed my seal this Thirtieth day of November 1769. James Holley [seal]
Signed Sealed and Delivered
In presence of
George [his G mark] Droghan [seal]
William [his W mark] Boyce [seal]
Decemr. Court 1770 Interlined before Signed these Words (Ten Shillings)
Bertie County. This Deed was acknowledged in open Court and due form of Law by the abovementioned James Holley & ordered to be Registered.
Test. John Johnston CC transcribed by Zane Perry

Arnold had a son Nathaniel; Nathaniel had a son Elias; Elias has a son Ballard, who had a son Andy, who had Ronald, who is father of Zane. 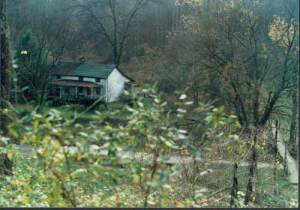 “the Elias Perry & Rhoda Jane Marcum Perry home
is on Mill Creek in Wayne County, West Virginia”
“Each year in Sept. there is the Perry/Maynard reunion at Cabwalingo State Park and it will average about 3,000 cousins, aunts and uncles from W.Va. and Ky.” Dale E Perry

Bertie County May Term 1787 – The within Deed from Abraham Perry to Arlan Perry Robinson was proved in due form of law by the oath of Robert Hendry one of the Subscribing and Ordered to be Registered. Stevens Gray C.C.
transcribed by Zane Perry

e-mail from Sally – Zane – I was looking through the Bertie Co Orphan Bonds and came upon these.

e-mail from Zane -I am excited to hear about Assenith Perry Roberson and Ellen Perry Roberson. Actually, Ellen could really qualify as my Arlen/Arnal, if someone wasn’t paying attention to spelling. Arnold and Ascenath “Sena” had a sister named
Elizabeth, who was known as “Betsy”, so perhaps the Ellen was Elizabeth… or perhaps Ellen is simply another sibling I didn’t know about?

Solomon Stone was certainly the son-in-law of Abraham and Ann Perry during the 1760s to 1788, when Abraham was struck by lightning while in his field working with some slaves. Solomon Stone seems to have gotten caught in having to settle a deed with Mary Robinson (also written Robeson on her 1799 Onslow County Marriage License to Arthur Venters) in 1788 following Abraham’s death. At that time, Mary Robinson and Arlen Perry Robinson and Ascenath Perry Robinson all got land settlements from Abraham Perry’s estate, via Solomon Stone (executor of Abraham’s estate). My current conclusion is that Mary Robinson was Abram’s mistress, and that following his death the estate settled with her to keep her quiet about the affair. I would think that if Solomon Stone was still associated with Abraham’s children (albeit illegitimate) that it would be natural for him to be their bondsman to learn a trade. I believe, too, that Sparkman Stone was another brother to Solomon (husband of Priscilla Perry) and William Stone (husband to Sarah Perry, and all three sons of the Benjamin Stone whose house was used to sell the estate of John Jones in 1758).

from Sally – Zane – looking again at the bond I think it is quite possible that Ellen
is your Arnold as he was bound to a shoemaker – usually the girls would be bound to learn spinning or housekeeping.

Zane – It is interesting, too, that Abraham Perry was listed on at least one deed in Bertie County as ‘shoemaker’ (in addition to ‘Planter’ in other deeds), which is interesting again, considering the bondsman (Sparkman Stone) is a shoemaker, and the illegitimate son (Arnold) is bound to learn shoemaking. Since the Stones and Abraham Perry lived side-by-side on the Chowan River, and since they were all involved in shoemaking, it would be interesting to find whether they were operating a joint enterprise. Incidentally, colonial NC shoemaking has been found to have been a more lucrative way of processing hog leather and realizing a profit in Europe than with the raw product (Morocco was still producing ample leather to meet European needs). I do not know whether Arnold Perry still practiced shoemaking after the 1790s.. . I would like to have solid evidence proving Arnold’s descent (albeit illegitimate) from Abraham Perry and Mary Robinson. The birthdate of December 1784 fits exactly with Arnold R. Perry’s true birth year, so I would guess that Ellen truly is Arland/Arnal on the bond.

You’ve made me wonder a lot about John Perry’s birthdate — that’s for sure. At times I think of how hard it would be to marry (2nd time) a woman who was born in 1705 while you already had a son born by your 1st marriage only ten years later in 1715. It seems even tougher to imagine that the man would be born in 1680 a full 25 years before his second wife was born in 1705, although not difficult to imagine him living to age 80. His son John Jr. lived to 70, his grandson Abraham died prematurely from a lightning strike around age 48, Abraham’s son Arnold lived to at least 76, Elias lived to be 65, Ballard lived to be 69, and my grandfather lived to be 77. If John Perry
did indeed live to be 80, then he has the best track record so far of all my Perry ancestors. 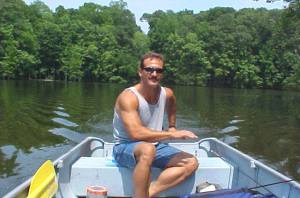