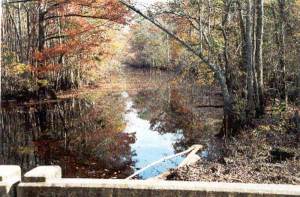 Children of George Eason and Ann:

e-mail from Marilyn Owen
Dear Sally,
Abner Eason is also one of my husband’s ancestors. As is shown in Abner’s will, proved 1794, Bertie Co., NC, he decrees: “I give to my grandson Jethro Lassiter, 2 negros, Phillis & Idey. I give my grandson Robert Lassiter one negro boy named Ison.”

Grandson Jethro Lassiter was the son of Frederick Lassiter and his [unknown named] 1st wife, a daughter of Abner Eason. It has been assumed that grandson Robert Lassiter, was also a son of Frederick, but THIS IS INCORRECT. Grandson Robert Lassiter’s mother, was another [name unknown] daughter of Abner Eason. [both daughters had pre-deceased Abner].

Hance Hofler was maried in Perquimans County 30 Nov 1765 to Sarah, the widow of Jacob Docton of Chowan Co. Joseph Smith was bondsman and John Harvey Jr was witness.

Thomas Docton was born about 1670 in Anne Arundel County, MD son of Thomas Docton. The name is sometimes written as Dockton

Thomas Docton received 150 acres in Nansemond County in the will of Symon Hoges written 15 March 1676 and proved 20 June 1676. He was still a minor at the time and was living in Anne Arundel County Maryland.
He had removed to Perquimans County NC by 1703.
Thomas was a Justice of the Peace 1731 – 1741.

William Eason 27 Jan 1734/35 – May Ct 1736 Bertie Co NC
— wife Anne – use of my plantation during her widowhood
–son William – when he is twenty one
— son George – when he is twenty one
— my brother George shall bring up and look after son George until he is 21.
— at wife’s death or marriage, all my horses, cattle, etc shall be devided among all my children.
EX: brothers Thomas Eason and George Eason
Wit: Henry Baker, Samuel Smith, John [x] Hennard

e-mail from Bob Melson melsonr(at)earthlink(dot)net: I believe my 3g grandfather, Joseph Sydney Eason (b. bet 1782-1789) may descend from George, Sr., via his son Moses. There are a couple of indications that, in addition to the daughters mentioned in George’s will, Moses had three sons, among them a Rice Eason (b. abt 1760, d. ? 1805). Rice fits the age and location profile to be the father of Joseph Sydney, but I can find nothing that makes me leap up with cries of “Eureka!” regarding his parentage.
My line, btw, as I _think_ it might be: George Eason Sr -> Moses -> Rice -> Joseph Sydney -> Manerva Caroline (m. Samuel Studdard) -> Arvaline Wynn (m. John B. Gresham) -> Nan (m. Walter D. Melson) -> Gresham Eason -> me. I have sufficient proof for Joseph Sydney forward but am not satisfied with Joseph’s own line of descent. RGM