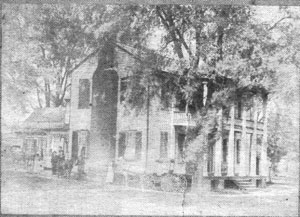 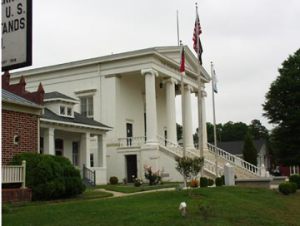 SAMUEL CALVERT and MARGARET PROBY were married 25 June 1817 in Hampton, VA. Both had been previously married and widowed. Sam had first married on 27 Feb 1814 LOUISE COLLINS GLENN 1798 – 23 Nov 1816.
MARGARET PROBY had married in Hampton, VA when very young a sea captain, SAMUEL WYNANS, who died at sea.
Sam and Margaret Calvert moved to Jackson in 1823 and built “the Elms.” 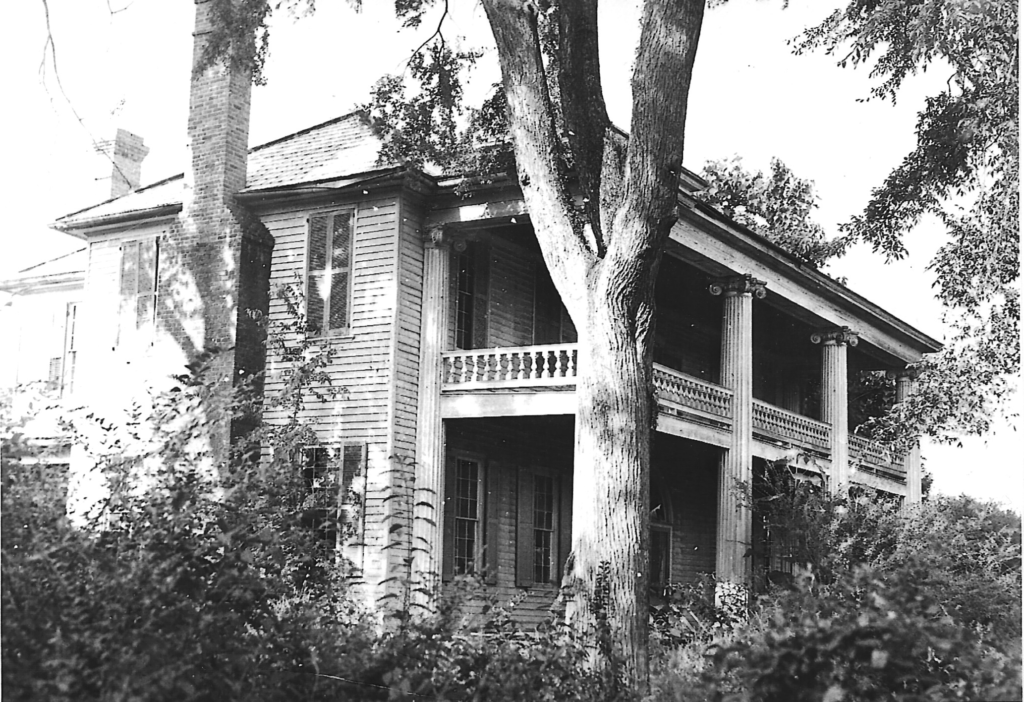 SAMUEL CALVERT was born 16 Sept 1792 in Smithville, VA, son of SAMUEL CALVERT ca 1763 Norfolk, VA and MARY BASSETT MOSELEY of Virginia.
There is a well-attested story that one of his seafaring uncles took him at the age of eleven on a voyage to South America, probably with the notion that the boy would want to follow the sea.
Instead, he moved with his father to Southampton County, Virginia.
His brothers Matthew and John Marsden Calvert were living in Northampton County at the time of the 1830 census.
Sam was the Register of Deeds in Northampton County, NC from 1842 until 1855.
“At the time the town of Jackson was laid out, Samuel Calvert acquired a majority of the lots. It was he who gave the land for each of the three churches in the town–Episcopal, Methodist, and Baptist”Henry Lewis
Sam also gave land for a school and the Masonic Hall.
He operated for some years the Hotel in Jackson.
He died testate in Jackson on 3 Sept. 1881.
He lies beside his wife in the cemetery at Church of the Savior.
“When he died at the age of eighty-nine . . . The vestry adopted resolutions memorializing his long service: “… One who will be sadly missed by those who so often shared his hospitality, and by the poor, the helpless and the needy.
He was a representative man of business and public affairs. He possessed quick perceptions, good judgment, and conservatism.
He made an enormous fortune that disappeared as the result of him being surety for his friends.
He was a member of the House of Commons from Northampton in 1833 and the Constitutional Convention.” Henry Lewis in “Northampton Parishes.” 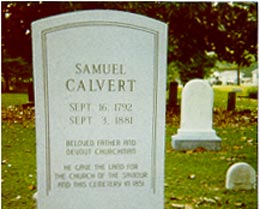 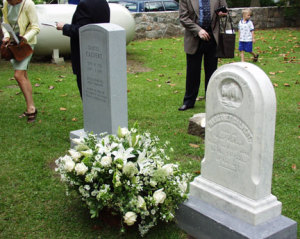 MARGARET [MARY] PROBY was born ca 1792 Hampton, Elizabeth City County, VA the daughter of James Proby and Casiah Eastwood.
She married in Hampton, VA when very young a sea captain, SAMUEL WYNANS, who died at sea.
She died in Jackson, NC 13 Nov 1867 in her 74th year.

Home of Sam and Sallie Calvert 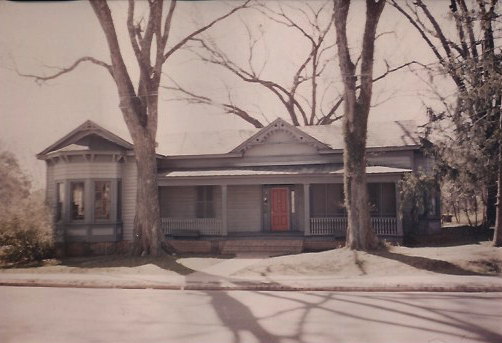 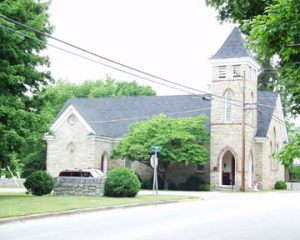 Church of the Savior in Jackson 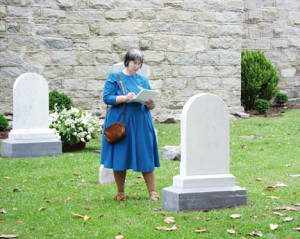 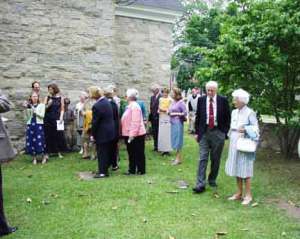 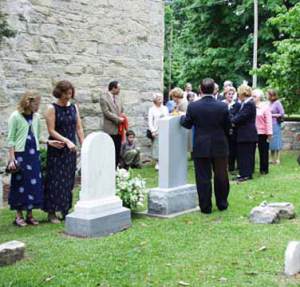 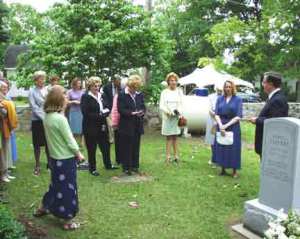 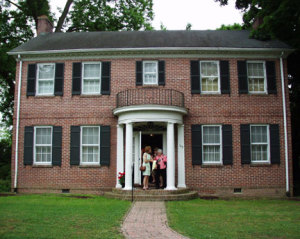 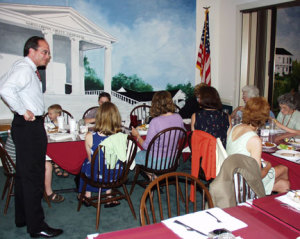 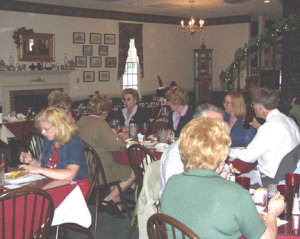 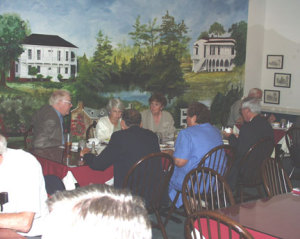 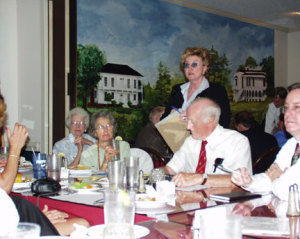 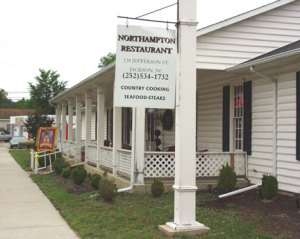 Tales of Jackson:
Cousin Helen said that when she was a child at Mulberry Grove the received wisdom was “Civilization ends at Jackson –
everything to the west is a howling wilderness.”

The story that Aunt Sally Calvert told Helen. “A very large Calvert man got into a fight with a very small doctor. The large man was giving the doctor a savage beating and was plainly going to kill him with his bare hands. The doctor pulled out a small pen knife. Being trained in anatomy, he knew exactly where to stab his adversary and so killed him. This affair was considered a private matter, and nothing was done to the doctor by the authorities.” This story was told to Cousin Margaret by her mother Helen. As a young woman visiting Jackson, Margaret asked Aunt Sallie about this incident. Uncle Sam was present and gave her a ferocious glare.
The subject was dropped immediately with no further discussion.

Aunt Sally Moore Calvert told that when she came to Jackson as a bride there was an old crazy woman who was kept in chains and lived at the jail.
During the day, she was allowed to wander around the town.
At night she returned to her quarters in the jail.
The men and boys were forever playing pranks on her and having great fun at her expense. She would often go to the graveyard and talk to the dead.
One of the men decided this would be an excellent way to have a good laugh. Therefore he went to the cemetery one morning and laid himself on a low, marble tomb. In a little while, the woman walked over to where the man was lying.
He groaned and carried on as if he were a spirit in great distress.
Well, the old woman knew who was buried there.
“John Jones, you don’t need to call on me for help. I know where you are and don’t intend to do a thing to help you.”
Thus the laugh was on the prankster and not the old woman.

A Grief Stricken Town Mr. Editor:– The Fell Destroyer has played havoc with our little community during the past two weeks. First, He carried Mrs. D. A. Jordan (nee Miss Mary Calvert) to the portals of the Great White Throne. Within two days He appeared again and took from us Mrs. W. C. Bowen (nee Miss Josie Southall), a lady known to many Murfreesboro citizens. Hardly had the cold earth covered her remains, when the town was again crushed at the announcement of Mrs. George P. Burgwyn’s death. The Great Destroyer came to her so on the instant that no one could believe it possible.
After three days, He visited us again and took from our midst Mrs. Brown, for a long time Sextoness of the Episcopal Church, and the general nurse in case of sickness for the entire community. She gave up her life through nursing the sick.
On Sunday last, we we were again called upon to shed tears –Mrs. Mrs. Ellen M. Moore, widow of the late Dr. Cornelius E. G. Moore, passed away.
Out little town is in deep mourning and when one citizen meets another, he is asked, “Who will be the next?”
Such a winter we have had and our poor suffer so much from lack of fuel, provender and the necessities of life.
“Murfreesboro Index”, John W. Hicks, ed., Murfreesboro, [Hertford County], N.C.
Friday, Feb. 10, 1893 [Vol. VIII, No. 25] [excerpt from “From Time into Eternity” CD-ROM by David Powell, Winton NC: Liberty Shield Press ¬©2004]

In North Carolina Mr. Calvert became a large landowner and for a number of years operated the hotel in Jackson. At the time of Nat Turner’s Insurrection in late August, 1831, people in the areas near-by became alarmed. “It was rumored that Nat was headed toward Northampton County. The militia was quartered in the old Clerk’s office for the protection of our people. The signal was to be the firing of a gun should Nat be coming this way. That night the soldiers were frolicking and accidentally fired a gun. The people near enough to hear it rushed to town in a panic, and more came as the rumor spread.” Something had to be done to house these frightened people. Mr. Calvert’s hotel was the only place big enough to take care of them. At the time Mr. Calvert was staying near Warrenton with some of his “sporting friends,” and, according to his grandson, Mrs. Calvert felt she had better send for him. He made the trip home in record time.
Most of Mr. Calvert’s hospitality on this occasion turned out to be free.
When the legislature met, Dr. Godwin Cotton Moore of Hertford made an attempt to have the state compensate Mr. Calvert for sheltering these refugees but was unsuccessful. When General Lafayette made his triumphal tour of the country, he entered North Carolina near Murfreesboro. In the course of his trip from there to Halifax, and later to Raleigh, he and the escorting party passed through Jackson. Mr. Calvert’s hotel served to welcome the distinguished Frenchman. Henry Lewis in “Northampton Parishes”