In 1825 the widow, Esther Cotten Moore, married as her second husband, the widower, Capt John Jones of Lawrenceville, Brunswick County, VA
who they tell us was known locally as “Hell-Cat” Jones. [His father a lay minister was called “Hell-fire” Jones.] They lived in a huge brick house with a slate roof (seven windows across the front) on a bend of the Meherrin River. Esther died 6 September, 1854 at her home at Lawrenceville, VA. 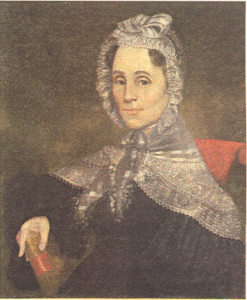 Mrs. Esther Cotten Moore Jones
the original portrait by James McGibbon
that was at Mulberry Grove and Maple Lawn.

“On one of my visits home my nephew James had me drive him and his sister Debbie to Lawrenceville VA to try to locate the house that the Major John Wheeler Moore, the historian and poet, had described as the most beautiful house he had ever seen located on a bend of the Meherrin River, the home of his grandmother which he had visited often as a child.
It was a Saturday, and we stopped the postman and asked if he knew about Capt John Jones and his handsome home. No, he didn’t but he thought we should go talk to Mr. Jones, who was an authority on the local history. He was quite elderly at the time. He was no relation to Capt. John Jones but he knew just who we were talking about. “Oh, you are looking for old Hell-Cat Jones,” he said. We spent a couple of hours talking. He told us there was a memorial to Hell-Cat on the outside of the Court House and that we really should have come during the week when the court house was open. He also told us that at that time the house still belonged to descendants and that they had used the place as a summer house up ’til the fifties. That they had removed the beautiful woodwork and installed it in a new home. I didn’t record all this, but my nephew at 15 was a much more meticulous researcher. Mr. Jones also pointed out the way to Hell-Cat’s house but wouldn’t go with us– so we having gone that far, ignored all the no trespassing signs (after all, we were family) And took a look at the place. The immense size of the house was quite impressive. The roof was slate. All the dependencies were in a state of collapse and the dining room wing which was of wood was deteriorating. It might have had a view of the “beautiful” Meherrin river a hundred years before, but was quite grown up with trees and I could not discern the river from the house. We made our way around the place taking it all in. Snapped the pictures of the house and left, all of us quite pleased and satisfied with having actually located the house we only knew from those couple of lines in a book. Were the rest of the family surprised! We had the pictures as evidence that we had been there. It was a great adventure.”

Mary Ann’s family name was Walke without an R on the end.
John Cargill Jones practiced law both in VA and AL., served in the Alabama Legislature, and later became a Baptist Minister. He was the minister of Camden Baptist Church when he died.
It is said that his wife was an Episcopalian, so much so she took her children to be baptized in that church while her husband was preaching mightily in the Baptist Church. 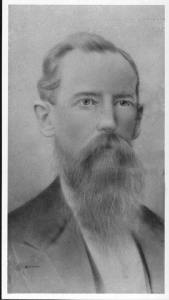 the story his children heard – “he met Camilla at her mother’s “boarding house” in Tennessee on his way to Texas, and married her quickly.

e-mail from Cia “My grandmother used to tell of living in Austin, where Grandmother Daniel owned nearly a whole city block near the governor’s mansion. Brother and sister Jones married sister & brother Daniel, and the little double-first-cousins enjoyed adjoining backyards and were the best of pals. My grandmother always referred to her cousin Camille as “Cuddy”. (I only vaguely remember hearing “Doods”, but other family members might have called her that).” 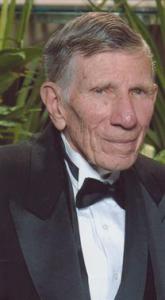 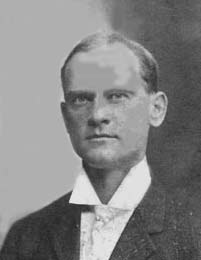 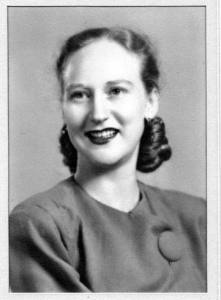 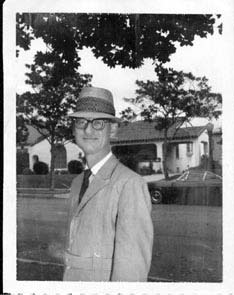 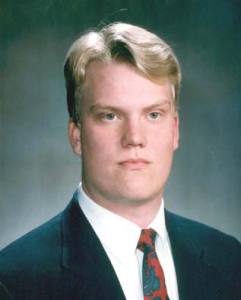 “Colonel John Jones, born 14 Feb 1735, died 11 Jan 1803
and married 22 July 1758 [Sussex Co] Elizabeth Binns, daughter of Judith [Eldridge] and Charles Binns, born 11 May 1740 died 28 Jan 1803.
[see Binns VHG 281]
Colonel Jones moved to Brunswick County about 1757.
. . He was a Justice 1760-65, Sheriff 1773 -75, County Clerk 1789 – 93,
Vestryman and Church warden 1755-59,
County Treasurer 1771,
member of the House of Burgesses 1772-3,
Member Va Senate 1776 – 89,
Speaker of the Senate 1788-89,
member of the VA Convention of 1788,
Colonel and County Lieutenant in the militia, the last from 1778 to 1789.”
This author in Boddie then speculates that he probably saw active service in the campaign of 1781 and earned the nick-name “Hellcat Jones.”
But, the local historian told us in 1969 that this name came about because this man was also a lay minister and the locals called HIM “Hellfire Jones” because of the nature of his sermons and John Jr being a regular little “Hellcat” was given that moniker
On 21 May 1935 the Colonel Banister Chapter of the DAR unveiled a bronze tablet to his memory. I recall that is mounted outside near the front door of the wall of the Court House. — our guide showed this to us when we visited in 1969.
“In 1772 member of the VA legislature from Brunswick Co.
In 1777-1780 member of the VA Senate representing Brunswick, Lunenburg, and Mecklenburg Counties.
In 1787 he was elected Speaker of the VA Senate.
He was in charge of the Militia of Brunswick & Adjoining Counties in defending the Fords of the Stanton Rivers in the Revolutionary War
and in 1781 fought Tarleton. Tarleton gave him his nickname “Hellcat” because if the vigorous defense against him.”
from the application of Edwin F Jones to the Arizona Society of the Sons of the American Revolution

Richard Jones married Ann Hamilton, daughter of George Hamilton. She died 21 Feb 1774 age 66 as recorded in the Albemarle Reg. Sussex Co, VA. Richard Jones died 18 Feb 1774 in his 66th year. “They had been wedded about 50 years.” These entries were certified by Hamilton Jones.

e-mail 12/22/03 from Elizabeth Guy:
I emailed you the other day about Elizabeth Binns 1740-1803 who married John Jones. Well, her brother was Charles Binns Jr. and was the clerk of the court in Loudon Co, VA. [His son Charles Binns III succeeded his father as clerk.] They held this position for 82 years and much of the county business was held at Charles Jr’s house “Rokeby”. Well, when the British were burning Washington during the War of 1812, it is said that important papers like The Constitution and the Declaration of Independence were hid there! Charles Binns Jr was already dead by that time (d. 1800) but I would image that the house was still in the family. I found this info on the internet under “Rokeby”.
http://www.behelp.com/route50/places/rokeby.htm John Cargill was a student of theology at the University of Glasgow, Scotland.
He found life as a missionary among the Indians in America a more desirable prospect than continued religious dissension in his homeland.
He went in 1708 to the Leeward Island and then to Virginia.

The following is his answer to the Bishop of London in 1724: “I have been here sixteen years. My parish is twenty miles in width and one hundred inhabited in length, being a frontier-parish. It has three hundred ninety four families.
The school of Mr. Griffin, called Christina, for Indians, is on the border of my parish.
There is one church and two chapels, and seventy or eighty communicants.
My tobacco now sells at five shillings per hundred; my salary from 30 to 40 pounds.
My glebe-house is in a bad condition and the parish will not repair it so I must look for a house elsewhere. No school, no library, in the parish.”

According to Patty B. Myers “Cargill/Cargile/Cargal of the South and Southwest”, the Rev. John Cargill (b. ca 1681, son of David Cargill and Janet Smith) married Sarah (Hamlin) Lowe, daughter of Capt. John Hamlin and Elizabeth Taylor and widow of Micajah Lowe. Elizabeth (Taylor) Hamlin’s will was dated in Prince George Co. 23 May 1720 and probated 13 Sep 1720.