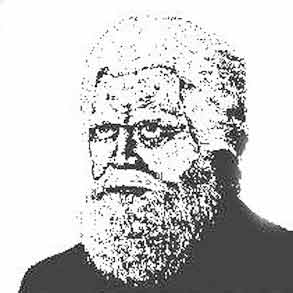 17 Feb 03 from Sherlene Mats – – her web site – My grand mother was a Cherry. Her father was Will Cherry, whose father was John J. Cherry. They were descendants of Aaron Cherry. 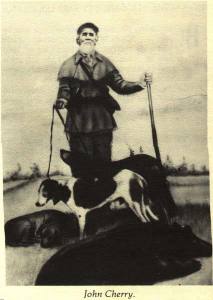 from a tin type photo 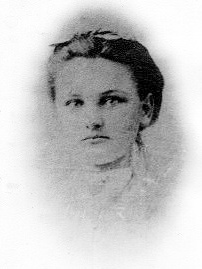 I have recently been given a copy of a letter dated November 1, 1953 , from a Homer Cherry in Kilgore, Texas. This letter and a copy of a newspaper article tell about the Cherry clan as related to Aaron Cherry. At the bottom, a hand written script ways “Moses Cherry, your ancestor, was a brother of Aaron Cherry Sr. you are a descendant of noble ancestry.”
Another letter attached listed the children (including Aaron ) of a Thomas Cherry born in Ireland who came to Virginia in 1737 and a David Cherry, born in Ireland in about 1690 who came to S. Carolina about 1750, first cousin of Thomas Cherry.
Attached is also a document from an interview with a Mrs. Ollie Jones dated July 20, 1952. This was my father’s Aunt Ollie, his mother’s older sister. It lists her sisters, father (George Riley Cherry) and mother Elizabeth Westbrook , and information about each. Do you have a source I could go to to find out more? My father and one sister are all that remain alive of the 13 children born to Rhonda Rachel Cherry and Theo Earl Ingram of Wood Co. I would love to find out more. Dad and Aunt Madie are in their 80’s and buried their baby sister this week. My links are fading fast. I would appreciate any help you may be able to give. Barbara Ingram Ford

Aarron Cherry was my husbands 3rd Great Grandfather from his daughter Sarah that married Demcey Iles in La. Sarah and Demcey had a daughter Catherine that moved to Texas between 1880 & 1889 and that is where my mother in law and husband come in. My Mother in law is 96 years old, Catherine was her grandmother and a grandchild of Aaron Cherry. Carol

I am a 3rd great granddaughter of the elusive and mysterious Aaron Cherry. I will read over all of your website later, I got it via email from another Cherry researcher. Have you ever looked at the 1826 Atascocita Census of the Liberty County Area? Aaron’s age is given in this census, and Homer Cherry’s research did not have access to this census in the 50’s, and Aaron Cherry did not live to be 110 years old. Also, the stories I have read (tradition) about why he fled Ohio somewhere between 1800 and 1810 leave wide room to doubt that Aaron lived “peaceably” until the 1776 War and was of “noble descent”. All the stories I have heard paint a picture of a wild and eccentric man who took the law into his own hands and had a temper. That isn’t to say he didn’t have any good qualities. I find him colorful and do not mean any of my comments disrespectfully, however, I do not like to embelish history, and honestly I haven’t seen proof of this line going back as far as they say and other stories praising him. Also, I do know from the 1826 census again, that he did not live from 1736 to 1846. I have in short, been very frustrated with my research on this ancestor of mine. I can tell you that in my family, there is a colorfully eccentric streak, and I think part of that may well have come through Aaron Cherry.

But I am interested in your posting, because I know that history is unfolding all the time, and I may find some interesting factual information on him.

The Cherry brothers were given land in Ohio for their services in the army, and along with other members of the family, they moved in approximately 1803; to Highland County, Ohio, and settled on land given his brother Capt. William Cherry for services in the American Revolution (According to legend, it snowed every month of the year 1816 in Ohio.), following the close of the war of 1812.

During that period of colonization, Aaron Cherry, Sr., organized a party to seek their fortune in a strange new land of their dreams, inspired by the promise of liberal land grants from the Spanish Government to colonists in Texas.

With his family and other relatives, they set out on a new adventure. They floated down the Ohio River into the Mississippi River in flat bottom boats to New Orleans, LA. There one if their party died, William Cherry, a nephew of Aaron Cherry, Sr., it was the year 1818. From there they continued their journey by sailboat. That same year Aaron Cherry came to Galveston, while Jean Lafitte was in possession of the island. However, the pirate gave them no trouble since they were from the United States and Lafitte claimed to only rob Spanish ships. A friendship between Aaron Cherry, Sr. and Jean Lafitte was forged and lasted until the latter left for Central America. Col. David Carlton Hardy who was in Texas from 1839 to 1845 later wrote in a published article that anyone who wanted to get into a fight could do so by arguing with old Aaron Cherry; he was beyond 75 years old, with hair as white as cotton; that Jean Lafitte was a pirate.

There was only one settlement in what is now Liberty County at the time. Which was the Lallemand and Rigaud party of Frenchmen, who came there in 1818 and were driven out by the Spanish in early 1819. The Frenchmen quickly abandoned their settlement near what is now the town of Liberty and escaped, annihilation by the aid of Jean Lafitte at Galveston. (According to legend, Jean Lafitte fell in love with the beautiful Madeline Rigaud, whose husband had died on the Trinity shortly after their arrival there. It is said that Lafitte loved her tenderly. She died in Galveston, and according to tradition, he buried her under the “Maison Rouge”, a famous landmark in Galveston, Texas.)

In 1819 the party came up the Trinity River to Drews’ Landing, near what is now Shepard, Texas, and lived alongside the Coushatta Indian village until Aaron Cherry, Sr. was granted a league of land, 4428 acres, by the Mexican Government in Liberty County.

Aaron Cherry, Sr., built a double log house on his league of land on the East bank of the Trinity River about 1834, near the present town of Romayor. This location is now part of the Plantation Ranch. There was a large painting of the original Cherry home in the museum at the headquarters of the Ranch.

The Cherry family lived undisturbed among the Indians all through the revolution that caused Mexico to become independent from Spain and was identified with them for many years. They learned to speak the Indian’s language as well as they could speak their own. Family tradition says that Aaron Cherry, Jr. became a sub-chief in the Coushatta tribe. However, he got into trouble with the Big Chief over killing a horse and left the village.

It is evident that the friendly Indians protected the Cherry party. The friendship established by Aaron Cherry, Sr. has lasted down to the present generation. When the United States Government erected a monument to his memory for his service of the Revolution, Chief Ti-Ca-I-Che of the combined tribes of Alabimo and Coushatta Indians in a formal ceremony put his blessing on it and laid a wreath of flowers on the grave of Aaron Cherry.

In 1843, Sam Houston built his home near Aaron Cherry’s, and established the post office of Grand Cane. The old Concord Baptist Church organized in 1845 with Margaret Houston as one of the charter members was built on Aaron Cherry’s land. His son, William, and other family were among the early members, but there is no record of him ever being a member.

Sam Houston often visited the home of Aaron Cherry. On one occasion he wrote a letter dated “at A. Cherry’s, 80 miles From Houston, dated July 10, 1838, addressed to Dr. Ashbel Smith. It requested that in company of Mr. Jno. R. Johnson, the bearer, the doctor was to “come forthwith risking all hazards” on account of the illness of Mr. Ross, “who has been sick three days.”*

Aaron Cherry lived to see his land become part of the Republic of Texas and later a part of the United States. After he became too old for the chase of the hunt, his sons ran a big black bear into his yard and let him shoot it. This was the last bear he ever killed, he died October 2, 1856 and was buried in the shade of a stooping oak tree near his home, which is now in the Cherry cemetery. The old home was afterwards abandoned and later destroyed by a forest fire. The exact date is not known.
*From the writings of Sam Houston, 1813-1863, edited by Amelia W. Williams and Eugene C. Barker, Volume II; page 262-63